Colombo Kings is expected to win this match. 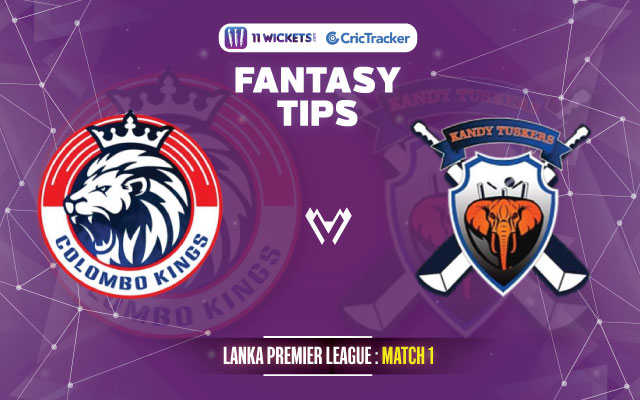 The 1st match of the Lanka Premier League will be played between Colombo Kings and Kandy Tuskers at the Mahinda Rajapaksa International Cricket Stadium, Sooriyawewa, Hambantota.

This match is scheduled to start at 07:30 PM Local Time and IST. The game will be telecasted on Sony Six.

The inaugural edition of the Lanka Premier League will kick-off on Thursday in Hambantota. The opening game of the tournament will take place between Colombo Kings and Kandy Tuskers The Kings boast of some of the best players in the format and have good local players like Angelo Mathews, Chandimal and Udana in their line-up. Kandy Tuskers faced a lot of problems with their players pulling out at the last moment. But they have managed to assemble a decent squad with the likes of Irfan Pathan, Dale Steyn and Munaf Patel taking part.

There is no chance of rain with a pleasant evening likely to welcome both the teams for the tournament opener. The temperature is expected to be around 27-28 Degrees Celsius.

This is the first game of the season in Hambantota and we can expect a fresh and hard wicket. However, the surface at the venue is known to host low-scoring matches with spinners getting extra assistance.

Sohail Tanvir tested positive for Covid-19 and is unavailable for this match.

Dale Steyn is set to miss this encounter as he’s yet to reach Lanka.

Also Read- ICC Awards of the Decade: All the categories and nominations you need to know

Kusal Mendis scored a lot of runs in the Army Commanders League at an average of 91.5 and a strike-rate of 167.89. Irfan Pathan looked in great touch with the bat in the Road Safety World Series earlier this year. His all-round skills will be useful for Kandy Tuskers. Andre Russell is the best T20 all-rounder when he is in form. Despite having a not so good IPL, he will be a great pick in Fantasy XI. 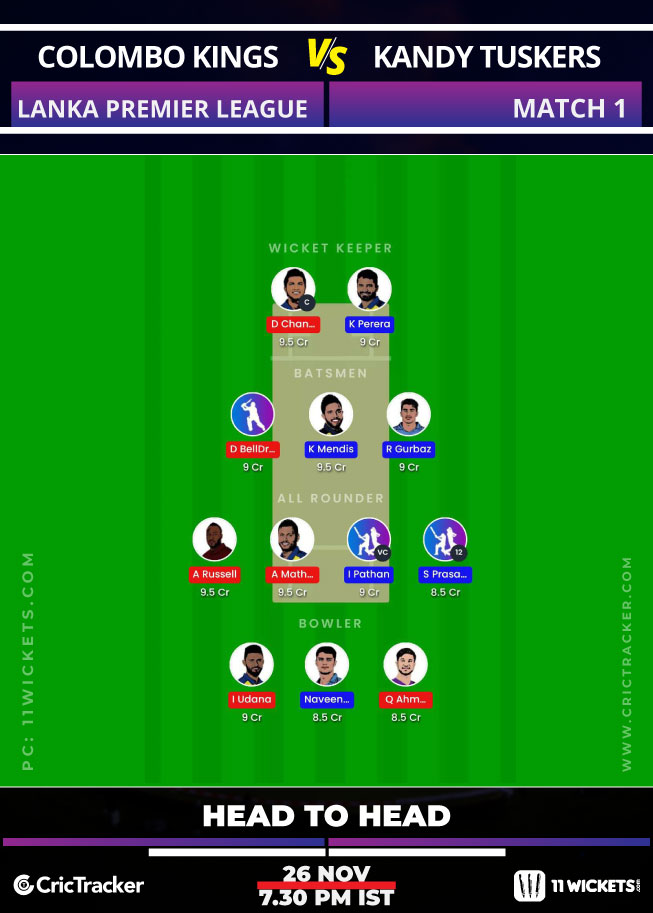 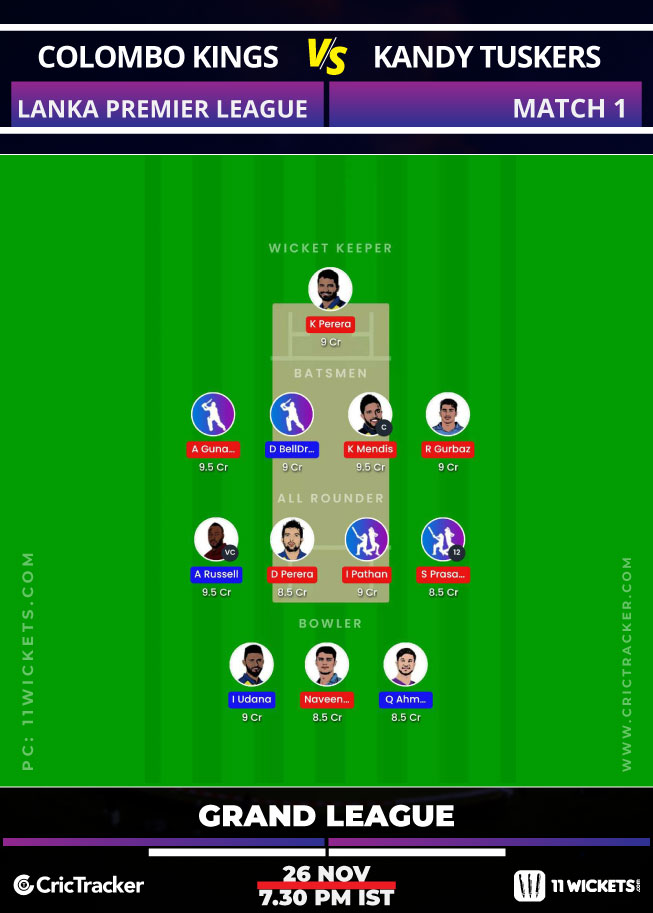 Dinesh Chandimal was in great form in the recent Army Commanders League and scored runs at an average of 48 and SR of close to 151. He can be made captain of your Fantasy team.

Colombo Kings is expected to win this match.