Roston Chase is a good captaincy pick for this game. 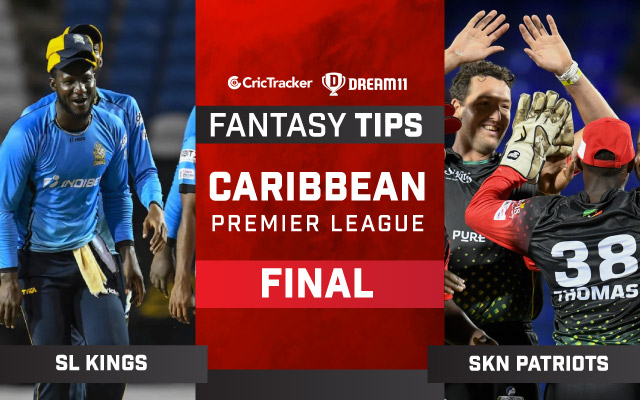 St Lucia Kings will be up against St Kitts and Nevis Patriots in the high-voltage final of Caribbean Premier League (CPL) 2021. The encounter takes place at the Warner Park in Basseterre, St Kitts on Wednesday (September 15). Both teams have had a similar campaign so far and it would be interesting to see who emerges victoriously in this game.

Notably, the Kings defeated defending champions Trinbago Knight Riders by 21 runs in the semi-finals to qualify for the ultimate clash. On the other hand, the Patriots thrashed Guyana Amazon Warriors by seven wickets to make a place in the finals. It has to be noted these two sides locked horns twice in the league stage and the Kings emerged victoriously both times.

It’s the same surface with relatively more purchase for the spin bowlers. The batters need to utilize the powerplay well as the runs are hard to come by in the middle and death overs. By considering the last few matches, it’s better to bat first on this track.

Evin Lewis has been in red-hot for this season and hence, St Lucia Kings bowlers must beware of him. With 420 runs, he is currently the leading run-scorer of CPL 2021.

Roston Chase is contributing in every game in this tournament with his all-round skills. He is currently the second leading run-scorer this season, with 403 runs in 11 matches at an average of 50.37. With the ball, he has scalped 9 wickets.

David Wiese is a must pick for your fantasy teams. After all, he produced a match-winning five-fer in the semi-final clash against Trinbago Knight Riders. Overall, he has taken 10 wickets this season.

Jeavor Royal has got good variations in his arsenal. He is a wicket-taking bowler and scalped 12 wickets in 9 matches.

Alzarri Joseph is a skilful bowler and he is even a decent batter down the order. He has scalped 8 wickets in 9 matches at an economy of 7.71.

Andre Fletcher is a clean striker of the cricket ball. So far in this tournament, he has mustered 218 runs this season would be raring to make a significant contribution in the finals.

SLK vs SKN Must Picks for Dream11 Fantasy Cricket:

Sheldon Cottrell has taken six wickets in seven games this season. Considering his average performances he is a risky captaincy pick for your fantasy teams.

Tim David has scored 272 runs in 11 games this season at a strike rate of 148.63. It’s worth a risk to pick him as your fantasy team skipper.

Naseem Shah has scalped just four wickets in six outings this season. Considering there are plenty of choices available in the bowlers’ category, it’s better to avoid him while making your fantasy teams.