IPL 2023: 5 Players Chennai Super Kings might release ahead of mini-auction

CSK have a chance to redeem themselves in the IPL 2023 season starting with the auction by rebuilding the squad as they finished second from the bottom in the 2022 edition. 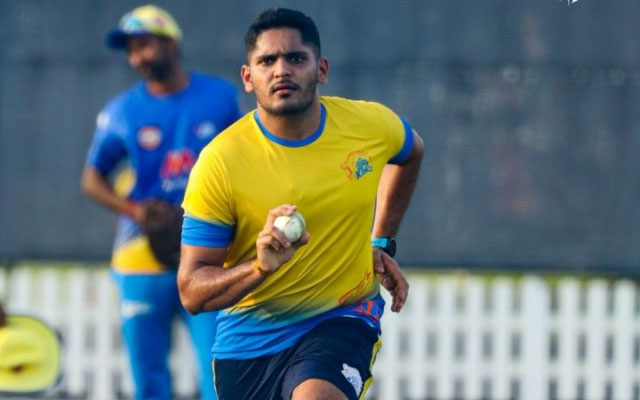 The young prospect, Tushar Deshpande was picked at the 2022 auction and got a few occasions to represent the Men in Yellow. Impressed with his performances in the Syed Mushtaq Ali Trophy 2021-22 season, where he bagged eight wickets in four matches, CSK swiftly added the player to bolster their bowling.

Moreover, the squad’s mainstay bowler Deepak Chahar who was out injured paved the way for Deshpande to don the colours of the franchise. However, Tushar was unable to create an impact with the ball and Mukesh Choudhary’s classy outings further diminished the prospect of the Mumbai speedster cementing his spot as a regular.

After picking only a single wicket in two matches in the 2022 IPL edition he was unable to add any threat with his pace, the CSK management will surely reconsider his stay with the club. Moreover, the inclusion of Chahar in the squad will make the franchise about releasing the player ahead of the mini auction.