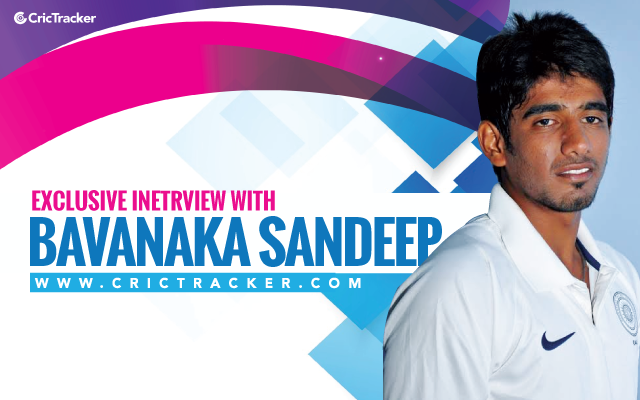 Ambati Rayudu is known to the world for his bravado be it his famous tweet after World Cup snub or the recent statements over calling out corruption in the state team. However, his teammate and one of the senior players in the Hyderabad team, Bavanaka Sandeep projects another side of the veteran batsman. Rayudu, who has been playing professional cricket for 17 years, has gained experiences through playing at various levels.

Ambati is one of the three players in the last two decades to represent India in International cricket while playing for Hyderabad. Sandeep explains how Rayudu helps the youngsters around including himself. “He (Rayudu) is a legend according to me. He is always there for the game and for the players anytime to share his knowledge. His presence in the team itself gives us so much confidence,” says Sandeep.

Bavanaka Sandeep ended as the leading run-getter for Hyderabad during the 2019/20 Syed Mushtaq Ali T20 competition. The left-handed batsman aggregated 261 runs across 7 matches. He averaged 87 in the tournament and had a healthy strike rate of 141.84. Sandeep’s average was the best for any player with 100+ runs in the tournament. 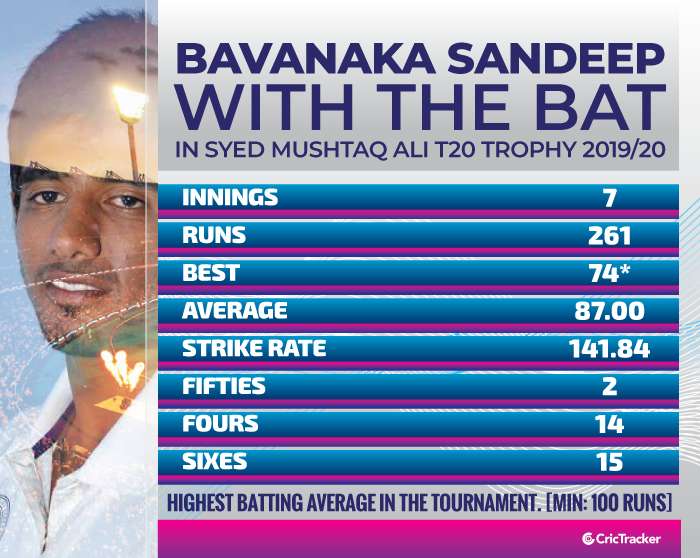 “He taught me so much in my batting. Whatever I learnt these 2-3 years from him has benefited me. You can see it in my performances in the T20s,” said Sandeep speaking exclusively to CricTracker during the Hyderabad-Gujarat Ranji Trophy match.

Sandeep is basically a batsman who could provide a bowling option with his left-arm spin. Thus far, he has picked up 39 wickets in his professional career but 14 of those came in the 2019/20 Vijay Hazare Trophy itself. Sandeep picked up a 5-wicket haul and two 4-fers in that tournament. The left-hander felt that his hard work over the bowling he has put is finally showing up.

“It’s not that I don’t work or neglect my bowling. I keep working on it and this year, the results showed up,” says the Hyderabad all-rounder. 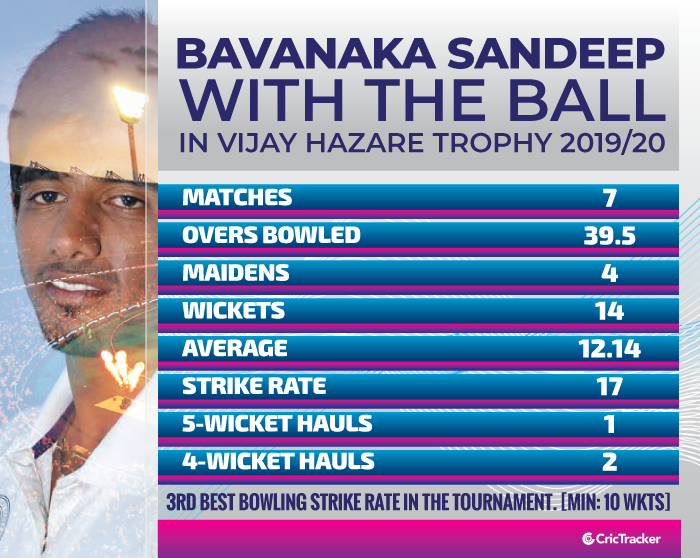 This season’s performances could help Sandeep in bagging his maiden IPL contract. The all-rounder is part of the IPL player auction list and his base price reads 20 lakhs INR. Sandeep has been around the Hyderabad senior team ever since the start of 2010/11 season in all formats of the game but is yet to earn an IPL bid. In fact, he hasn’t made it to the higher level teams regularly despite some consistent performances of late.

“Everybody wants to play at a higher level. I don’t let such things (non-selection) get my motivation down or bring down my interest in the sport,” says the 27-year-old.

Bavanaka Sandeep says he is happy to be at his best every time he plays instead of thinking too much about the things that are not in his control. He want to continue working on his game and be a reliable player for his team in all departments. “I don’t think much about it (India A / IPL contract). It’s part and parcel of the game. I do what I can control and rest I leave it to the selection. I can’t go and ask them to select.”

“This is a tough sport. We have to be mentally tough and keep waiting for your chance. You have to keep doing your things day in and day out. I want to improve as a cricketer in every format and every department,” added Sandeep.