The 7th match of the Malaysian Cricket Association T20 League 2020 will be played between the Central Smashers and the Northern Strikers at the Kinrara Academy Oval in Kuala Lumpur.

Playing their fourth match of the tournament will be the Central Smashers and the Northern Strikers when they face each other, on Friday. Both the teams coming into this match have had opposite form in the tournament. So, it would be interesting to watch which team wins this match and makes a gain on the points table.

The weather in Kuala Lumpur on Thursday is not great for the game, with the chances of thunderstorms & precipitation as high as 70 per cent. The temperature is expected to be around the 31 degrees Celsius mark.

The pitch at this ground will be helping the bowlers in the first innings and the batsman will thoroughly enjoy batting in the second innings. So, the go-to choice for the captain winning the toss would be bowling first.

Ahmad Faiz was the highest run-scorer for his team in the last match against Western Warriors. He scored a brilliant 41 off 26 deliveries

Central Smashers opener Anwar Arudin scored a quickfire 27 off just 12 balls at a strike-rate of 225. He can do well in this match also.

Virandeep Singh has been in great touch with the bat and ball as well. He scored 59 runs at a strike-rate of 160 and also picked up a wicket in his last match.

Syazrul Ezat Idrus performed well with the ball in the last match he played. He took 2 wickets and scored quickfire 14 at the end of the innings. 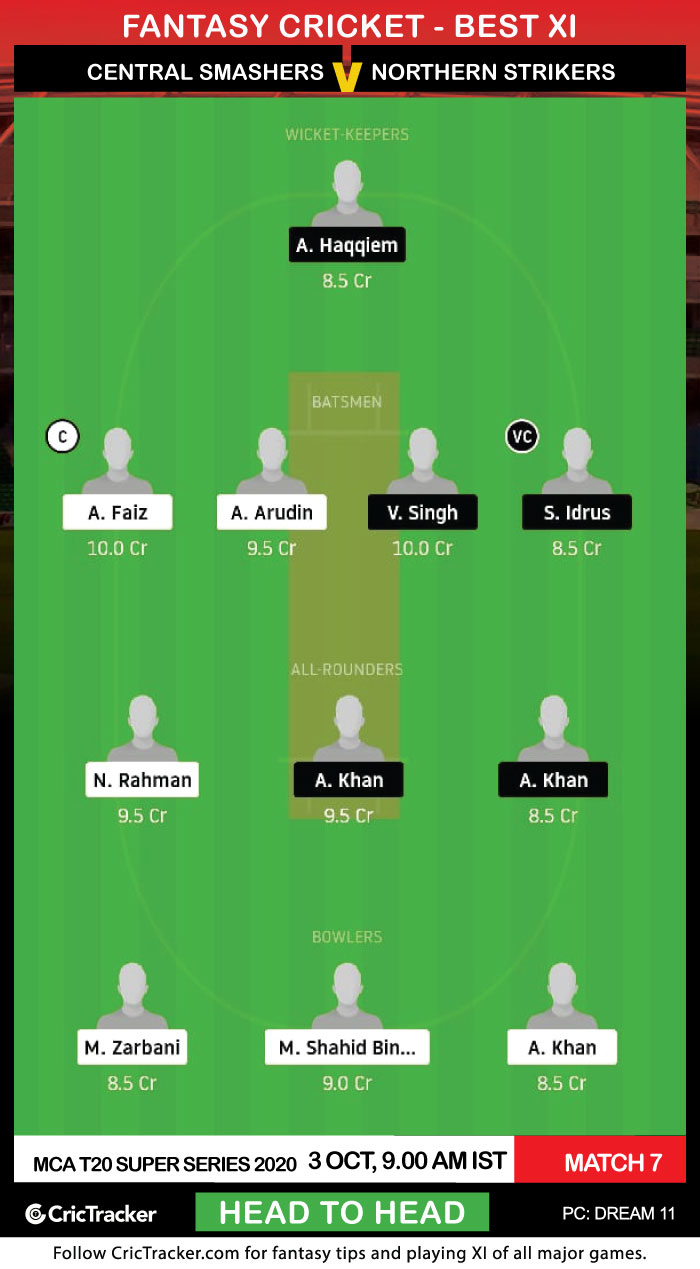 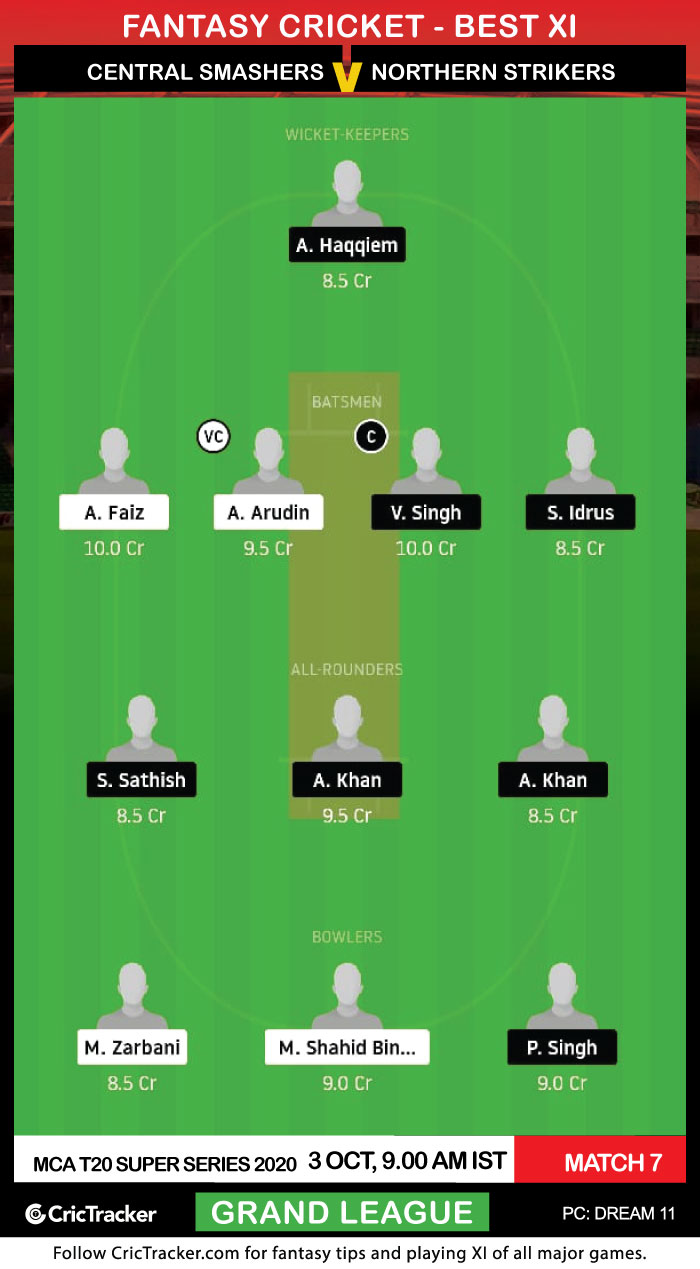 In this match, you can go in with as many as four batsmen in your team because of the form they have been in and make sure to make them as the multiplier in your grand league team.

The Northern Strikers are expected to win this match.