After a brilliant performance in the inaugural match, Southern Hitters are expected to brush aside Central Smashers easily.

The fourth match of the MCA T20 Super Series, 2020 will be played between Central Smashers and Southern Hitters at the Kinrara Academy Oval in Kuala Lumpur.

After beating the Western Warriors in their first match, Southern Hitters will focus on continuing their winning momentum against Central Smashers in the MCA T20 Super Series. The Hitters had played brilliantly in the first game as they posted a total of 186 runs on the board. The bowlers did a decent job in the second innings as Warriors lost the game by 19 runs.

On the other side, Central Smashers lost to the Northern Strikers in their opening match. The Strikers tamed them in that match as they chased down Smashers’ target of 117 runs in only 8.3 overs. Nevertheless, Smashers will look to forget that match and make a fresh start in this competition.

There are predictions for light rainfall on Thursday in Kuala Lumpur. The temperature is expected to be 29 degrees Celsius.

The pitch at the Kinrara Academy Oval is of balanced nature. It is best suited to the quick bowlers. The batsmen will find it tough to get going in the rainy conditions.

Top Picks for CS vs SH:

Unni Pravan Namit was the top-scorer for Central Smashers in the first match. Even though he scored only one boundary in his knock of 27 runs, he showed that he had the patience to bat in challenging conditions.

None of the Central Smashers bowlers could impress in the first game. However, Nazril Rahman bowled a spell of 1/24 in the game. He is a fantastic all-rounder, who has claimed 68 wickets and scored 803 runs in his T20 career.

Captain Syed Aziz will be the prime pick from Southern Hitters. Opening the innings for his team, Aziz blasted 61 runs off 35 deliveries against the Western Warriors.

Vijay Unni was the most impressive bowler from the Southern Hitters team. He returned with figures of 2/31 in the game. The damp conditions and weak opposition can help Vijay take more wickets in the upcoming game.

Suggested Playing XI No.1  of CS vs SH for Dream11 Fantasy Cricket: 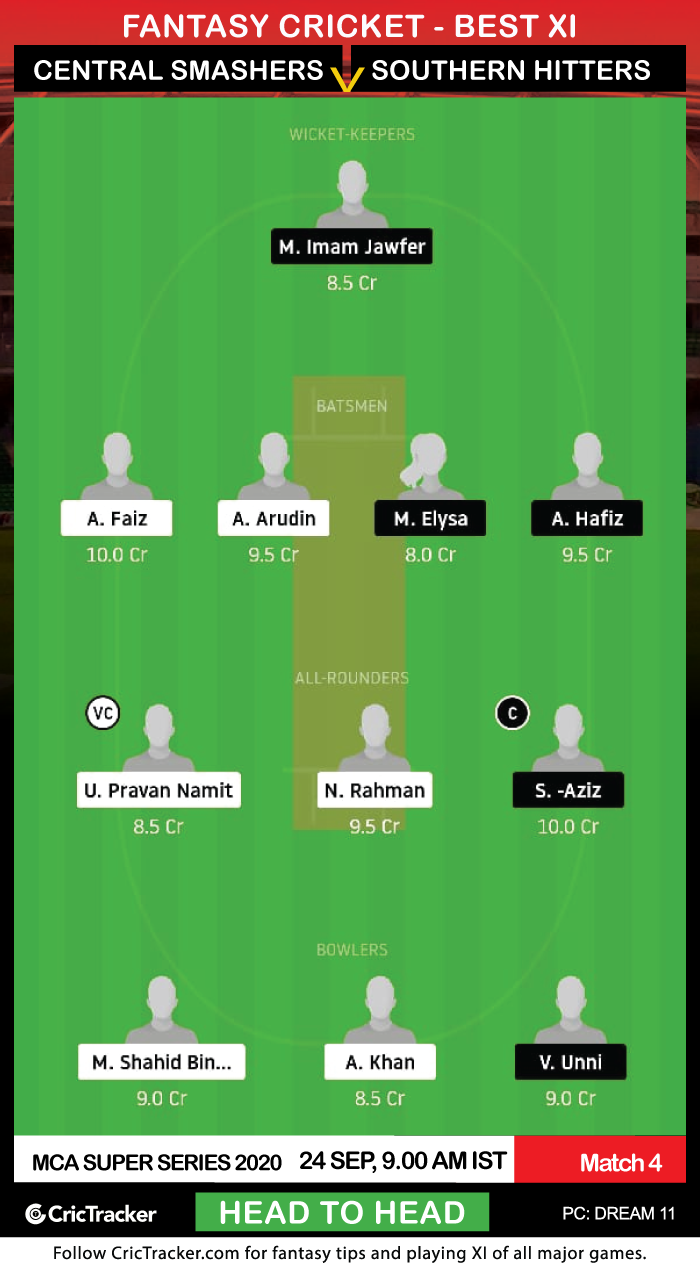 Suggested Playing XI No.2 of CS vs SH for Dream11 Fantasy Cricket: 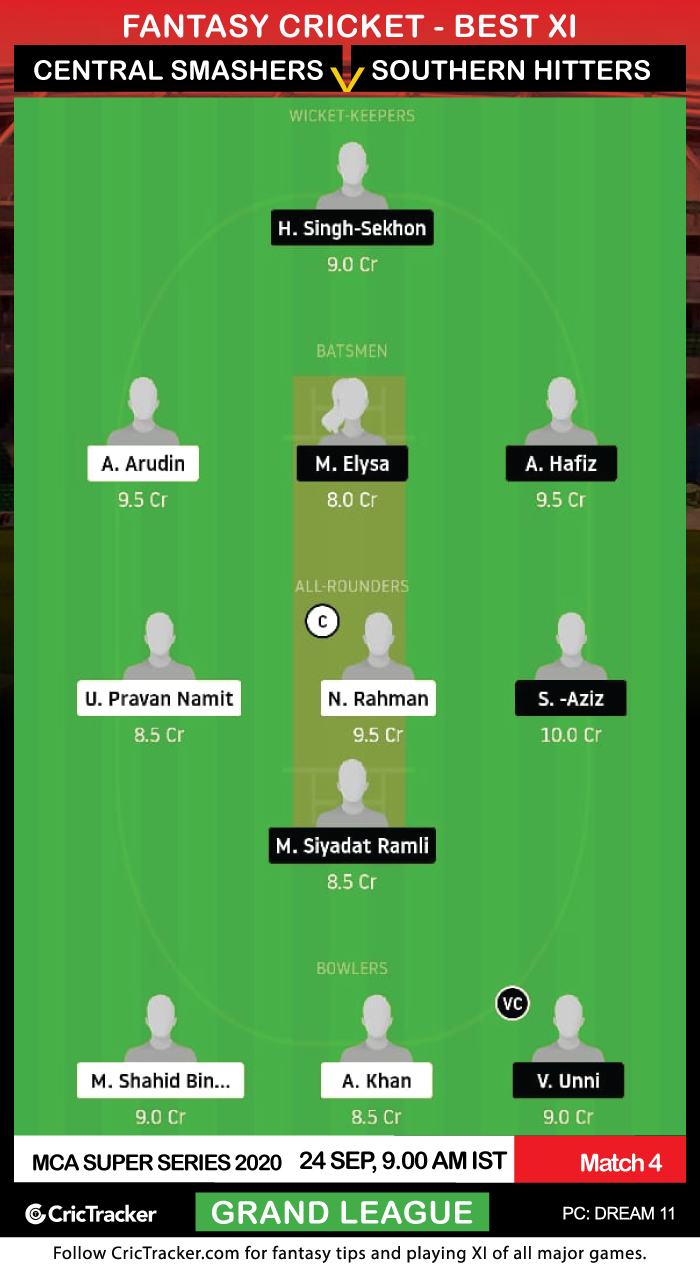 Ahmad Faiz Mohammad Noor has aggregated 1329 runs in 60 T20 innings, including four fifties. He had an off day against Northern Strikers. However, he has the talent to bounce back in the 2nd game. It is advisable to pick him in the team.

Southern Hitters are expected to win this match.