Kyle Verreynne was the third-highest run-scorer in the last edition with 680 runs.

Western Province will take on defending champions Dolphins in the Division 1 match of the CSA 4-Day Franchise Cup 2021/22, which is starting from October 29th. Western Province have got plenty of talented cricketers in the likes of Kyle Verreynne, Zubayr Hamza and Beuran Hendricks.

Dolphins went on to beat Titans in the final by an innings and 76 runs to clinch the trophy last year. They are a perfectly balanced unit, and will look forward to starting this year’s campaign on a positive note.

Traditionally, the surface here at the Newlands favours the quick bowlers on the first 2 days, and later on, the wicket is expected to become flat and making it easy for the batters to score runs. Whoever wins the toss should bowl first.

Kyle Verreynne is still in the early stages of his career at the highest level. He has featured in 2 Tests and 8 ODI matches for South Africa. He has an impressive record in the domestic circuit, where he has scored 3306 runs in 47 first-class matches at an average of 54.19.

Sarel Erwee was the leading run-scorer for Dolphins in the last season. In 8 matches, he hammered 569 runs at an average of 47.41, which includes 2 centuries and 2 half-centuries.

Keegan Petersen made a huge impact for Dolphins with the bat last year. In 8 matches, he mustered 484 runs at an average of 44, with the highest score of 173.

WEP vs DOL Must Picks for Dream11 Fantasy Cricket: 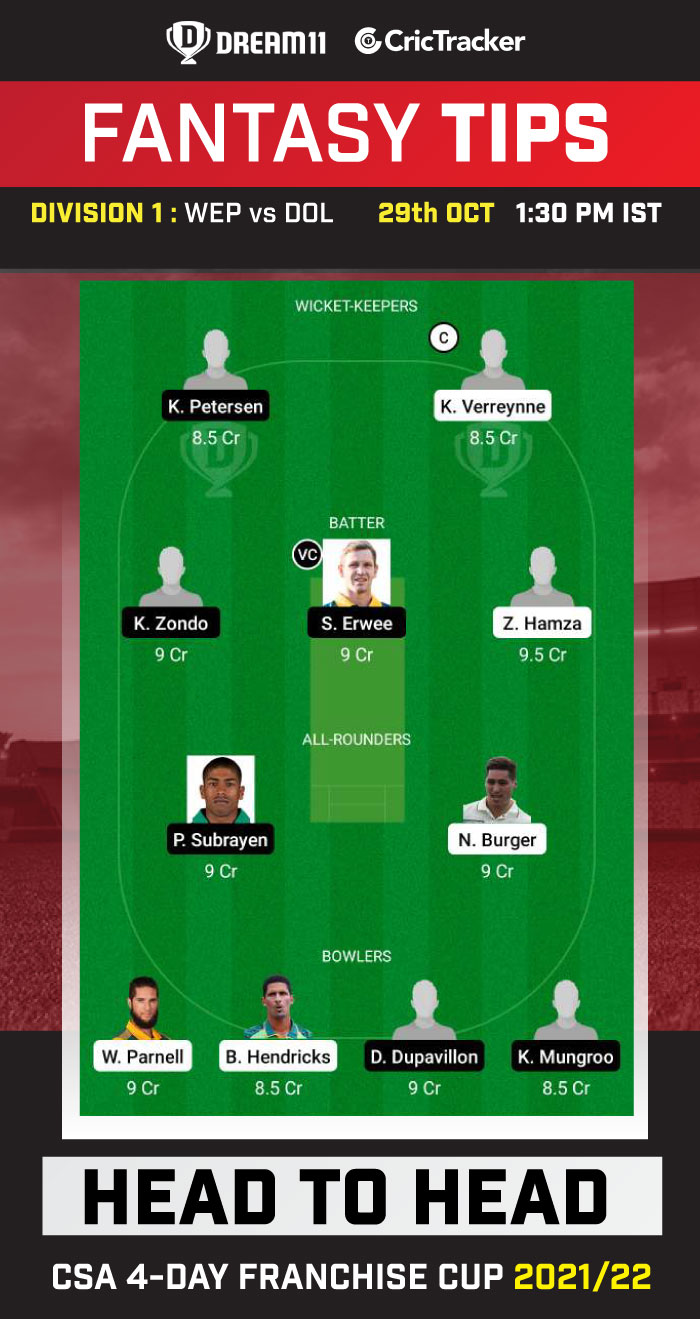 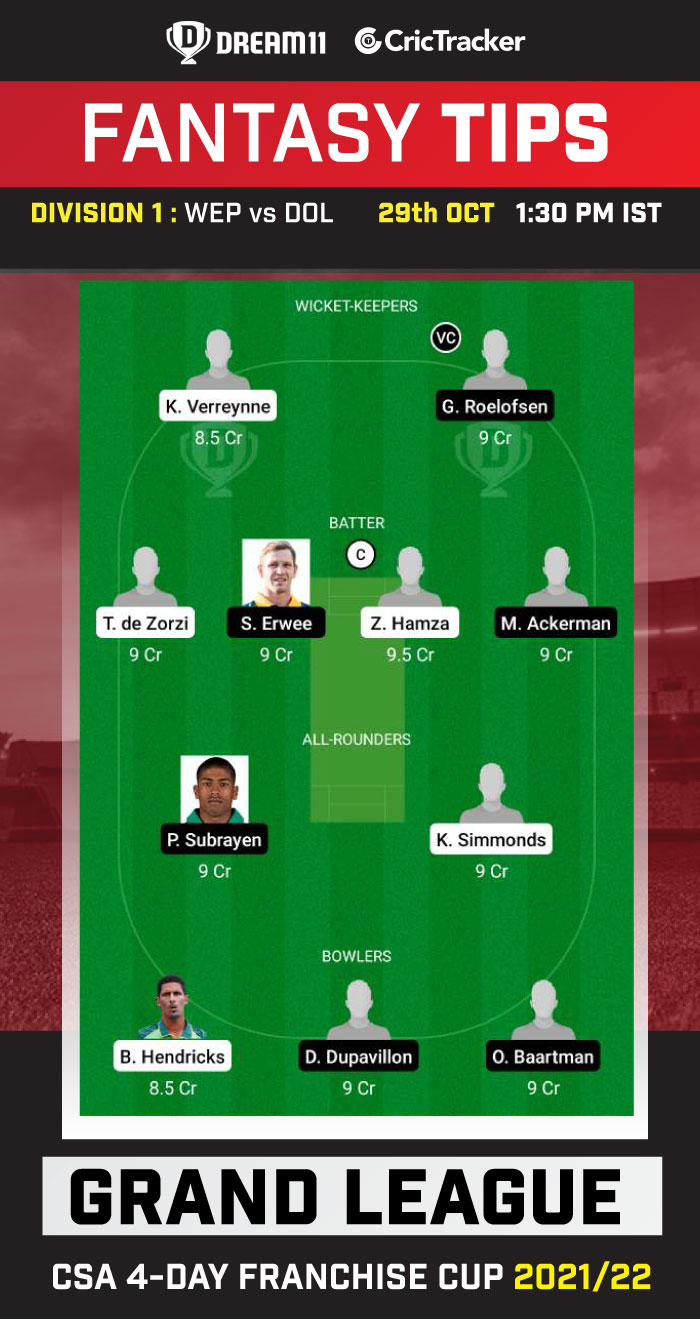