Lions are aiming for their fifth straight win.

Dolphins will face Lions in the Division 1 game of the CSA 4-Day Franchise Series which commences on Thursday. Dolphins have played 4 matches in this tournament and all of them ended in a draw. They have got a good break of one and half months and they need to start fresh again. They are placed at the 5th spot in the standings with 50.46 points.

Lions are in exceptional form in this tournament as they have won all of their 4 matches and deservingly occupy the top spot in the standings with 92 points to their name. They won 3 matches by an innings margin, which proves how dominant they have been.

It’s a bouncy surface where there will be plenty of swing and seam movement for the quicks. Having said that, the batters can score runs if they hang for a long time. It’s a good sporting wicket and we can expect result in this match.

Bryce Parsons has struck 203 runs in 4 matches in this competition at an average of 40.6 and has also picked up 7 wickets with the ball.

Joshua Richards is in pretty good form with the bat. In 4 matches in this tournament, he has scored 224 runs at an average of 74.66, with the highest score of 100*.

Malusi Siboto had a fantastic tournament so far with the ball. In 4 matches, he has picked up 17 wickets with the best figures of 4 for 17 in an innings.

DOL vs LIO Must Picks for Dream11 Fantasy Cricket: 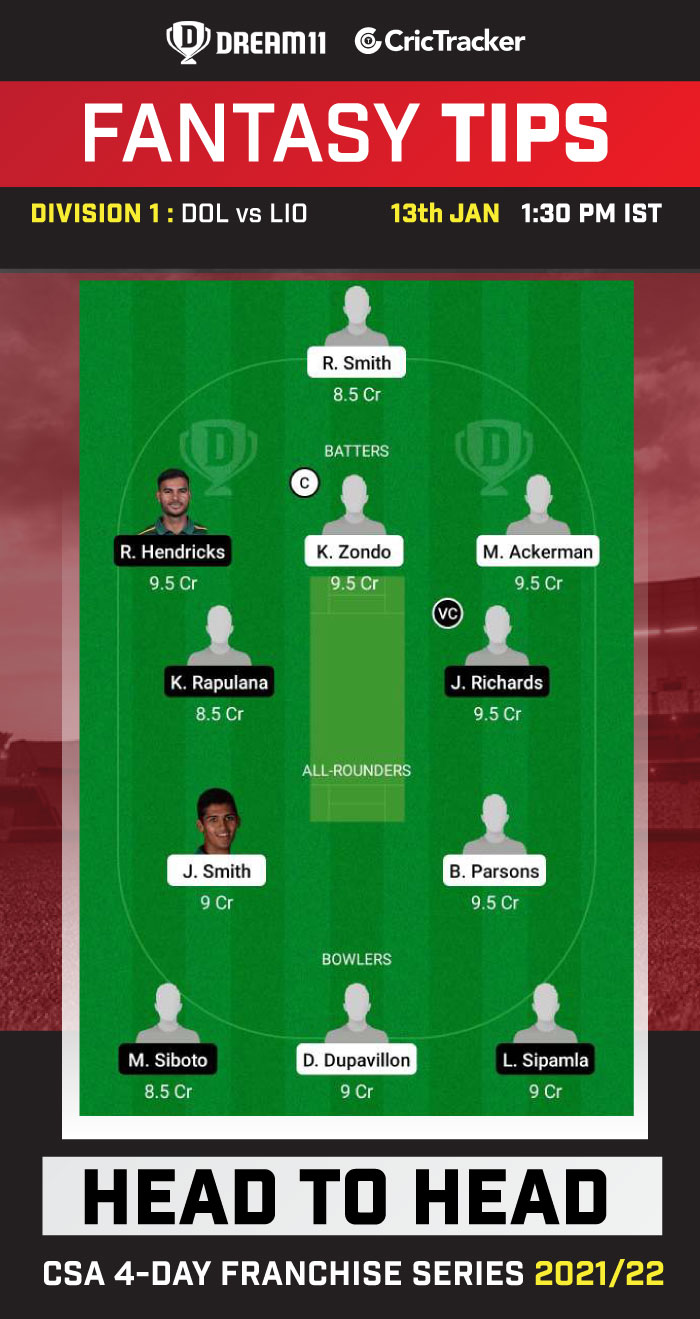 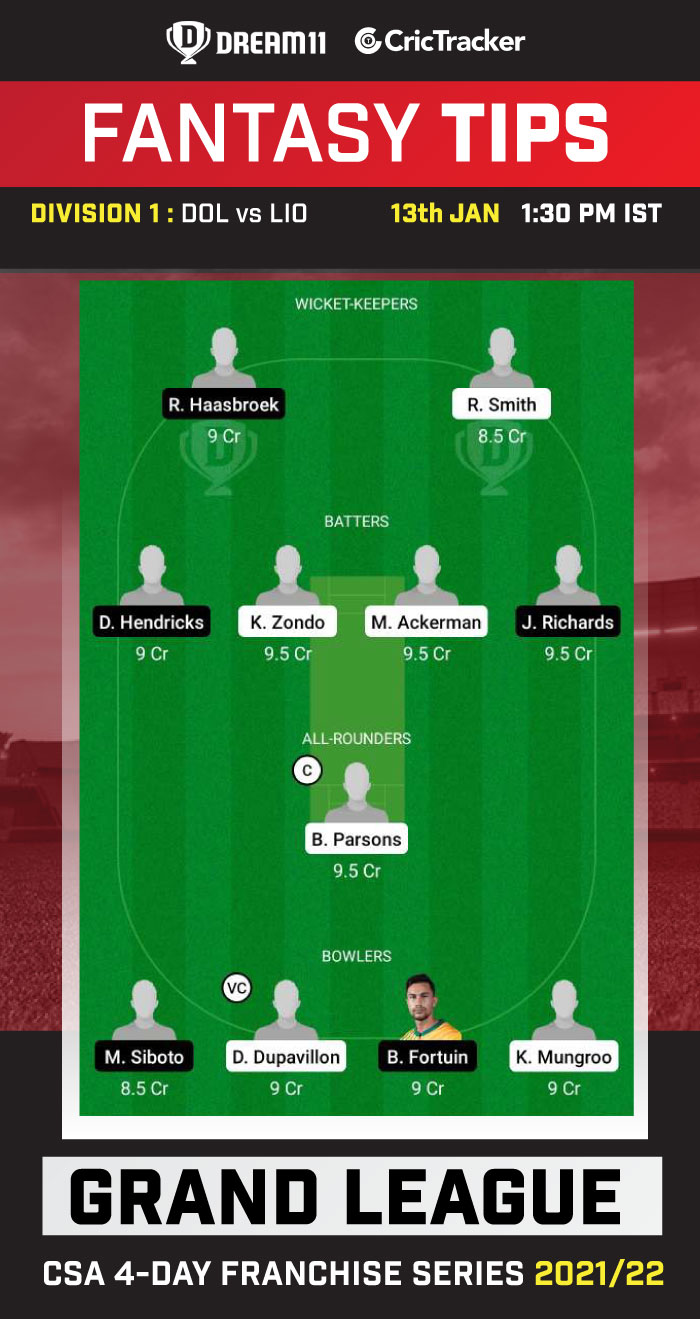 Lions are expected to win this match.