Dane Vilas has made 183 runs in seven matches in the tournament.

Western Province and Rocks will play the second semi-final of the CSA T20 Challenge 2021/22. Western Province finished in the second position after winning five out of the seven group stage games. They did lose the last two games against Titans and Dolphins which might be an important factor in this game.

Rocks won four out of three games including one Super Over against North West. They lost their last group stage game against Knights. In their last encounter, Western Province defeated Rocks by six wickets in the very first match of the tournament.

The pitch is expected to provide almost a little support to the batters and the bowlers might outshine the batters. The team winning the toss would like to bat and use the initial help provided by the pitch.

Dane Vilas has made 183 runs in seven matches at an average of 45.75 and a strike rate of 127.97 for Western Province. He has made one half-century in the tournament.

Junaid Dawood is the leading wicket-taker in the tournament. He has taken 11 wickets in six matches at an average of 12.18, an economy of 5.82, and a strike rate of 12.5.

Pieter Malan has made 240 runs in seven games at an average of 40 and a strike rate of 121.82. He has made three half-centuries in the tournament.

Shaun von Berg has picked nine wickets in six matches at an average of 11, an economy of 5.5, and a strike rate of 12.

WEP vs ROC Must Picks for Dream11 Fantasy Cricket: 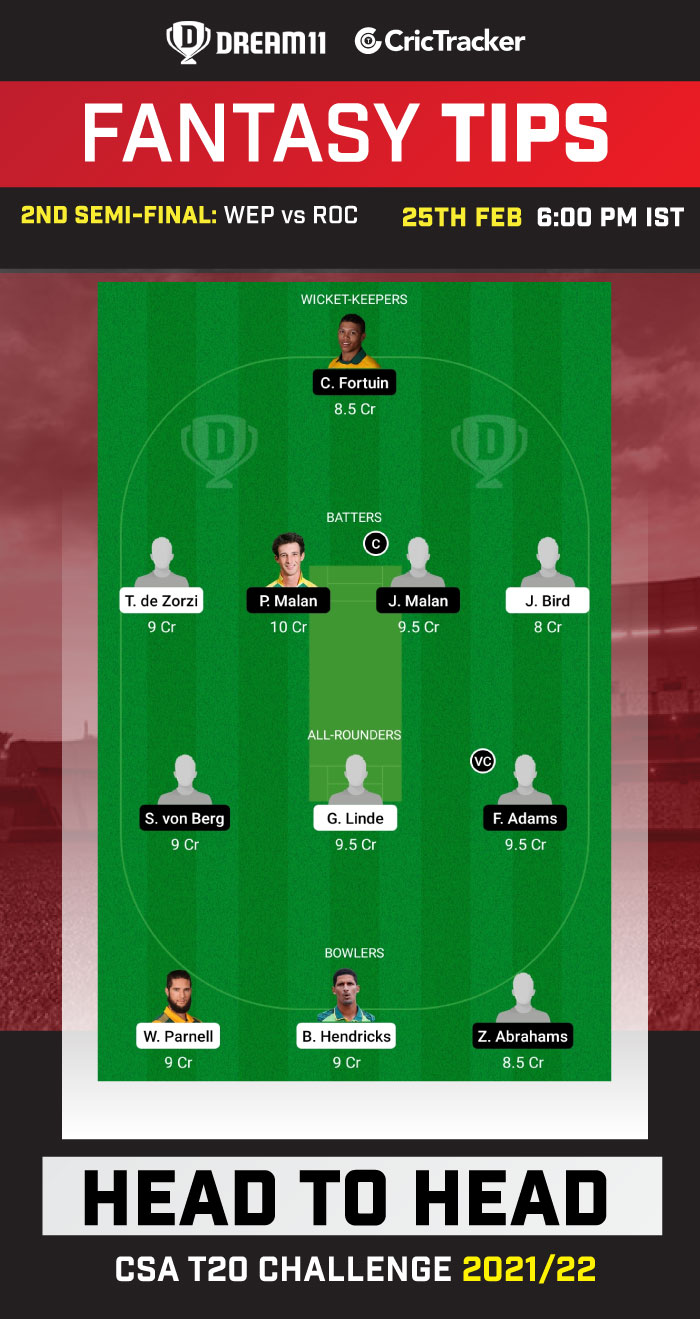 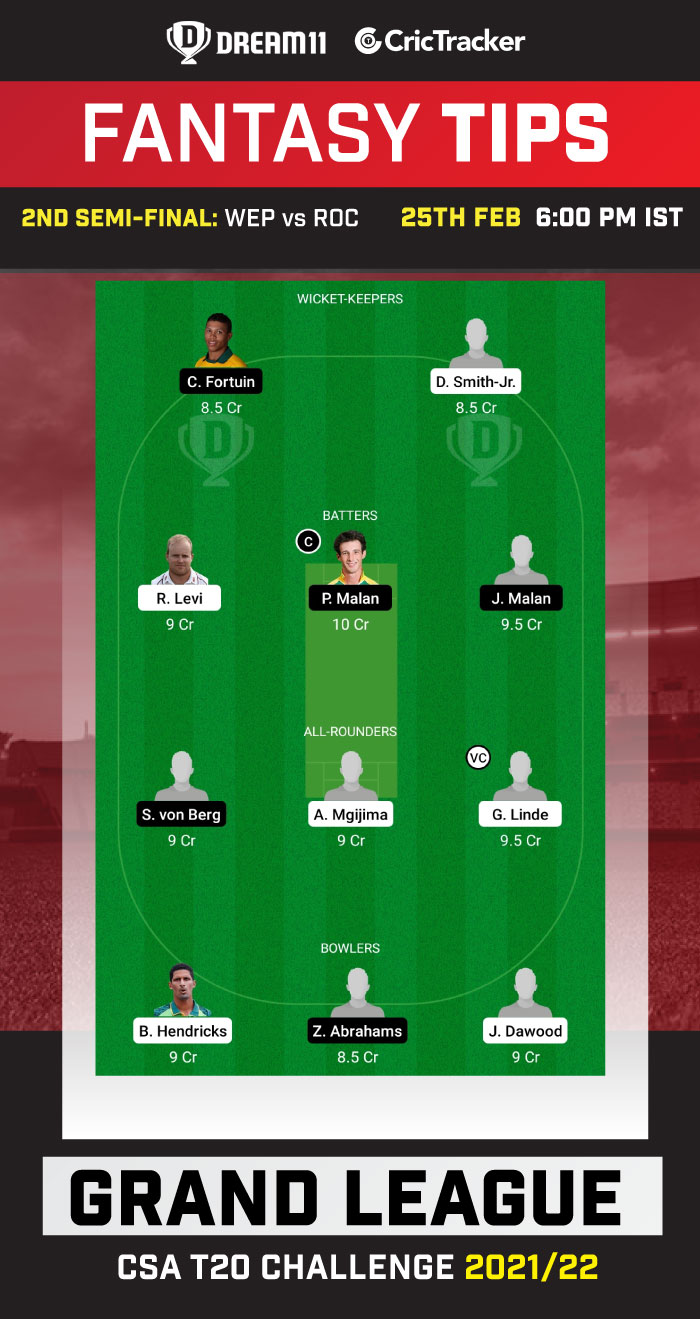 Western Province are expected to win this match.