Anrich Nortje should be included in both of your Dream11 Fantasy teams.

The 6th match of the CSA T20 Challenge 2021 will be played between Warriors and Dolphins on 21st February at Kingsmead in Durban.

The match is scheduled to start at 2:30 PM local time (6:00 PM IST) and it will be streamed live on Star Sports Network and also on Disney+Hotstar.

Warriors and Dolphins will face each other in the 6th match of the CSA T20 Challenge 2021 on Sunday. This will be the third match of the tournament for the Dolphins. They have won both of their first two matches and are placed at the top of the points table. They will be looking forward to continuing their winning momentum in this upcoming match also.

Warriors, on the other hand, lost their last match to the Lions by 6 wickets and are at the fourth spot on the points table. They will be looking for their first win of the tournament. However, they will have to fight hard if want to beat inform Dolphin’s side.

The weather here in Durban is not suitable for the play. Scattered showers are expected during the match time with temperature hovering around 27 degrees Celcius.

The pitch here in Kingsmead is in favour of the bowlers. Batsmen will struggle to play big shots on this wicket. Chasing teams have lost all the last four matches hence Batting first is preferable on this venue.

Robbie Frylinck is in brilliant form with both bat and ball. He has scored 41 runs and scalped three wickets in two matches for his team.

Warriors’ skipper Sinethemba Qeshile has been in decent form with the bat. In his last match, he scored 33 runs at a strike-rate of 118.

Keshav Maharaj is the leading wicket-taker in this season as of now. He picked up 6 wickets in just two matches he has played. He is a must-pick for your Dream11 fantasy team.

Khaya Zondo is the second-highest run-scorer of this season so far. He has scored 94 runs at a strike-rate of 135 in his two outings.

Ayabulela Gqamane bowled well in his last match where he picked three wickets at an economy of close to 6 runs per over. 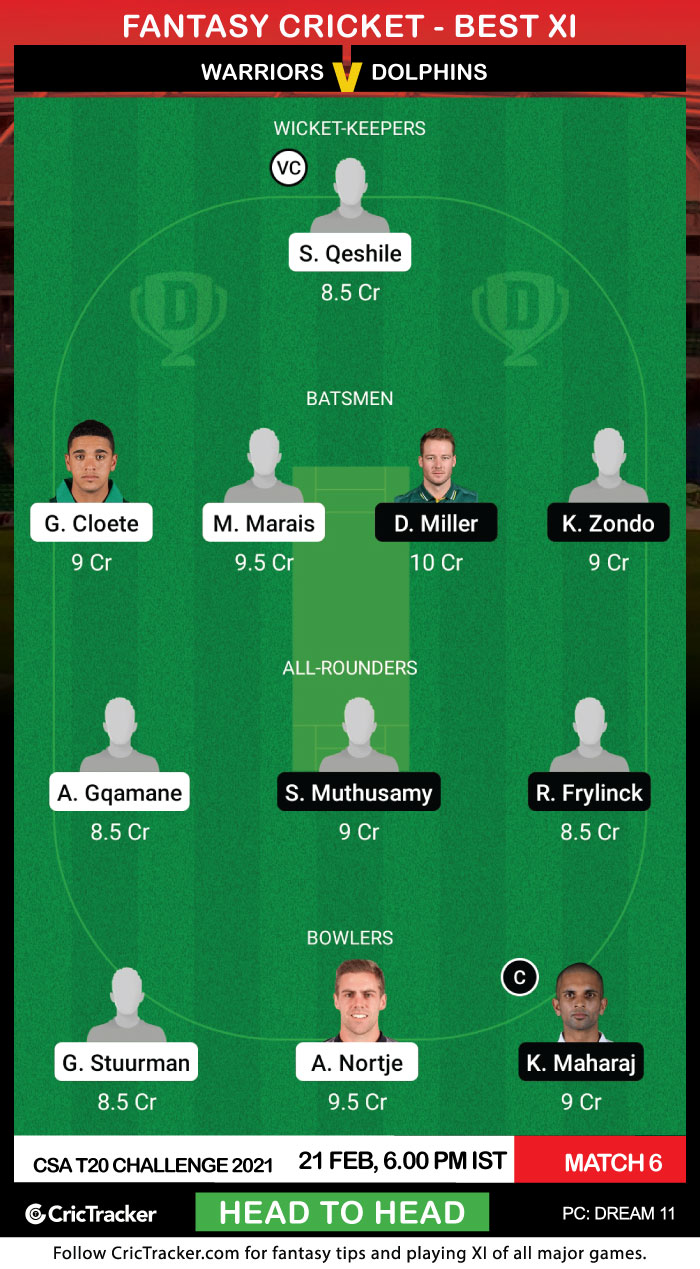 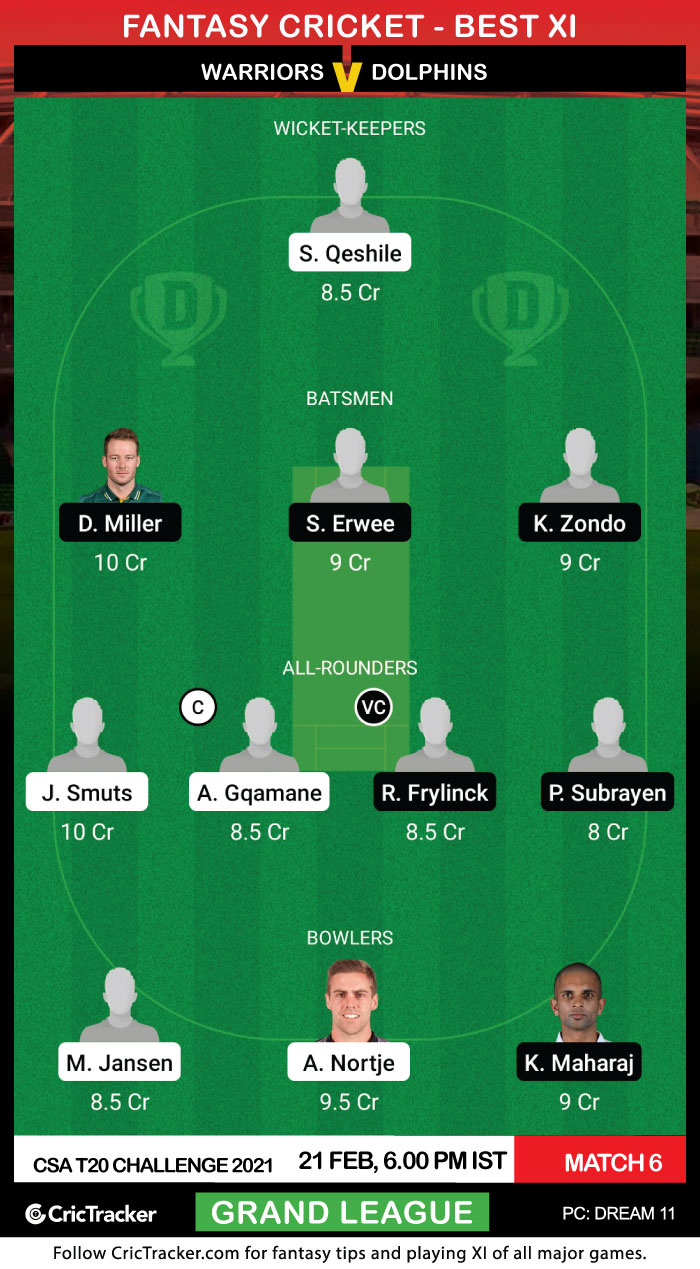 Anrich Nortje should be included in both of your Dream11 Fantasy teams. He bowled well in his last match, where he picked up a wicket and scored some handy runs as well.