Rassie van der Dussen, Temba Bavuma & Chris Morris are the three must picks for your Dream 11 fantasy team. You can choose the captain and vice-captain from them.

The 8th match of the CSA T20 Challenge 2021 will be played between Titans and Highveld Lions on 22nd February at Kingsmead in Durban.

The match is scheduled to start at 02:30 PM local time (6:00 PM IST) and it will be streamed live on Star Sports Network and also on Disney+Hotstar.

In the 8th match of the 2021 edition of CSA T20 Challenge 2021, Titans will take on Highveld Lions. Both the teams have won their first match of the session and would try to continue the winning momentum. Highveld Lions have won all of their last five matches and are one of the favourites to lift the title.

However, Titans have lost 2 of last 5 matches. They would take every chance to beat Highveld Lions as they are the strong contender for the title as well. If Titans beat Lions, then they will have a god chance to be on the top of the point table.

There is a probability of slight rain, but otherwise, the weather would be clear. The temperature will be between 21-22 degree Celsius.

The pitch will help the bowlers first but as the game will progress, batting would be a little easy and batsmen can score runs easily. Bowling first will be a good option.

Rassie van der Dussen, with a fabulous knock of 64 runs in the first match with a strike rate of 156.09, should be high on confidence.

Temba Bavuma scored a huge number of runs last year for the Lions. He has started well in this season as well by scoring 40 runs in the first match with a strike rate of 114.28. He would be a good pick.

Chris Morris the best all-rounder that Titans can ask for. He started well in this season by scoring not out 21 runs with a strike rate of 262.50 and by picking up a crucial wicket with an economy rate of 3 in the first match.

Heinrich Klaasen is a quality wicketkeeper-batsman who started well this season by scoring 61 runs in 2 matches with a strike rate of 129.78. He can also get you points from his wicketkeeping as well.

The world knows that Kagiso Rabada is a top-quality bowler. He has proved himself again and again. In the first match of this season, he started by picking up 3 crucial wickets with an economy rate of 5.75 runs per over. 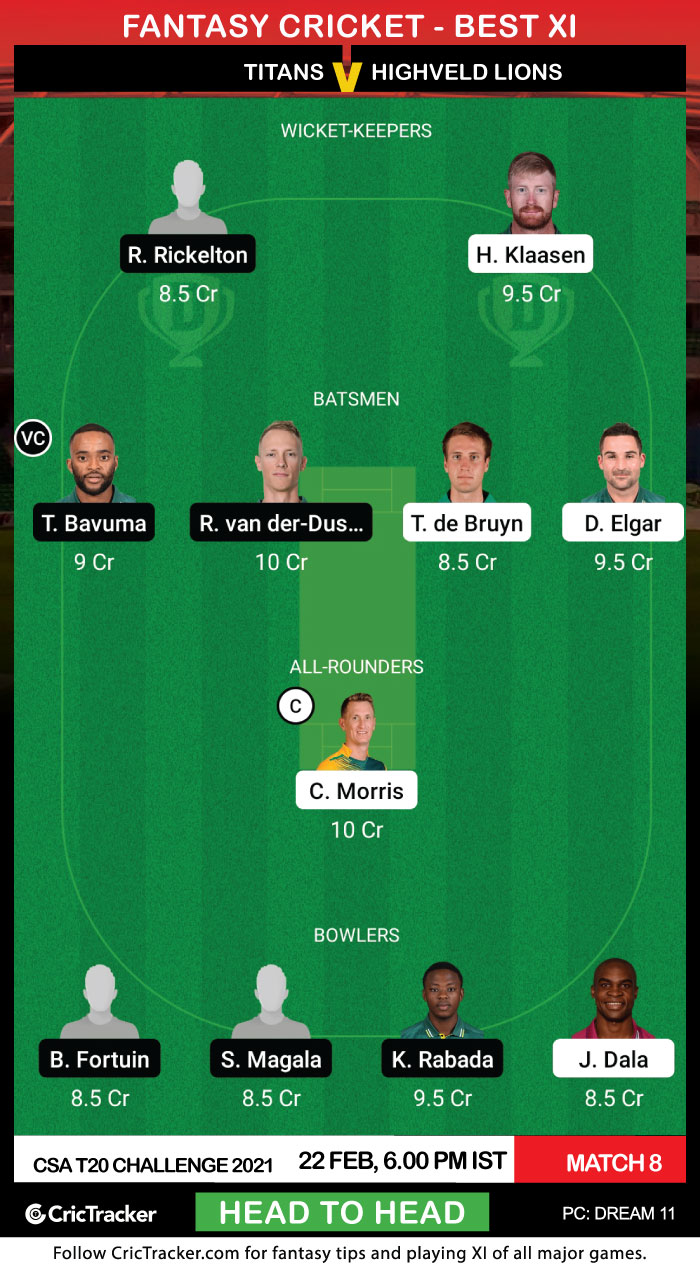 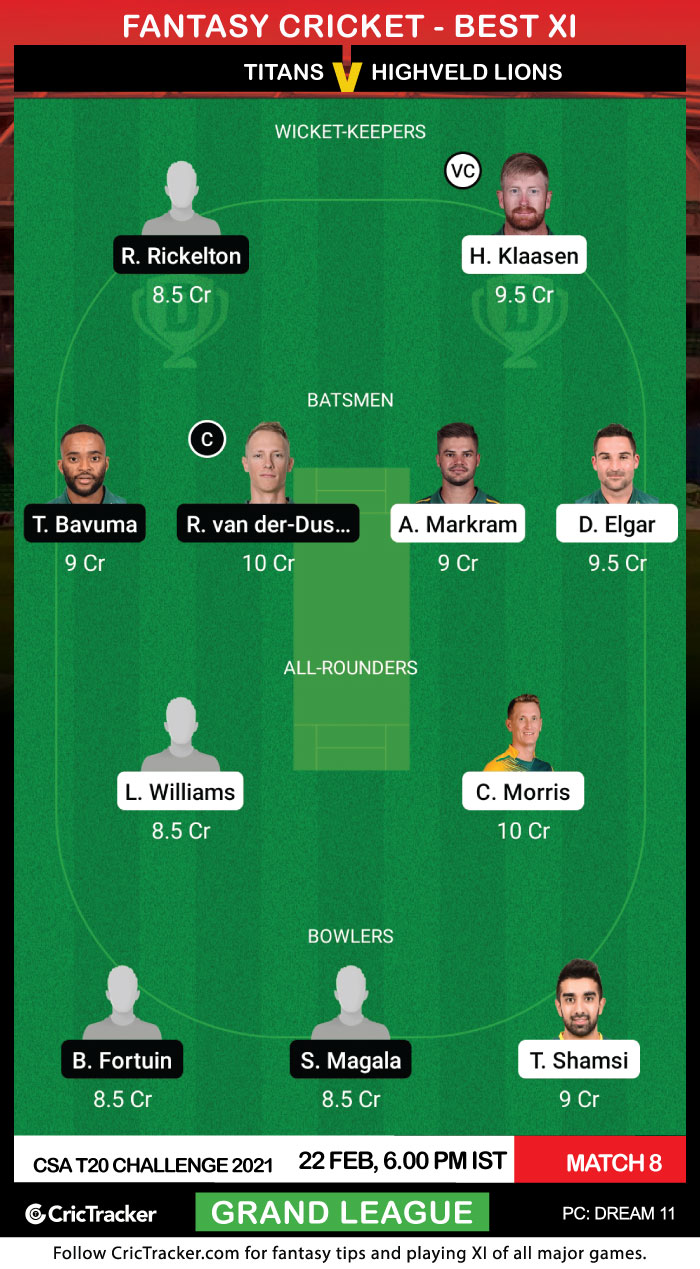 Rassie van der Dussen, Temba Bavuma & Chris Morris are the three must picks for your Dream 11 fantasy team. You can choose the captain and vice-captain from them.