Dolphins will lock horns with Knights in the Finals of the CSA T20 Cup 2021 on Friday. Dolphins won the first semi-final against Titans by chasing down the target of 139 runs posted by the opposition. Ottneil Baartman and Khaya Zondo were the top performers in the previous match.

On the other side, Knights were heading into this match with high confidence. Knights have won 2 out of the three matches in the league stages of the tournament. Their previous encounter with North West was abandoned due to the interruption of rain. Hence, we can expect a competitive battle between these two sides on Friday.

The track at this venue is a balanced one that will get slow down as the game progresses. Chasing is always a challenging task in this venue, and hence, whoever wins the toss should bat first.

Ottneil Baartman has been the best bowler for Dolphins in the CSA T20 Cup. He has bowled well in the previous match and picked 4 wickets for his team. Overall, he has bagged 11 wickets at an economy of well below 6.

Jason Smith is the other must-have player in your fantasy team. He has scored 107 runs while picking up 3 wickets with the ball.

Rilee Rossouw is a must-have player from the Knights team. He has scored 267 runs in 4 matches including a hundred and two fifties to his name.

Migael Pretorius has been the best bowler for the Knights in the ongoing tournament. He bagged 8 wickets and will be looking to deliver once again for his team against the Dolphins. 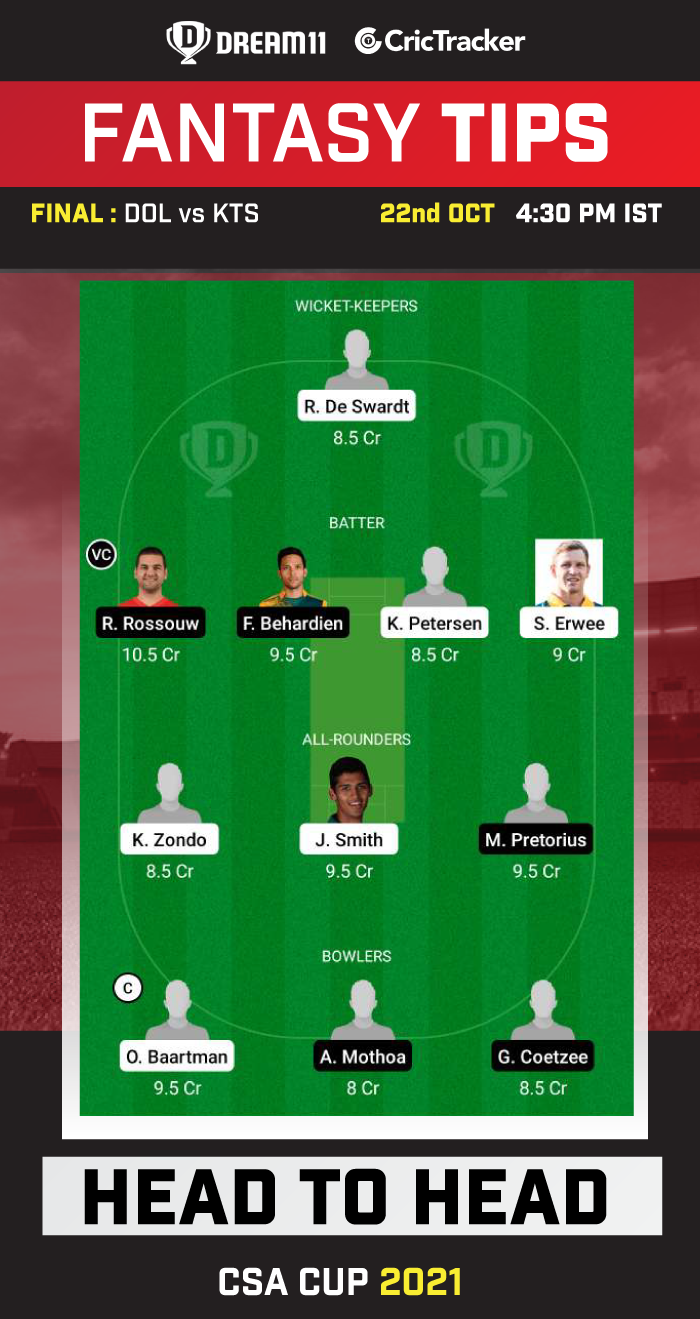 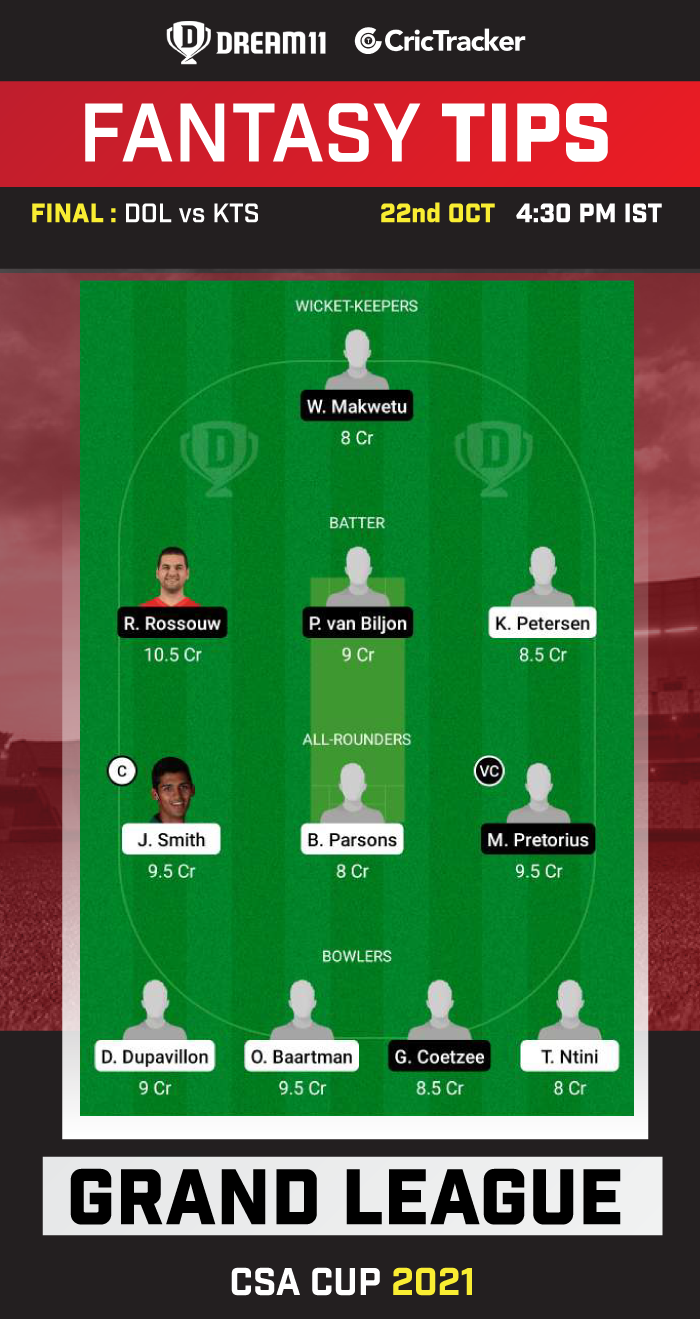