It will be a challenge for the South Africa U-19 side to match the standards of Eastern Storm.

Eastern Storm will be up against South Africa Under-19 in the Pool C contest of the CSA T20 Cup 2021 on Friday. Eastern emerged as champions of CSA Provincial T20 Cup 2019/20 by beating KwaZulu-Natal Inland by 5 runs in the finals. Jurie Snyman, Grant Thomson and Khwezi Gumede are the players to watch out for them in this match.

South Africa Under-19, on the other hand, will be thrilled to compete in this tournament. This is an excellent opportunity for them to play against some of the top-quality domestic sides in the country. Jade Smith and Liam Alder are notable names in their line-up.

The wicket is expected to provide equal purchase for both batters and bowlers. Keeping wickets in hand is the key here. Anything close to 160 is a good competitive score on this wicket.

Matthew Arnold has impressed with his all-round performances in the CSA Provincial T20 Cup 2019/20. He has collected 121 runs at an average of 60.5, with the highest score of 70*. Arnold picked up 5 wickets as well.

Jade Smith is a talented youngster who has got a good record in age-group cricket. He will be an excellent buy for your fantasy teams.

Liam Alder is a good pick in the all-rounders’ slot at 9.5 credits. In the last 2 official domestic matches, he has picked up 6 wickets, with the best figures of 4/16.

ES vs SA-U19 Must Picks for Dream11 Fantasy Cricket: 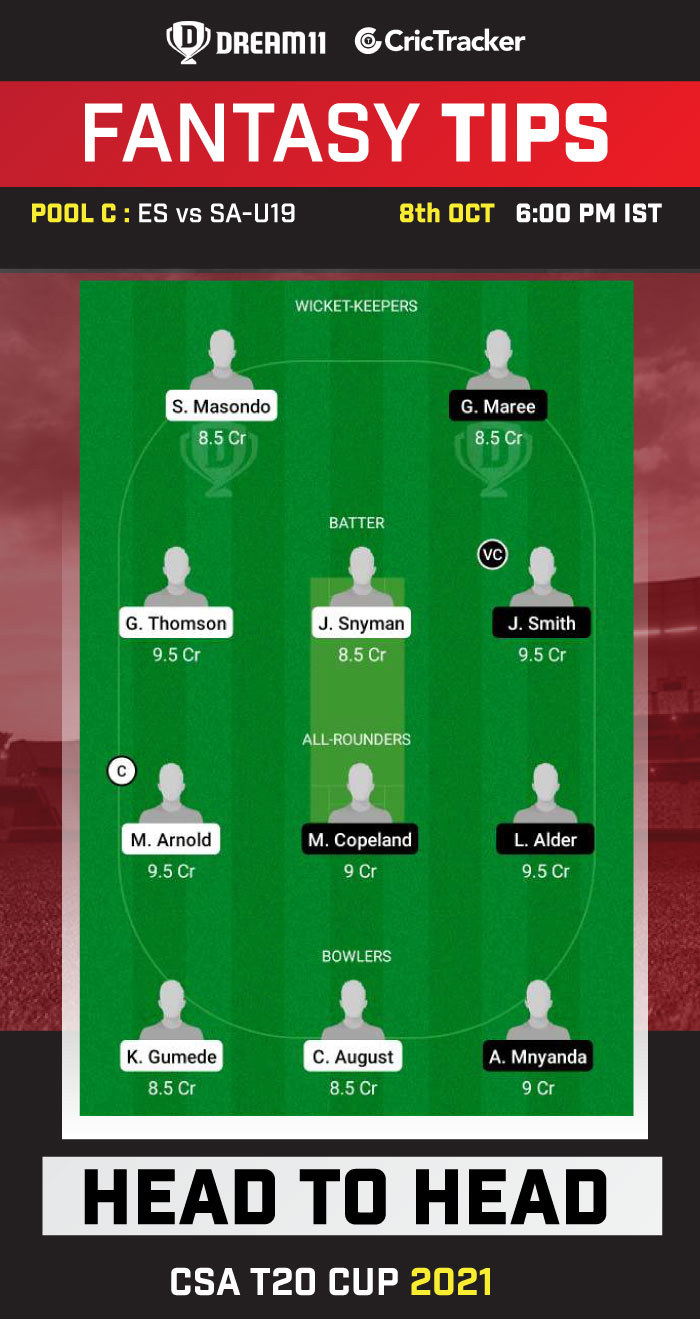 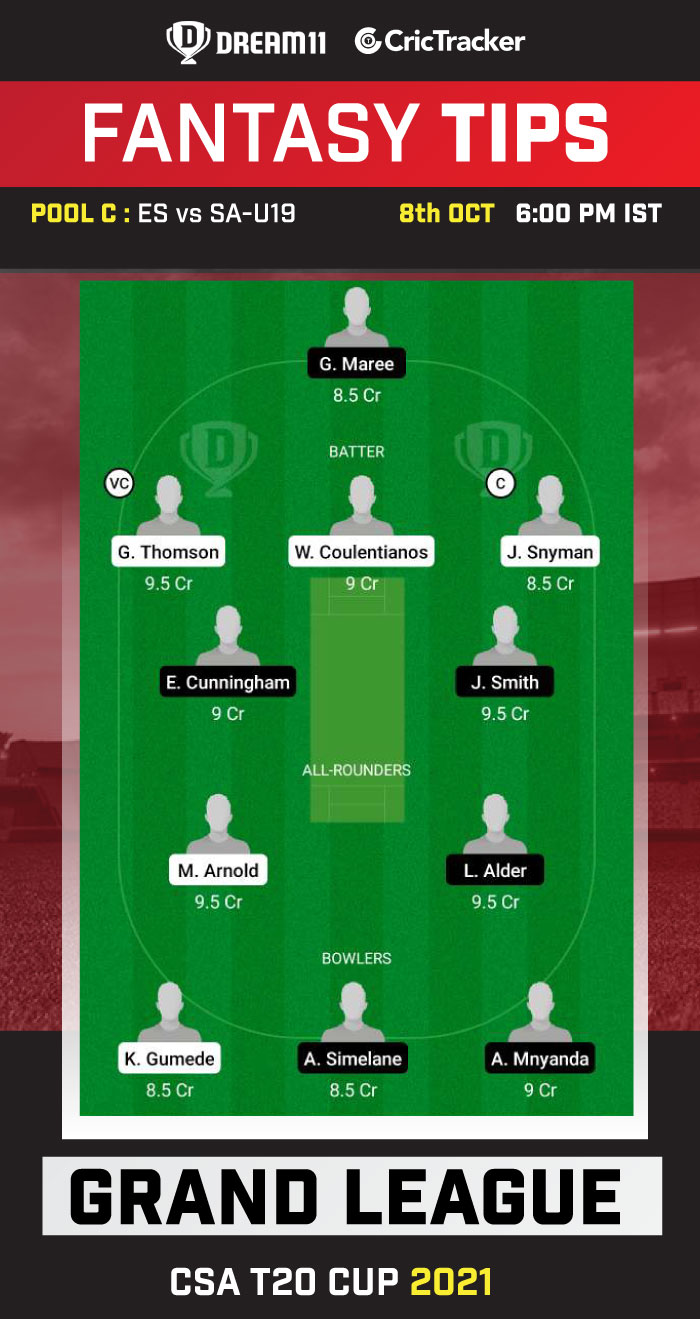 Eastern Storm are expected to win this match.