Eastern Cape Iinyathi will take on Warriors in the final match of the day in CSA T20 Cup 2021. Eastern Cape Iinyathi won their first battle against Limpopo Impalas, but failed to maintain the same momentum in the next game. In their previous encounter with Rocks, they failed to chase the total of 172 runs posted by the opposition. Still, they are on the second spot and will look to win the remaining games in the league.

Warriors, on the other hand, made a strong comeback after losing their first match against the Rocks. They posted a mammoth total of 243 runs and won the match by a margin of 120 runs. Hence, we can expect a thrilling encounter in the upcoming match on Wednesday.

By looking at the previous matches played here, the surface has got the good carry and bounce and the batters can play shots on the rise. The bowlers will be rewarded if they bowl in the right channel.

Also Read: CSK set to retain MS Dhoni ahead of the next IPL season

The skipper of the side, Jerry Nqolo played well in the last match against Rocks. He scored crucial 50 runs that went on a losing cause.

Clayton Bosch has been a little bit expensive with the ball in the previous game. Still, he managed to get 3 wickets under his belt.

Matthew Breetzke is a must-have player in your fantasy team. He has amassed 110 runs from two games that he played at an average of 55.

JJ Smuts is the other player to watch out for from the Warriors side. He has notched 99 runs and picked up 2 wickets as well. 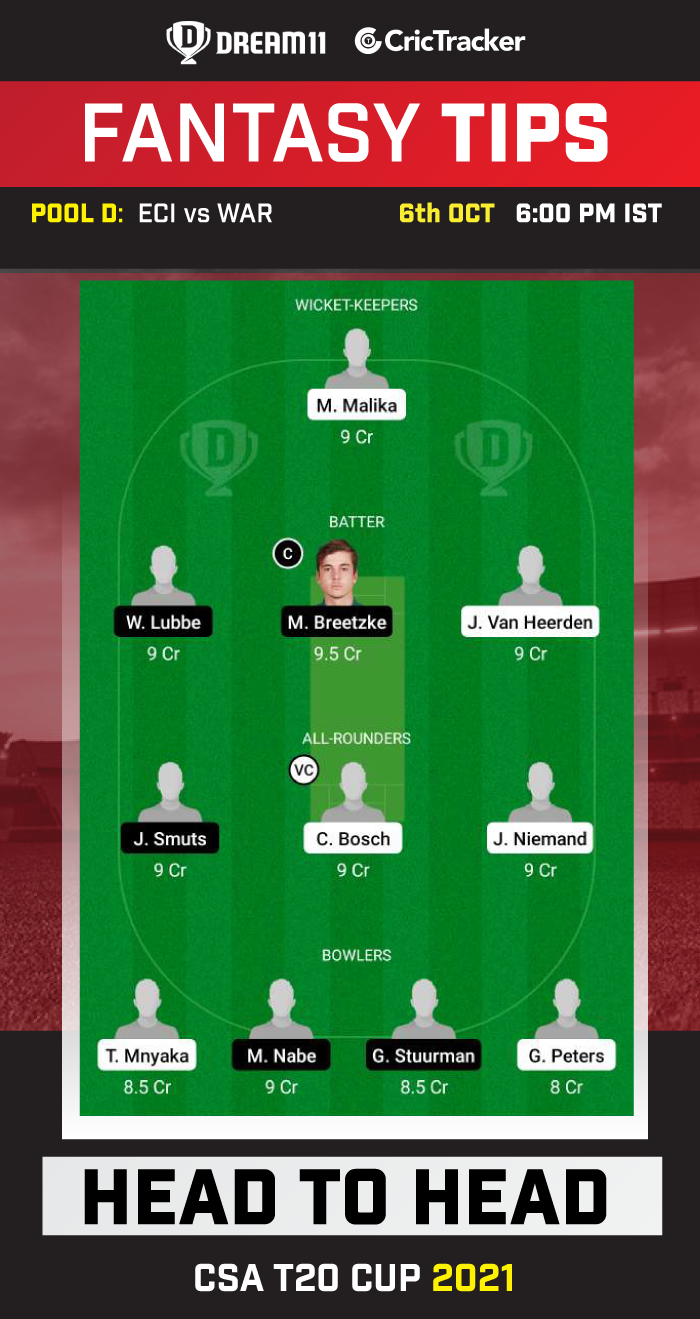 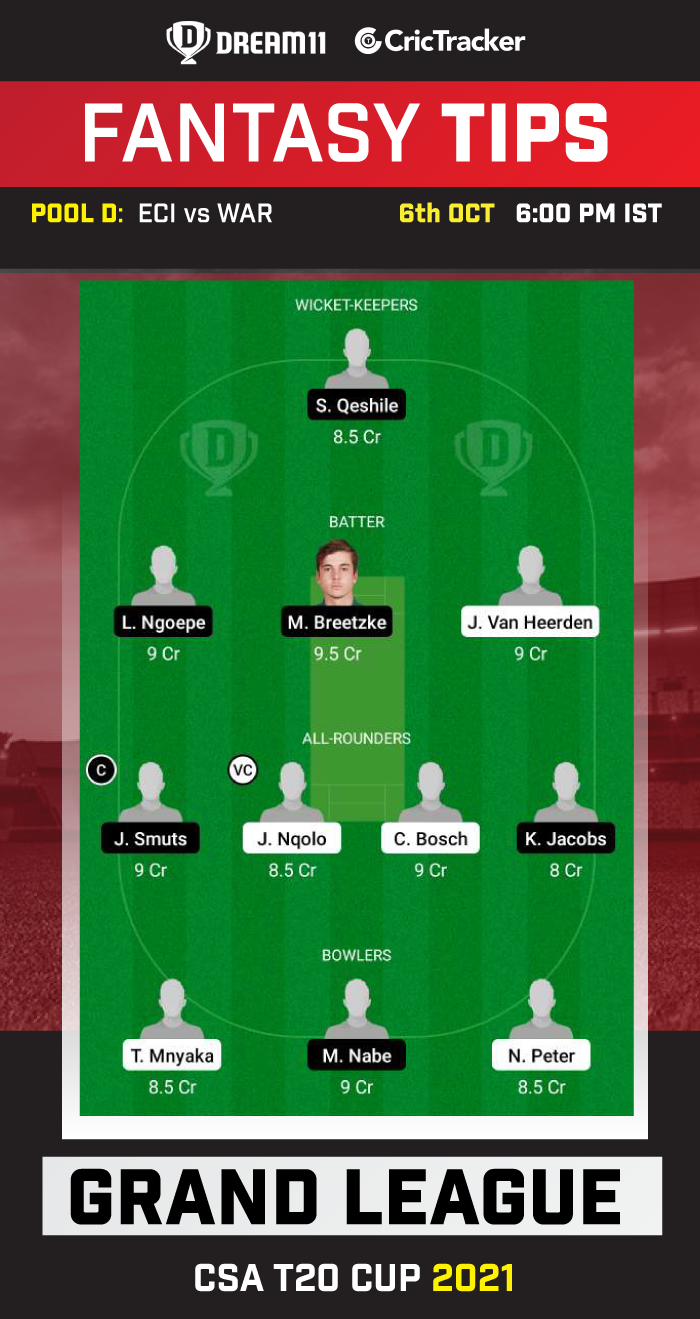