Matthew Breetzke is an excellent pick for your fantasy teams.

Dolphins will be up against Warriors in the 3rd Quarter-Final of the CSA T20 Cup 2021 on Wednesday. Dolphins are unbeaten in this tournament, having won all of their 3 league matches. They finished at the top of the Pool C standings with 14 points. Grant Roelofsen is the main man with the bat and he is the player to watch out for.

Warriors, on the other hand, finished 2nd in the Pool D standings with 9 points. They started with a loss against Boland, but made a great comeback by winning their next 2 matches. Matthew Breetzke is in excellent form, having scored close to 200 runs.

The surface turned out into an ultimate batting one. We witnessed complete batting dominance in the last couple of matches. Batting first is an excellent option on this wicket.

Grant Roelofsen has scored 134 runs in 3 matches in this tournament at an average of 134, with an excellent strike rate of 171.79.

Sarel Erwee was rested for the last league game against South Africa U-19. In 2 matches in this tournament, he has scored 96 runs at an average of 48 and a strike rate of 143.28.

Matthew Breetzke is the second-highest run-scorer in this tournament. In 3 matches, he has scored 190 runs at an average of 63.33 and a strike rate of 163.79.

JJ Smuts has done exceedingly well. In 3 matches in this competition, he has scored 120 runs at an average of 40 and has also picked up 4 wickets at an economy of 8.5.

DOL vs WAR Must Picks for Dream11 Fantasy Cricket: 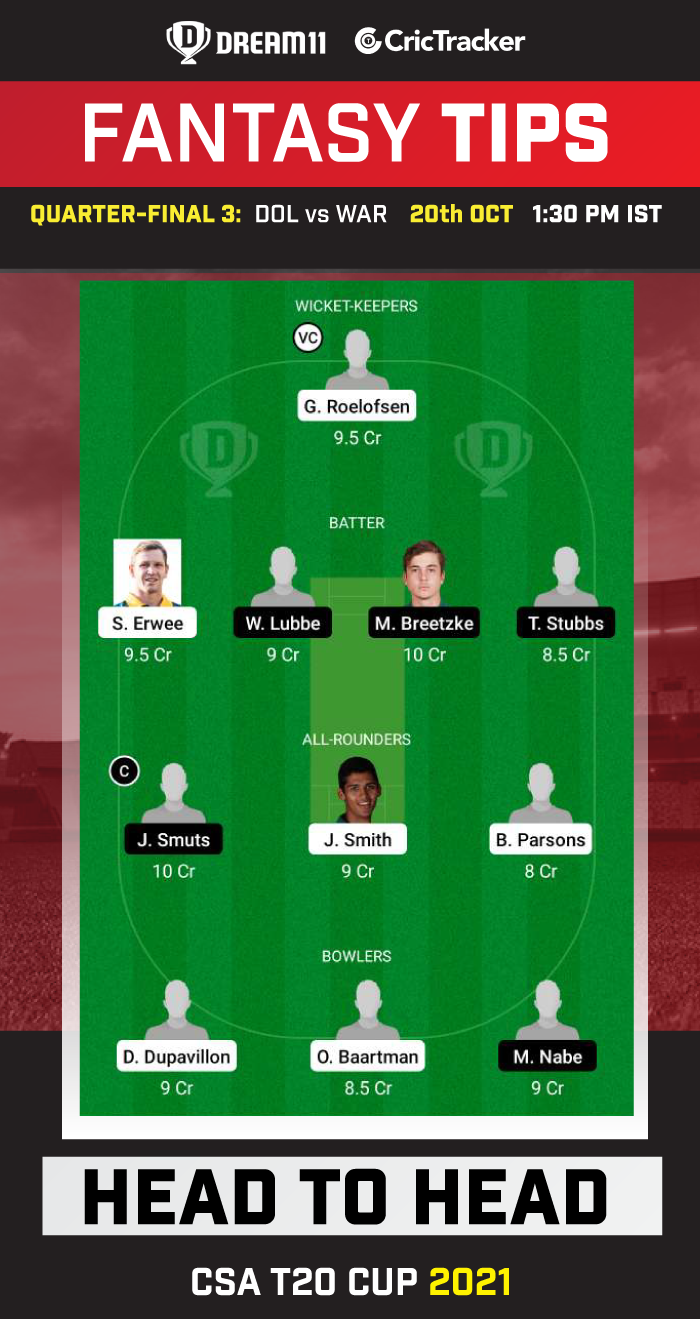 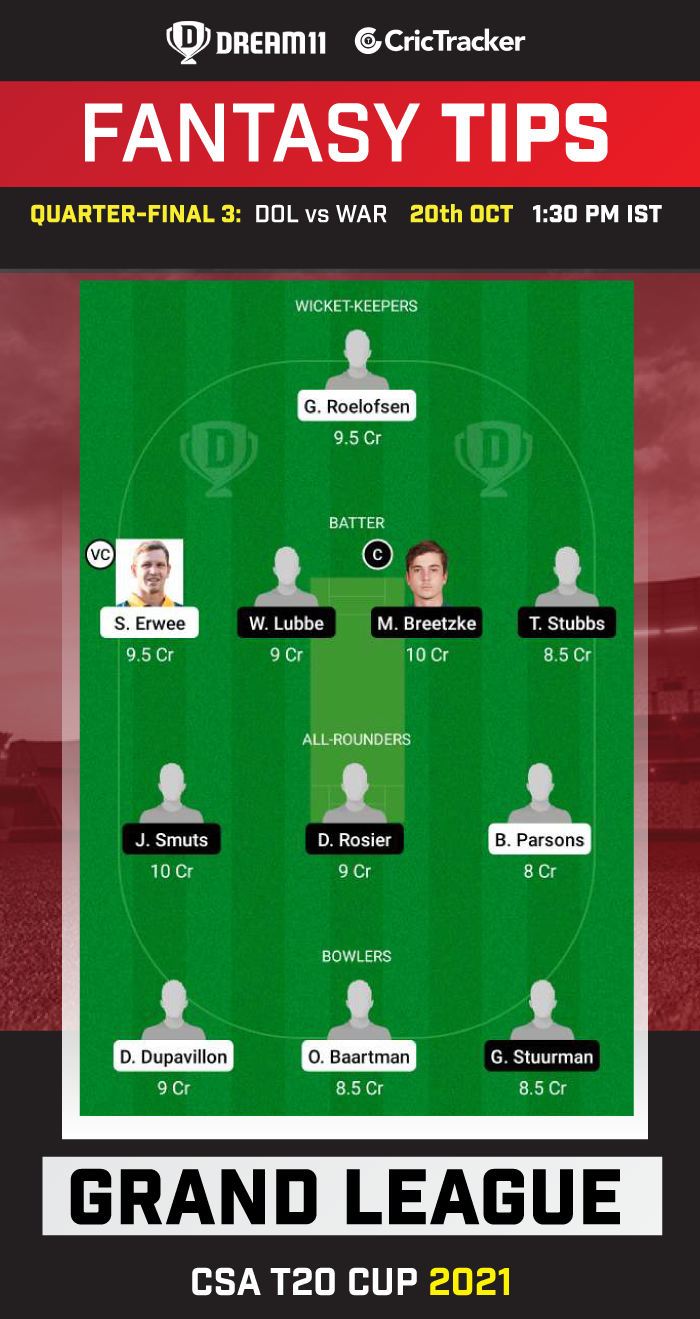