Narayan Jagadeesan could be another good pick for this match.

Chepauk Super Gillies and IDream Tiruppur Tamizhans will lock horns for the second match of the TNPL. The former are the defending champions and are the most successful team of the tournament. Kaushik Gandhi is all set to captain the side this year.

On the other hand, IDream Karaikudi Kaalai have been rebranded as IDream Tiruppur Tamizhans and would be captainced by M Mohammad. They did not have a good season last year as they finished at the bottom. The team have been dominated by Chepauk Super Gillies in the previous encounters and thus they would be keen to exude a good performance in this match.

The wicket is highly inclined towards the batters. The spinners too do not have much assistance on the surface. Batting first would be a good alternative here.

M Mohammed provides a good all-rounding option. In the last season, he played for Dindigul Dragons. In 28 domestic T20 matches, he has scalped 23 wickets and has scored 95 runs.

Narayan Jagadeesan could be another good pick for this match. He has been a part of the Chennai Super Kings team in the IPL. He has played 35 domestic T20s and has scored 702 runs at an average of 35.1.

Sandeep Warrier has good domestic exposure as well. He has secured 53 wickets at an economy rate of 7.29 in 54 T20 domestic games. 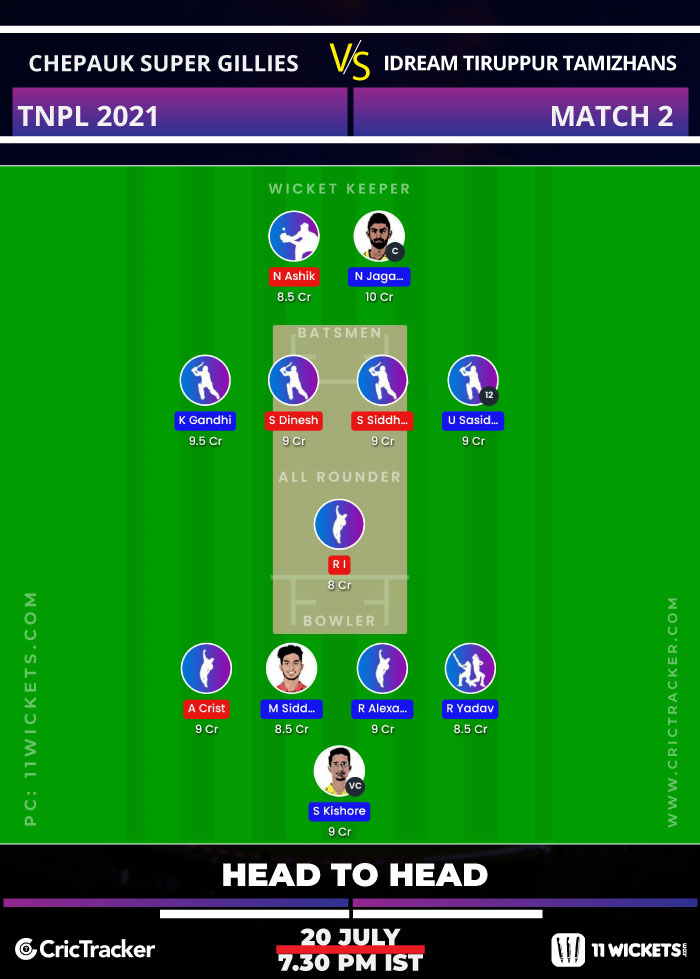 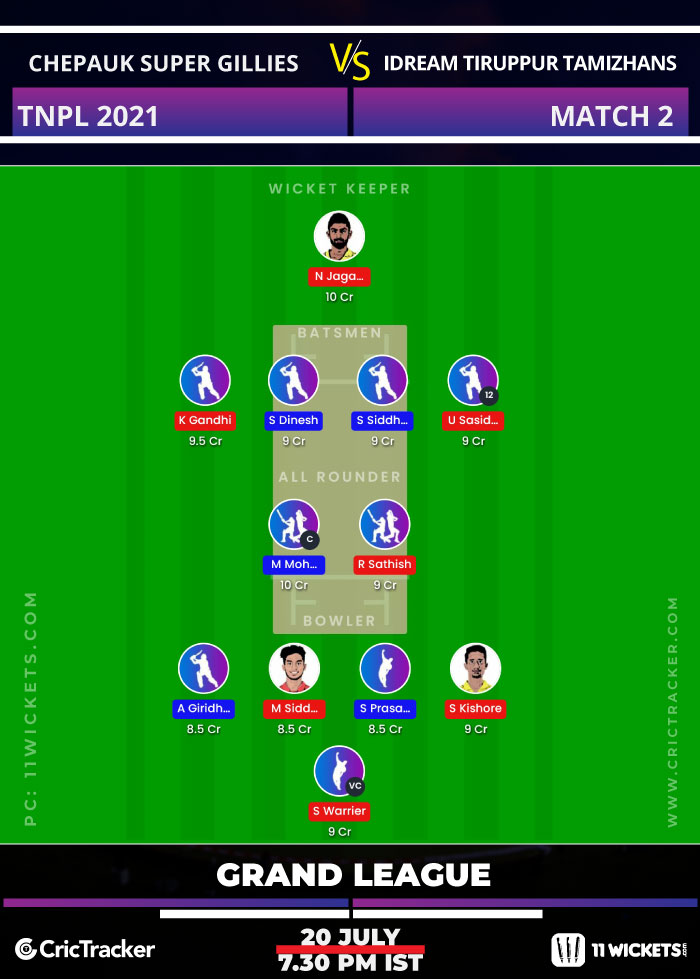