Narayan Jagadeesan is a good captaincy pick for this match.

The Chepauk Super Gillies will lock horns against the IDream Tiruppiur Tamizhans in Match No.2 of the Tamil Nadu Premier League (TNPL). This match will be played at the MA Chidambaram Stadium in Chennai.

This encounter will be played on 20th July 2021 and will commence at 07:30 PM IST. This match can be streamed live on Hotstar.

The Chepauk Super Gillies are the team to beat in the tournament. They are the defending champions of TNPL and beat the Dindigul Dragons in the summit clash of TNPL 2019.

On the other hand, the IDream Karaikudi Kaalai will play under the name of IDream Tirupur Tamizhans in the 2021 edition of the TNPL. They endured an abysmal campaign in the previous edition, and finished the tournament at last place, winning just one out of the 7 matches that they played in.

Captaincy Picks for CSG vs ITT

Narayan Jagadeesan is an asset for the Chepauk Super Gillies and has also featured in the IPL. In the 2019 TNPL season, he emerged as the highest run-scorer and blasted 448 runs at an average of 64.00 in 10 innings. 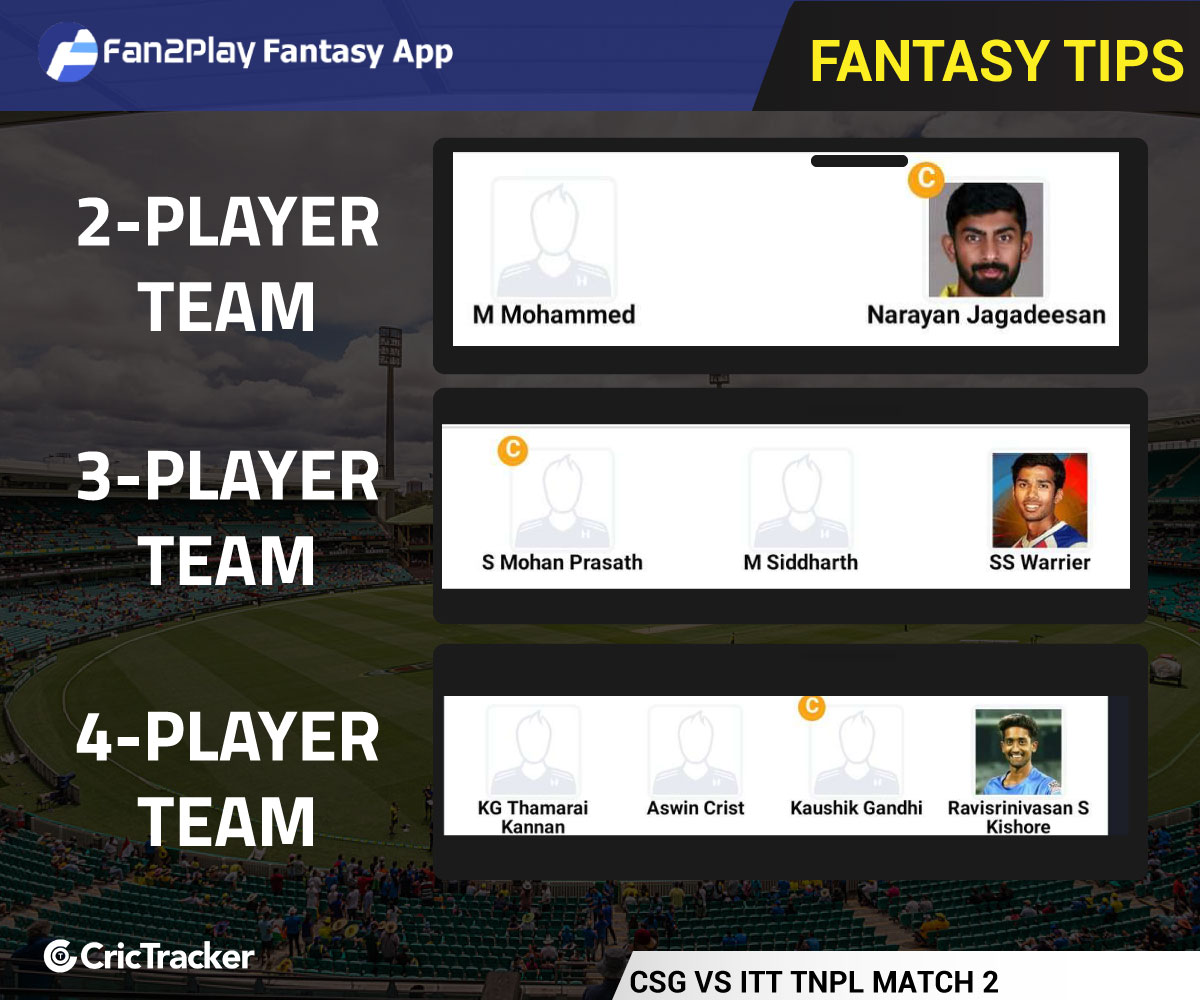 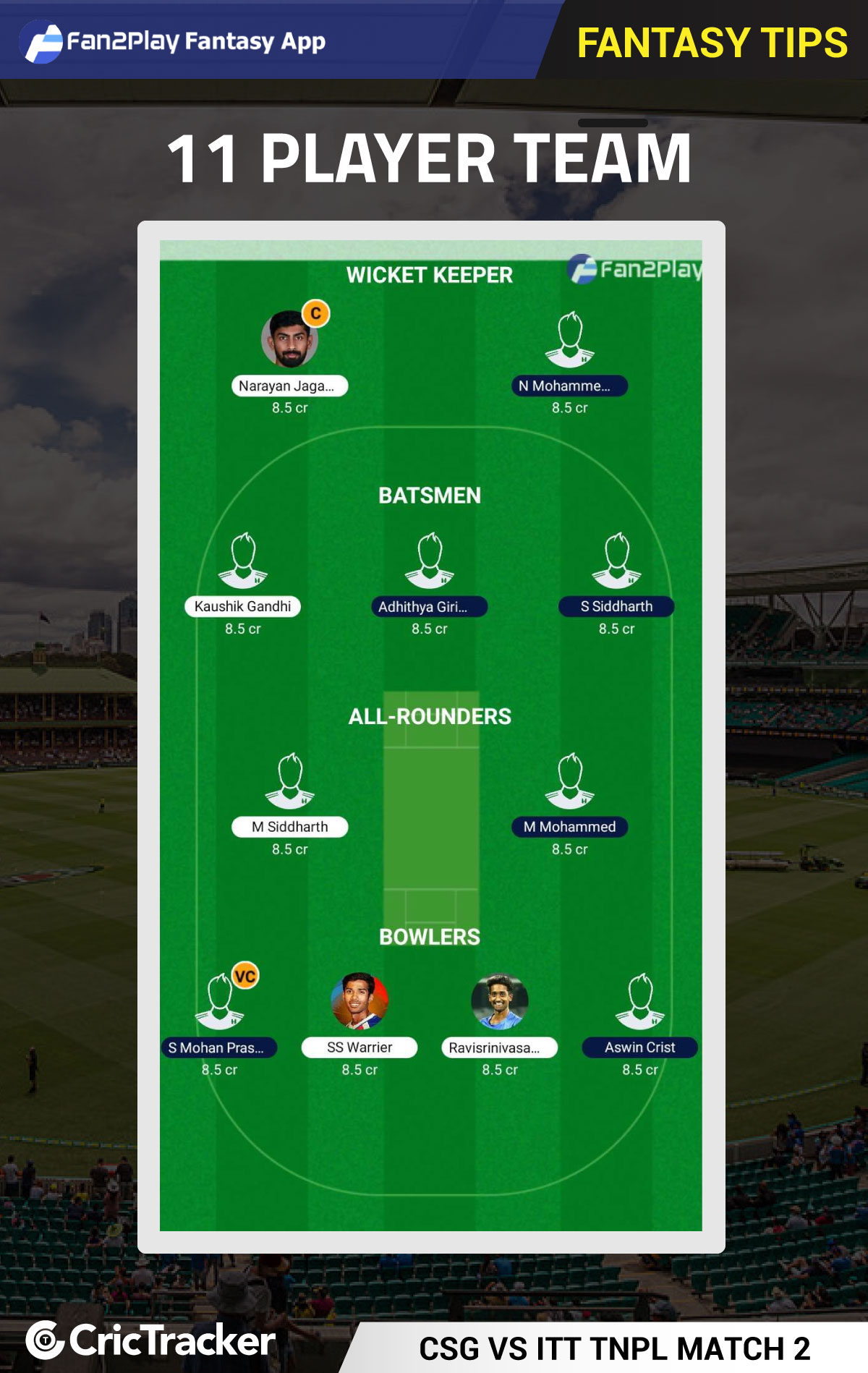