In the last edition, N Jagadeesan and Baba Aparajith were impactful with their performances.

Chepauk Super Gillies will face the challenge of Nellai Royal Kings in Match 1 of Tamil Nadu T20 League at Tirunelveli. The CSG team are the defending champions and will be upbeat ahead of this fixture due to the same set of players in the team. The best performers for them in the last edition were N Jagadeesan and Ravisrinivasan Sai Kishore.

On the other hand, NRK failed to seal the semi-finals berth due to fewer wins and a lower net run rate. The key players for them will be Sanjay Yadav and Baba Aparijith.

It is expected to be a reliable batting surface at this venue, based on the track record of the shortest format. A total of 150 will be the par score on this venue, and the spinners will be the lethal weapon for the captains.

N Jagadeesan is the finest player in Tamil Nadu domestic cricket. In the last edition, he scored 336 runs in nine innings, including match-winning 90 runs in the Finals.

Baba Aparajith contributed to both departments in the 2021 edition. He scored 181 runs and picked up nine wickets.

One of the most consistent wicket-takers, Sai Kishore was impactful with 12 scalps in seven matches at an economy of 5.85. With the bat, he scored 53 runs. 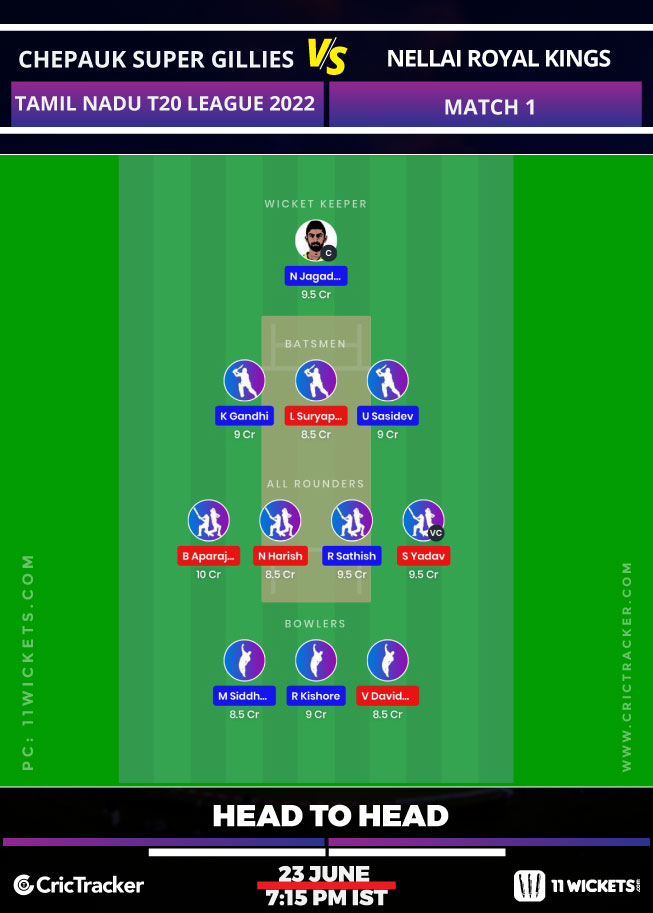 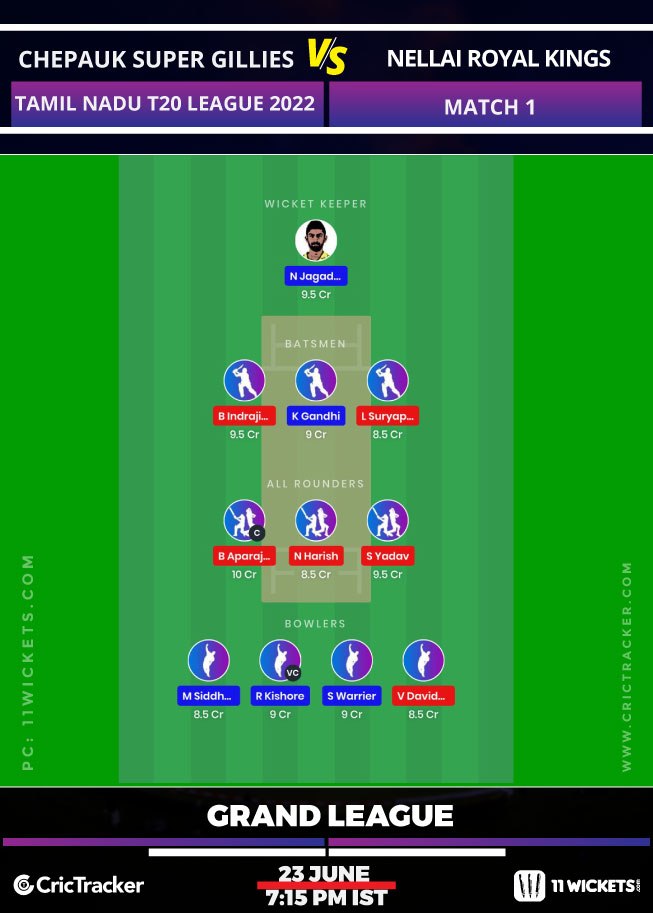