Dwayne Bravo is a risky captaincy pick for this contest. 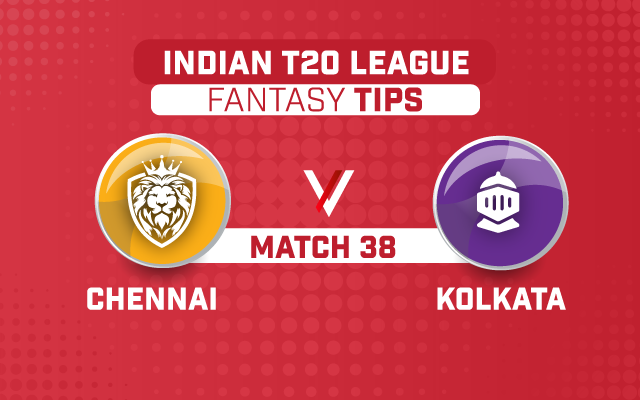 Chennai Super Kings and Kolkata Knight Riders aim to continue their winning run as they take on each other in match 38 of the Indian Premier League (IPL) 2021. The encounter takes place at the Sheikh Zayed Stadium in Abu Dhabi on Sunday (September 26). Both these sides have made a thrilling start to the UAE leg, winning their first two games, and it would be interesting to see how this game unfolds.

With seven wins in nine outings, MS Dhoni’s men are leading the team standings and a win in this fixture would secure them a place in the playoffs. Hence, the Men in Yellow have all the reasons to go all guns blazing. On the other hand, after a horrendous campaign in the first leg, KKR bounced back and defeated MI and RCB comprehensively. Hence, they would be high on confidence as well.

The wicket is conducive for the bowlers, and we have witnessed the same in the first couple of matches this season. While fast bowlers get help early on, spinners come into action as the game progresses. Traditionally, this venue has been suitable for chasing.

Venkatesh Iyer has started his IPL career in a thrilling fashion, playing match-winning knocks in his first couple of outings. After scoring an unbeaten 41 against RCB, the opener scored a half-century against MI.

Ruturaj Gaikwad has also been largely impressive in this UAE leg and CSK would be counting on him. Overall, he has slammed 322 runs in nine matches this season.

In 30 IPL matches, English all-rounder Sam Curran has scored 333 runs at an average of over 30 and has also picked up 32 wickets.

Andre Russell is Bravo’s KKR counterpart and all eyes will be on him as well. Alongside smashing 163 runs this season, he has taken 10 wickets.

Lockie Ferguson is a wicket-taking bowler who can set the speed gun on fire and is effective in every stage of the game. He has taken four wickets in two matches in the UAE leg.

Varun Chakravarthy likes to attack the stumps every time he runs in, and he did the same against RCB and MI. Overall, the mystery spinner has taken 10 wickets this season.

Dinesh Karthik didn’t get to bat in the UAE leg with KKR’s top order doing well. However, he has been impressive behind the stumps and can trouble with the willow in hand as well.

CSK vs KKR Must Picks for Dream11 Fantasy Cricket:

After bagging a duck against MI, Faf du Plessis scored an impressive 31 against RCB. He was also on a roll in the first half. Hence, he is a risky captaincy pick for your fantasy teams.

Although Ravindra Jadeja hasn’t done much after IPL 2021 resumption, he is a proven match-winner of this format.

KKR skipper Eoin Morgan hasn’t been in sensational form lately and with so many potent options from the batters, it’s hard to pick him in the fantasy teams.