Heading into this game both the teams will look to put their best game to the fore.

Northern Knights and Central Stags will face each other in Match 10 of the New Zealand ODI series. The former had to face defeat in their opening fixture of the tournament to Canterbury Kings by seven wickets. The last match between the two teams was abandoned.

Central Stags, on the other hand, haven’t played a match in the tournament so far. They will be keen on making a larger impact on the series. Heading into this game both the teams will look to put their best game to the fore.

The batters will enjoy some good time on this pitch. The bowlers will have to toil hard in order to reap rewards from this deck. On winning the toss, bowling first can be a good alternative on this surface.

Probable Playing XIs for CST vs NOR:

Top Picks for CST vs NOR 11Wickets Fantasy Cricket

Jeet Raval is one of the key players of the Northern Knights. He played an impressive knock of 74 runs in the match against the Canterbury Kings. He can be a good pick for this match.

Joe Carter chimed in with a half-century in the opening fixture for the team. Heading into this game his contributions will be crucial for the side. He can be the other good pick for this match.

Greg Hay has an impressive record in the domestic circuit. He will have a lot of hopes pinned on him to provide the side with a steady start. He can be the other good player to bank on for this game.

Suggested Playing XI No.1 for CST vs NOR 11Wickets Fantasy Cricket 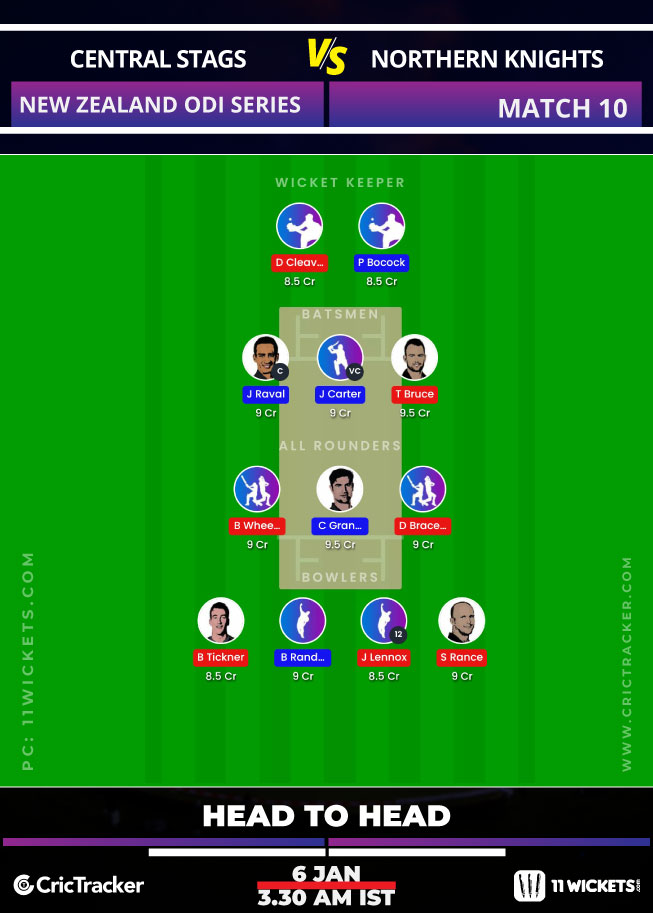 Suggested Playing XI No.2 for CST vs NOR 11Wickets Fantasy Cricket 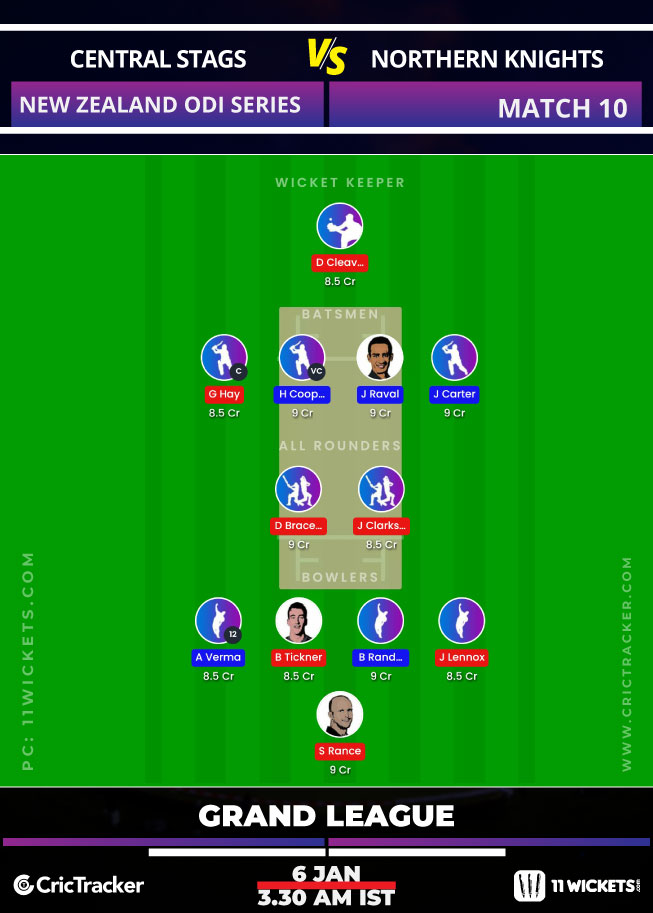