Canterbury are expected to get their fourth consecutive win of the season by beating Northern Districts.

The 11th match of the Ford Trophy 2020 will be played between Canterbury and Wellington at the Hagley Oval, Christchurch.

This match will see the clash between a team that is currently on fire and a team that was on fire until they took a dip recently. Coming into this game will immense confidence will be the lethal Canterbury side. They have played 3 matches in this competition and are yet to lose once.

Northern Districts also had a brilliant start to their 2020-21 Ford Trophy campaign. They started off with two consecutive wins over Auckland. However, Canterbury got the better of them in the last game. To get their revenge on Canterbury, they will need to keep their batting unit quiet.

The weather will be on the brighter side, with the temperature expected to be around 22 °C. There is no rain on the cards,

The pitch at the Hagley Oval will favour the batsmen, especially in the first innings. Hence, toss might be a crucial factor here.

Babar Azam to fund the education of 250 students; dedicates initiative to his father

Over a 10-year period, the IPL will expand to 12 teams: Star Sports CEO Sanjog Gupta

Todd Astle has been brilliant with his all-round skills. He has scored 92 runs in 2 innings and has also picked up 3 wickets.

Sean Davey has been the best performer for Canterbury in the bowling department. He has scalped 8 wickets and has maintained an economy rate of just over 4 runs per over.

In terms of batting, Chad Bowes has been the star performer for Canterbury. He has scored 145 runs at an extraordinary average of almost 50.

Brett Randell has been amazing with the ball for Northern Districts. He has scalped 9 wickets, while also keeping a check on the flow of runs. 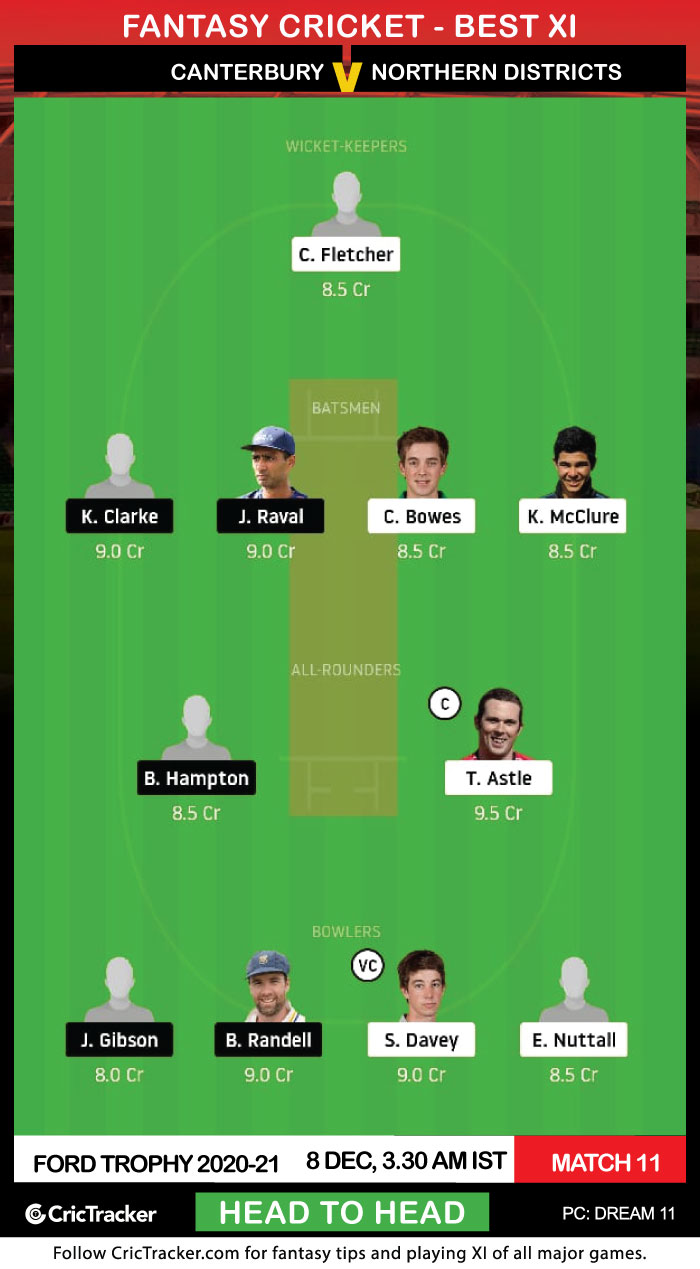 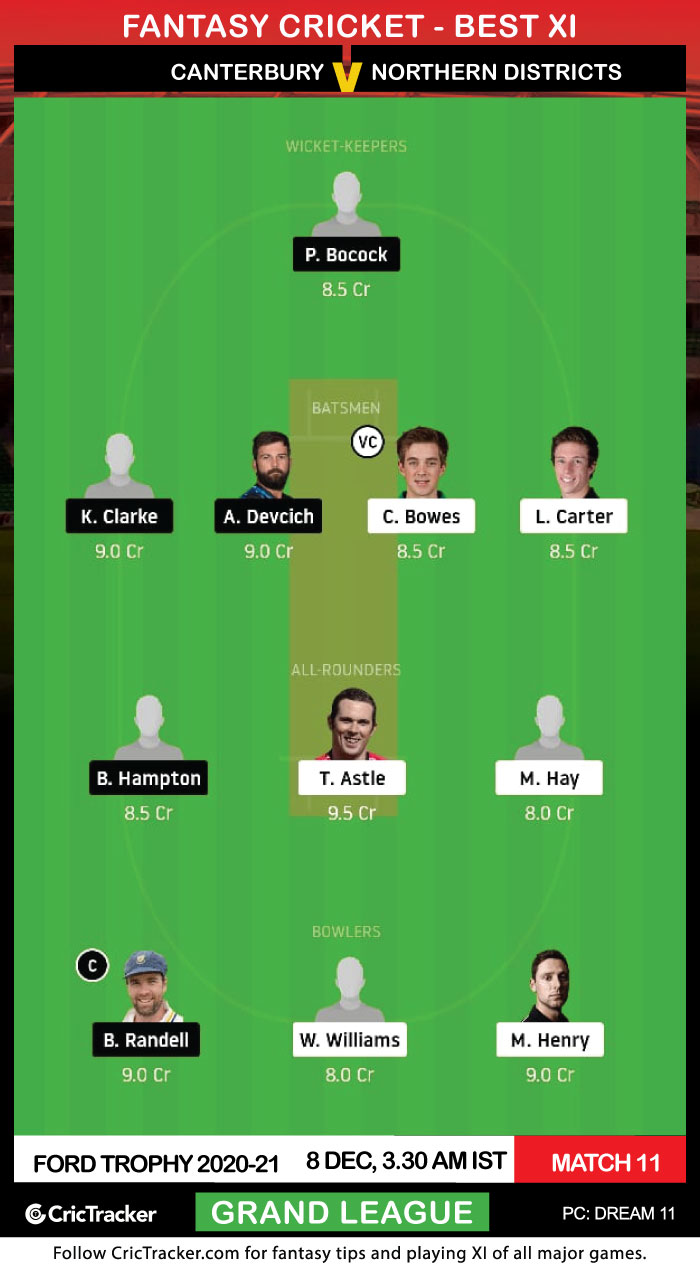 Will Williams has picked up 6 wickets in 3 games while maintaining an economy rate of 4 runs per over. He can be a clever budget pick for your Dream11 Fantasy team at only 8.0 Cr.