Atif Muhammad will be a wise choice in your Dream11 Fantasy team. You can try him as a Captain at your own risk as he can add valuable points with both the bat and the ball.

The 11th match of the ECS T10 Barcelona Bash 2020 will be played between Catalunya Tigers CC and Pak I Care at the Montjuic Olympic Ground, Barcelona on Monday.

It is the 3rd day of the ECS T10 Barcelona Bash tournament where Catalunya Tigers CC will take on Pak I Care during the third game. Both the teams facing each other for the second time in the league. During their last meeting, Catalunya Tigers CC won the battle against the rivals by defending the total of 128 runs posted by them. Moreover, Catalunya Tigers CC have won all the games they played and have momentum on their side.

Pak I Care are not lesser than them as they won 3 out of their four matches and are just below them in the points table. Adding to that, they would look to win the upcoming game to take over Catalunya Tigers CC in the league table. However, it will be interesting to see that who’s going to grab the two invaluable points as each and every game is important in this league.

The weather in Barcelona has remained brilliant for cricket. The skies will be clear with the temperatures hovering around the 14-16 Degrees Celsius mark

The track at this venue is a batting paradise, as the ball comes easily on the bat without much swing. The bowlers will need to put extra effort to contain the runs, as the outfield is too quick. Pacers have had a little bit of support from this turf in the last couple of games.

Also Read – I will be happy to bat wherever the team wants me to in Australia: Rohit Sharma

The wicketkeeper-batsman, Muhammad Ihsan is the leading run-getter in the ongoing competition. The latter has amassed 159 runs from just four outings.

Atif Muhammad is a must pick for your Fantasy team. He has picked up 7 wickets and scored 32 runs for his team. Moreover, he is the leading wicket-taker along with Sarfraz Ahmed from the Catalunya Tigers CC team who has also gone on to bag 7 wickets in the league.

Hassan Gondal will be the other player to be picked up from Pak I Care team. He has plucked 4 wickets in four games.

Adeel Sarwar, one of the best performers of the league has piled up 134 runs including 4 wickets to his name.

Following him, Asjad Butt has also contributed well with the bat, having scored 129 runs in four matches and managed to pick a wicket under his belt.

Muhammad Zeeshan has been decent with the bat. However, the latter has given the breakthrough whenever his team needed. He has picked up 5 wickets in his four appearances. 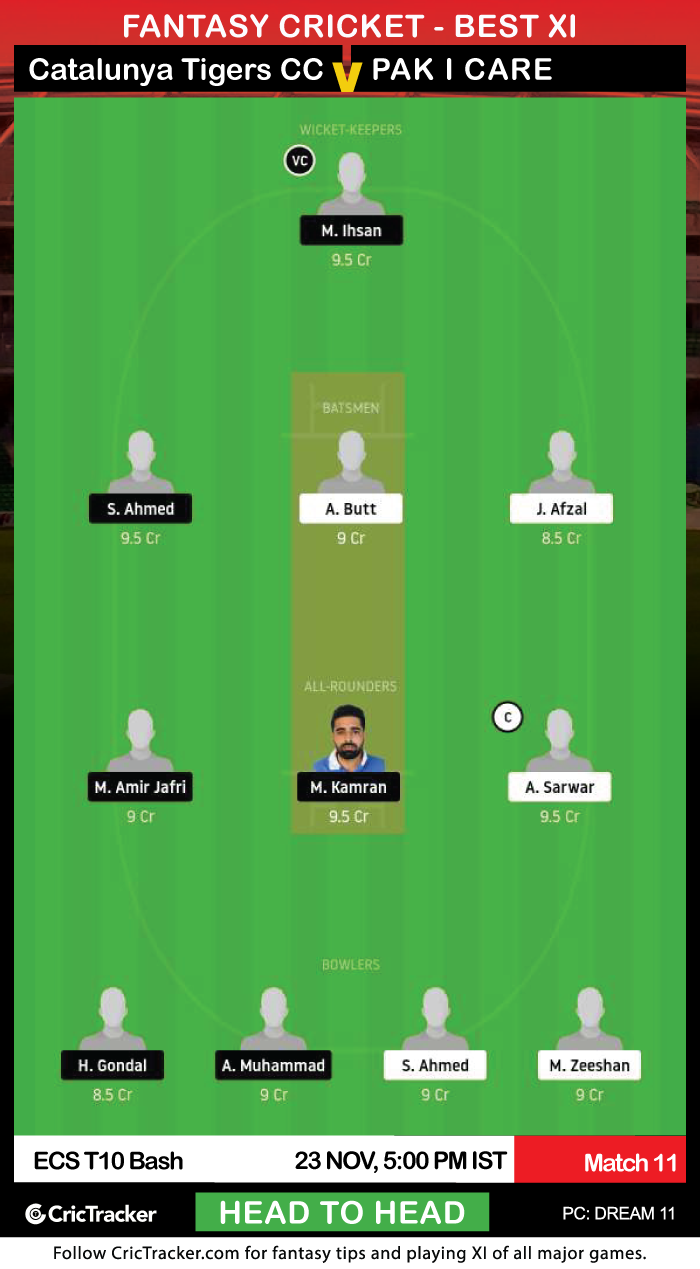 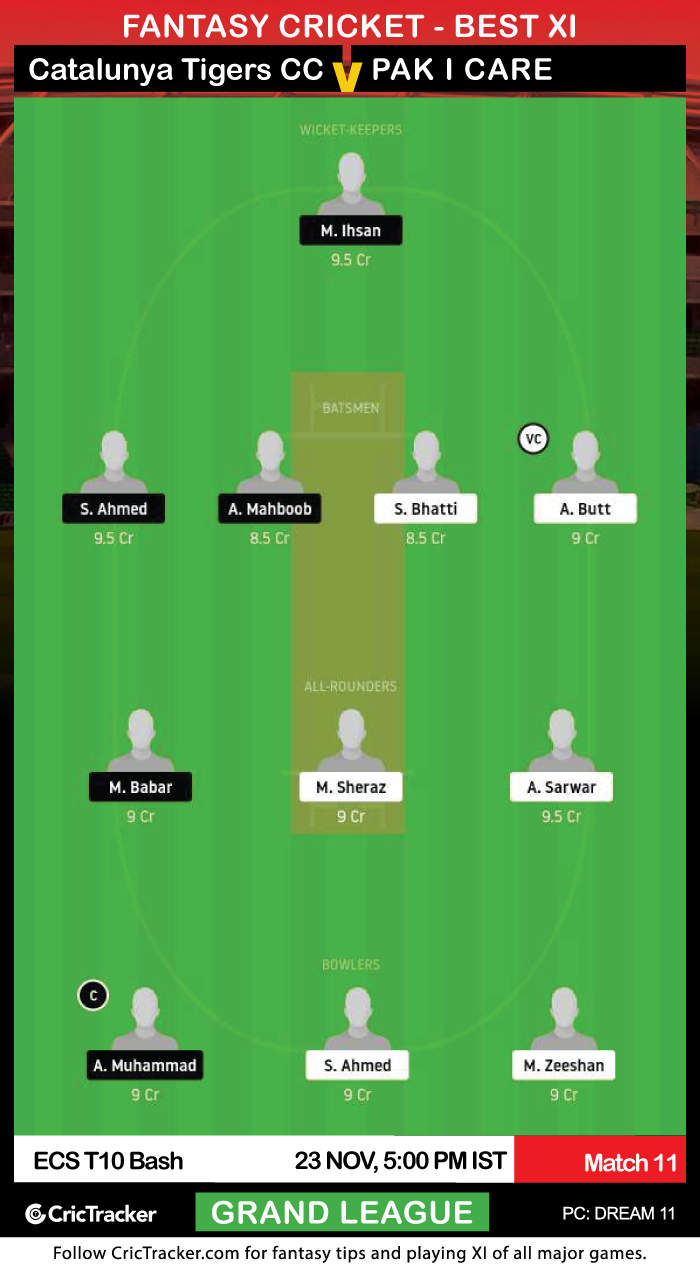 Atif Muhammad will be a wise choice in your Dream11 Fantasy team. You can try him as a Captain at your own risk as he can add valuable points with both the bat and the ball.

Catalunya Tigers CC are expected to win this match.