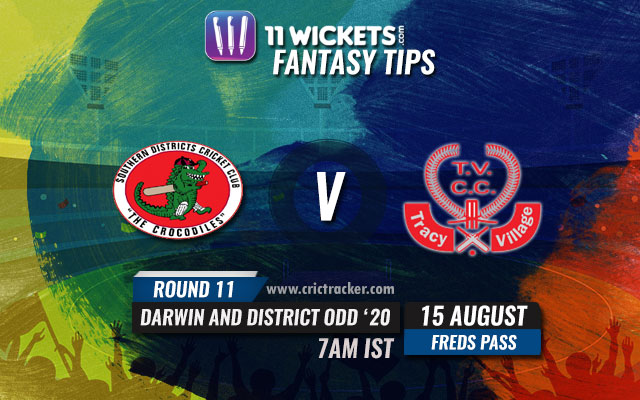 The Round 11 match of the Darwin and Districts ODD between Southern Districts CC and Tracy Village CC will be played at the Fred’s Pass.

As we gear up for the second half of the Darwin and Districts ODD, there are some important games to be played. One of those is the match between Southern Districts CC and Tracy Village CC. The Southern Districts would have gained a lot of confidence from their performance in the last game. They registered a stunning victory by chasing down the 108-run target in 19.1 overs. On the other hand, the Tracy Village CC has got off the track slightly losing a close game to Pint CC by 12 runs. They will need to win all their remaining games to fancy a place in the finals.

The temperatures will be around the 30 degrees Celsius mark throughout the day and there is very little chance for precipitation.

The pitch at this venue is a sporting one and has something on offer for everyone.

Dean Fry is the highest run-scorer in the tournament with 273 runs. Moreover, he has also picked up 7 wickets with the ball. Christopher McEvoy is another top pick for this game. The all-rounder scored 98 runs in six innings and even picked up 12 wickets in the tournament. 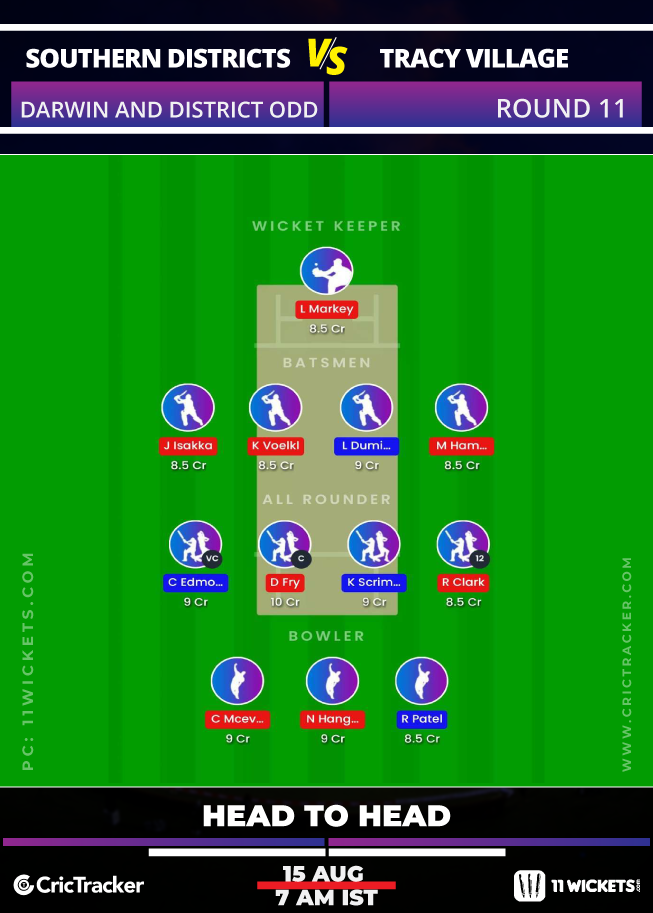 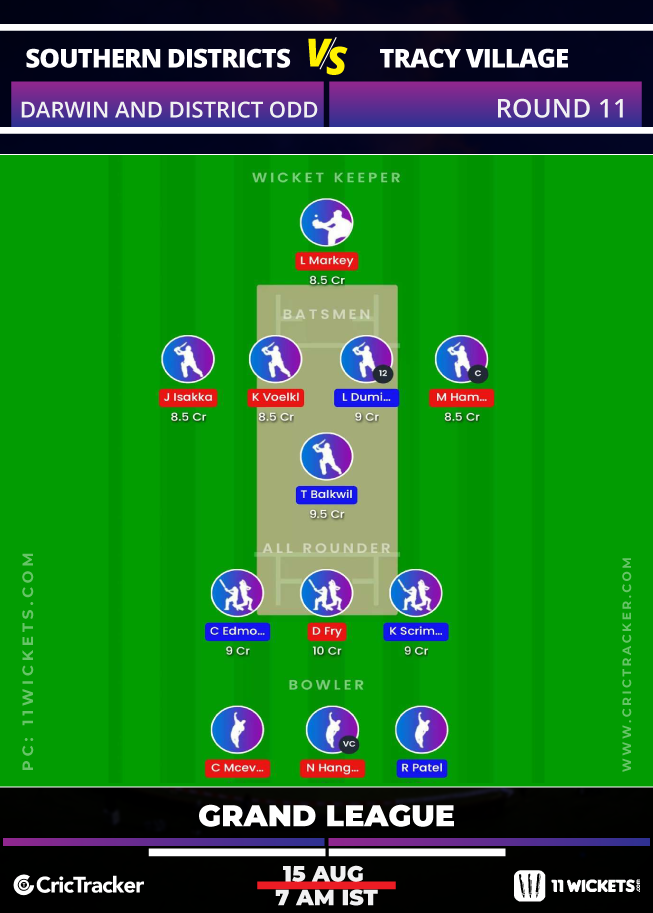 Avoid picking Michael Ninneman in your side as he is not listed to play this match.