Dean Fry has amassed 319 runs at an average of 45.57 in nine matches where he also bagged ten wickets.

The 12th Round match of Darwin and District ODD 2020 will be played between Darwin Cricket Club and Southern Districts Cricket Club at the Kahlin Oval in Darwin.

Southern Districts Cricket Club and Darwin Cricket Club will lock horns in the 12th round match of the Darwin and District One-Day Cup at the Kahlin Oval on Saturday. The Southern Districts CC team are cruising through in the league phase having won all the ten matches they played thus far. They could be seen finishing as the table-toppers if they manage to win at least one more match. The home team Darwin Cricket Club has been quite poor as they won only three of the nine matches and are placed at No.5.

No interruptions are expected during the match between Darwin CC and Southern Districts CC.

The Kahlin Oval in Darwin can be said as a pitch that keeps slowing down as the match progresses. Hence, the Darwin Districts team could find success here even after posting only 189 in one of the games. Southern Districts could get to 225 at least if they bat first.

Luke Shelton scored 409 runs with help of five fifties in nine matches where he also picked up 13 wickets in this tournament.

Dean Fry has amassed 319 runs at an average of 45.57 in nine matches where he also bagged ten wickets.

Christopher McEvoy has bagged as many as 15 wickets across nine matches and also scored 98 runs at an average over 30. 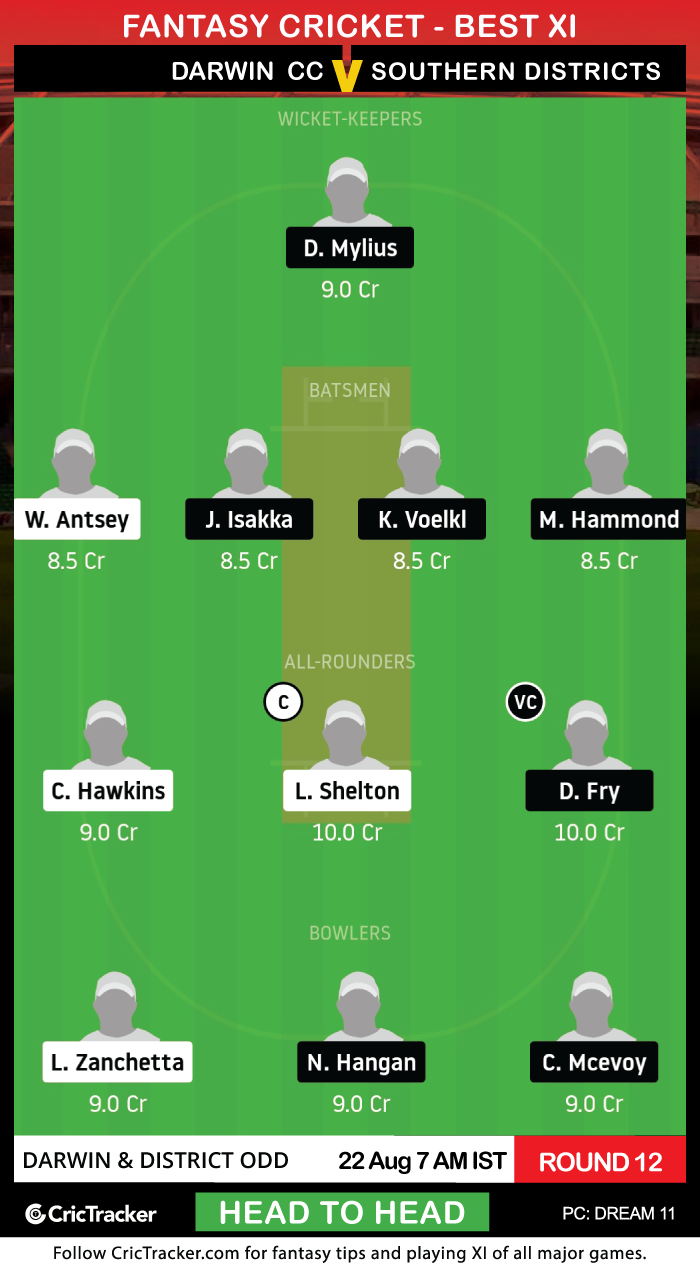 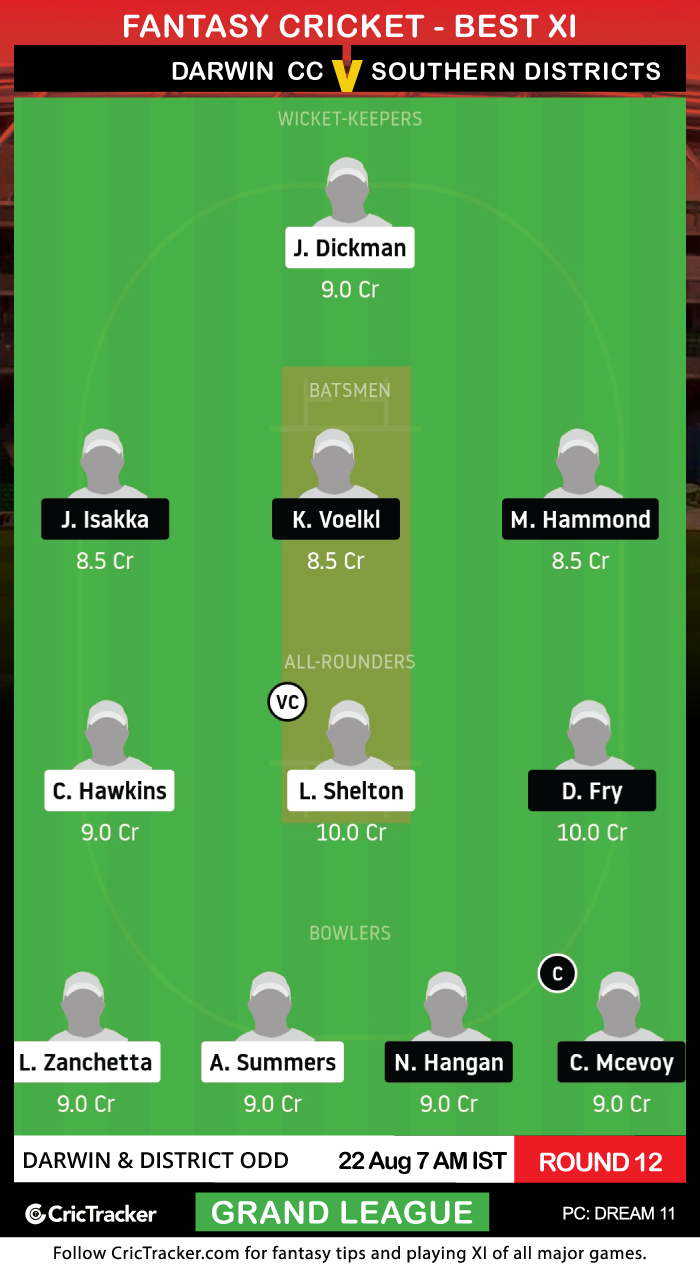 The Southern Districts CC are expected to continue their winning streak and remain unbeaten in the tournament.