Darwin CC is expected to win this match.

Playing their last match before the playoffs will be Tracy Village and Darwin when they lock horns with each other on Saturday. Tracy Village CC have not been able to make their mark on the tournament so far and are pegged at the bottom of the points table.

Saturday is expected to bring along clear skies with the sun shining brightly in the skies and no chance of rainfall. Also, the temperature is expected to be in the 29 to 34 degree Celsius range.

The pitch at this ground is expected to have in store a lot of help for the bowlers, with the pacers being the ones enjoying the most among the bowlers.

Luke Shelton is the top run-scorer of this tournament, with 495 runs to his name in the 11 matches he has played in, at an average of 49.50. He has also taken 17 wickets with the ball.

Coby Edmondstone has made contributions to his team’s campaign with both the bat and the ball in hand. He has not only scored 171 runs and but also took 20 wickets in 11 matches.

Luke Zanchetta in the 11 matches he has played in so far, has taken 14 wickets and has also scored 109 runs, showing capabilities both with the bat and the ball in hand.

Aaron Summers has been in great form with the ball in this tournament and is placed at the 6th spot in the wicket-takers’ list with 18 wickets to his name in just 7 matches he has played in. 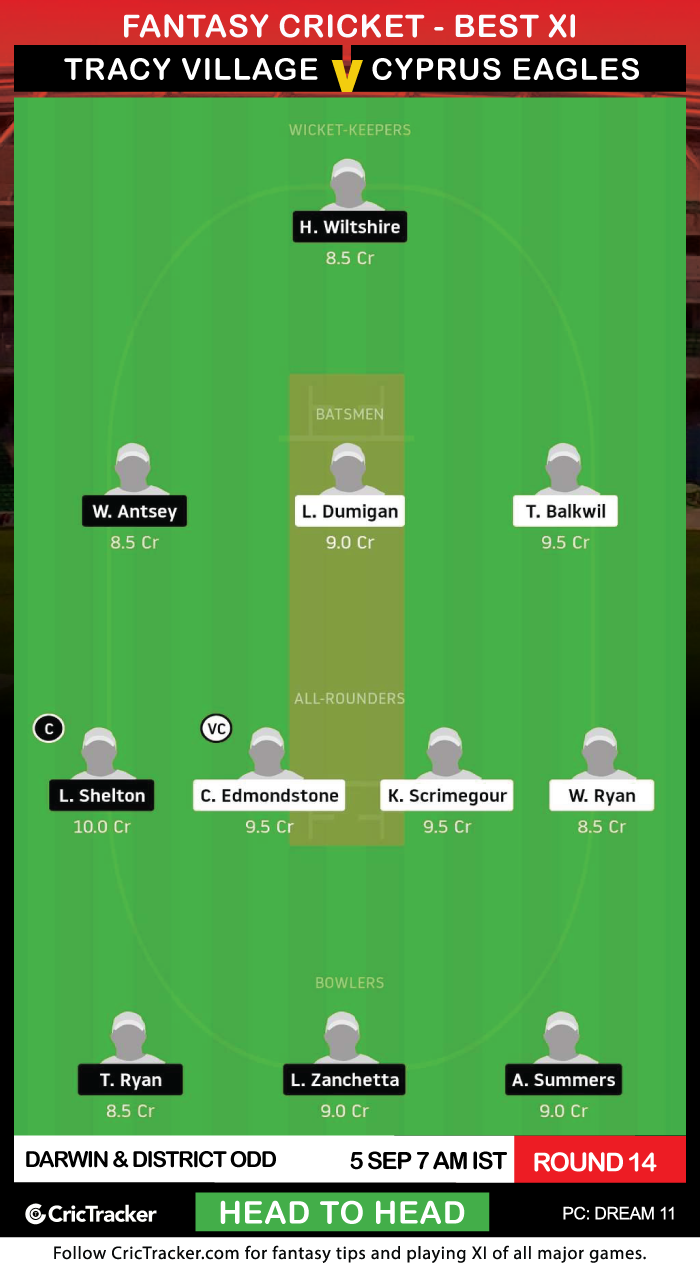 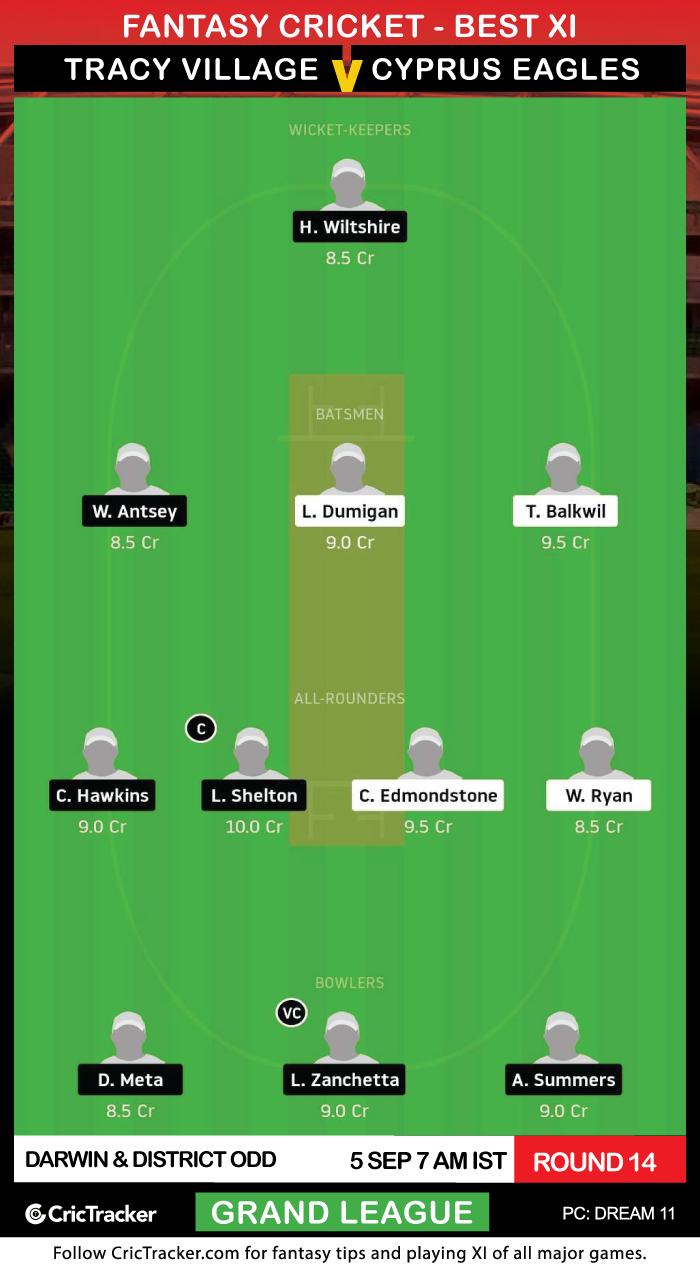 Kyle Scrimgeour and Connor Hawkins are great options to be included as the fourth all-rounders in your Dream11 Fantasy teams. You can include either of them in your team and won’t go wrong.

Darwin CC is expected to win this match.