Phillip picked seven wickets in the last game. It will be wise to make him VC in the GL. 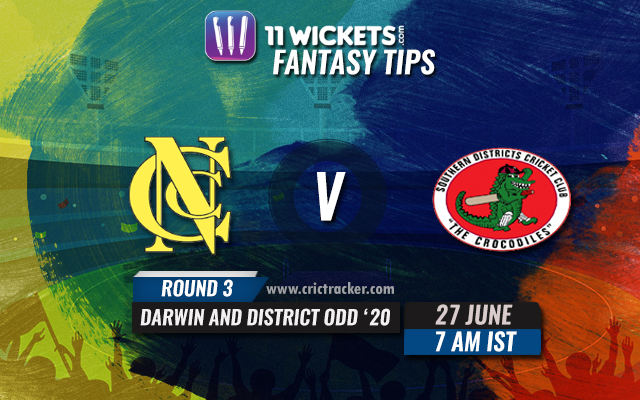 The weather is fine in Darwin on Saturday with rain not expected to interrupt the proceedings.

Two matches were played at the venue earlier this month and both the encounters turned out to be low-scoring. The trend is expected to continue for this match as well.

Average first innings score: 144 (In two 40-over matches played at the venue this season)

Corey Kelly scored 75 runs in the previous match and will be keen to continue batting the same way. Matt Hammond’s all-round ability makes him the best player of the team. He scored 29 runs and then picked up a wicket. Apart from them, McEvoy and Ninneman should be picked in the team.

For the Nightcliff CC, Adi Dave is a crucial player. He has so far scored 41 runs and also picked up four wickets. Baxter and Hull are the other must-have picks from this team.

Phillip picked seven wickets in the last game. It will be wise to make him VC in the GL.