Delhi Bulls are expected to start their season with a win.

The 3rd match of the Abu Dhabi T10 League will be played between Delhi Bulls & Bangla Tigers at the Sheikh Zayed Stadium, Abu Dhabi on January 28th, Thursday.

The match is scheduled to start at 10 PM IST (7:30 PM Local Time). It will be live on Sony Sports Network and live streaming is available on Sony LIV and Jio TV.

The Bangla Tigers made it to the playoffs in the previous season, where they lost to the Deccan Gladiators in the eliminator stage, while Delhi Bulls missed out after reaching the super league stage of the tournament.

Both teams are filled with power-packed hitters, but Bangla Tigers look a slightly better side with the confidence of their previous season. That being said, the Bulls have made some refreshing changes this season so this game is expected to be a cracking one.

There will be partly cloudy conditions with only 10% chances of rain. The game is expected to begin under good humid conditions as is usually the case in the United Arab Emirates. The temperature will hover around the 20 degrees mark.

The pitch is evenly balanced with a little help for the pacers. Average score on this ground is 106 in 10 overs and teams winning the toss love to chase under the lights. So, bowling first would be the go-to for both Captains.

Aryan Lakra was one of the most prolific all-rounders and finds of the recently concluded Emirates D20 tournament, where he picked an average of 2 wickets per game and knows the home conditions well. His contribution with both bat and ball will be vital for Bengal Tigers.

Mujeeb ur Rahman is coming from a successful series against Ireland. In his last match, he picked up 3 wickets to rattle the Irish batsmen. Mujeeb would love to bowl under UAE conditions as he has experience playing here in the IPL.

Andre Fletcher had a decent season in the Big Bash and a match-winning knock for the Melbourne Stars back against the Strikers would have boosted his confidence. On this ground, he has played 8 matches and averages 24 with a whopping strike rate of 196. Also, he opens so the game time that he gets to bag fantasy points during the powerplay would be huge making him a must-have.

Dwayne Bravo is a legend in the shorter formats of the game. Into this fixture, he would like to lead from the front. With 21 wickets in 21 matches in this format of the game, Bravo is also a power hitter who can hit the long ball out of the ground. He will also be making a statement in this game playing for Delhi for the 1st time after shifting from the Arabians squad.

Mohammad Nabi played well in the ongoing edition of BBL for the Melbourne Renegades. He scored 159 runs and picked up 4 wickets. 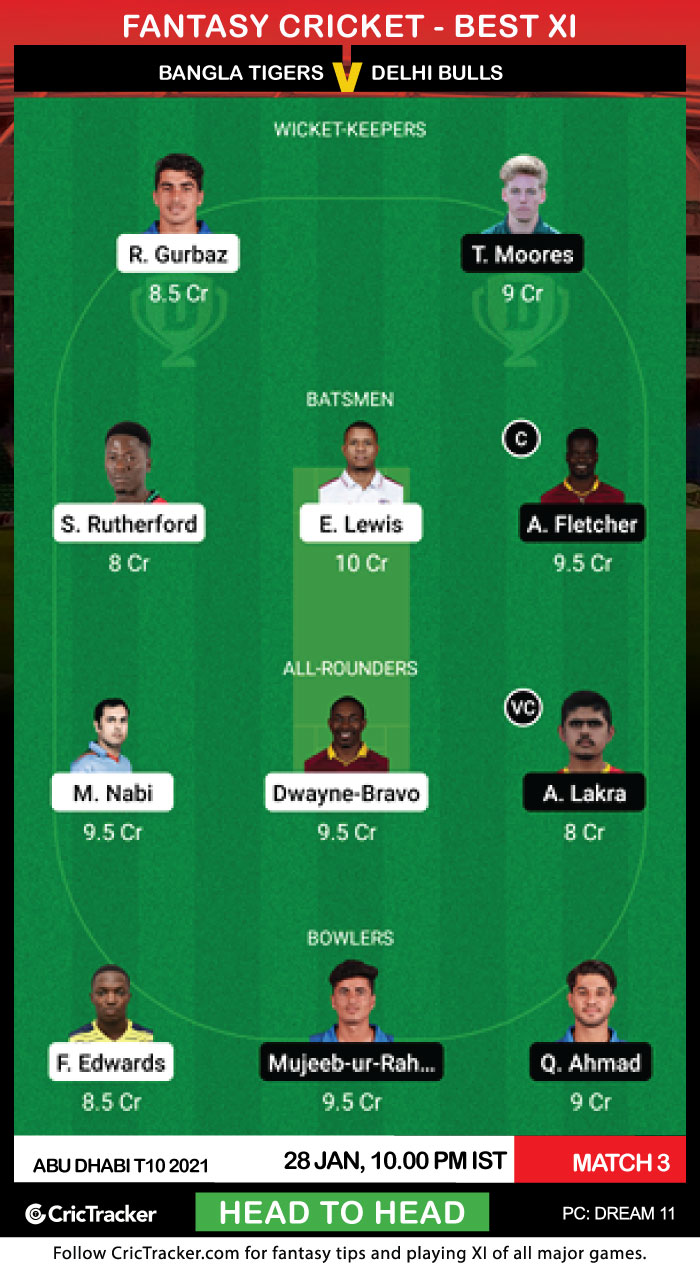 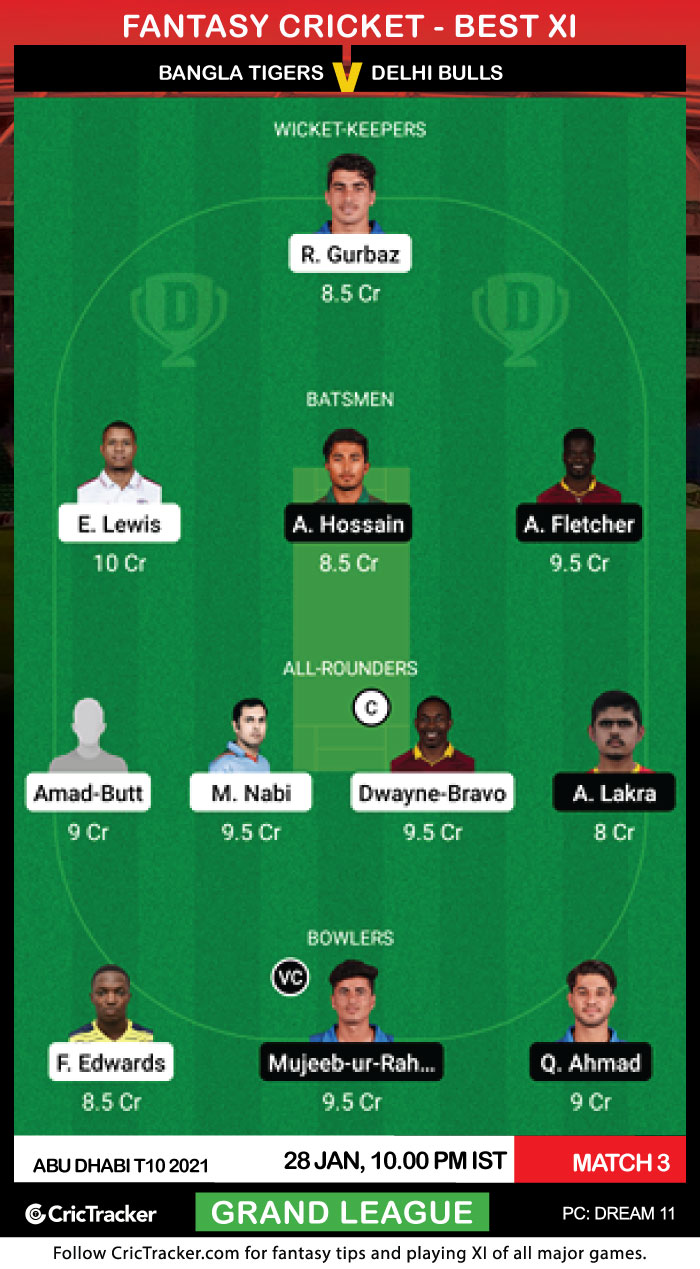 UAE players have recently played a lot of games under similar conditions so back them over overseas picks.