Rahmanullah Gurbaz can be a good pick for this match.

Delhi Bulls will battle it out against Bangla Tigers in Match 5 of the UAE T20 League 2021. The former got to a positive start in the tournament as they secured victory over Northern Warriors by six wickets. The team will aim to continue their winning momentum further in the tournament.

Bangla Tigers, on the other hand, had to face defeat against Team Abu Dhabi in their opening fixture of the league. Whilst chasing a total of 145 runs, they could manage just 105 runs as the opposition won by 40 runs. Heading into this game, the side will look forward to getting to the winning ways.

The pitch has been a good one to bat on. On winning the toss, opting to bat second can be a good alternative on this pitch.

Also Read: Tim Paine made a mistake, apologized and stepped down, let’s move on: Salman Butt

Rahmanullah Gurbaz played a belligerent inning of 30 runs off 10 balls in the first match. He is a good timer of the ball and will be determined to take the momentum further for the side.

Mohammad Hafeez chipped in crucial 31 runs for the team in the previous match. He will aim to make a larger impact on the side and can be a good pick for this game.

Andre Fletcher’s contribution at the top order will be important for the side. In the previous game too, he got to a good start for the team. He can be a good player to bank on for this match. 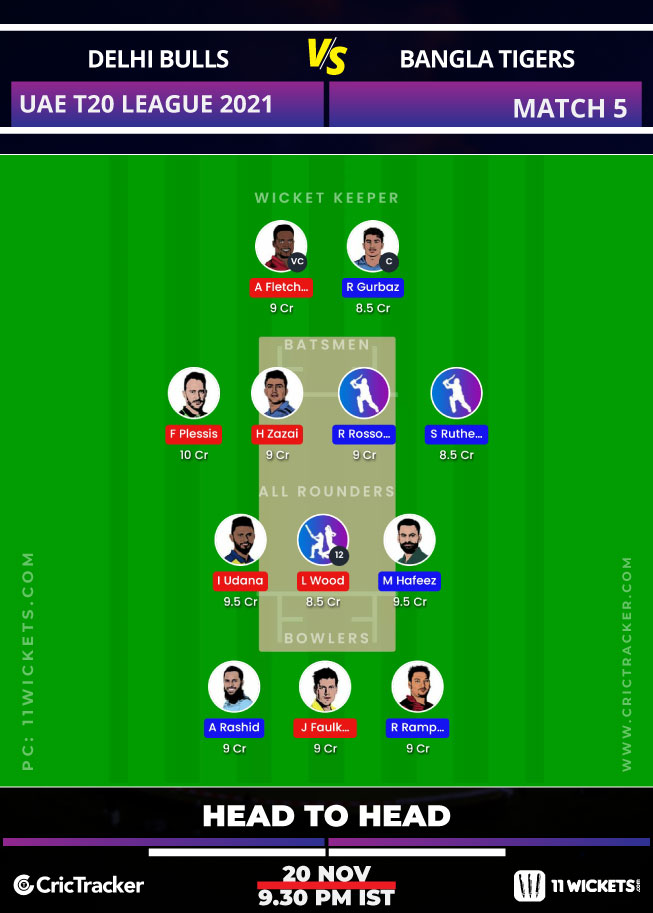 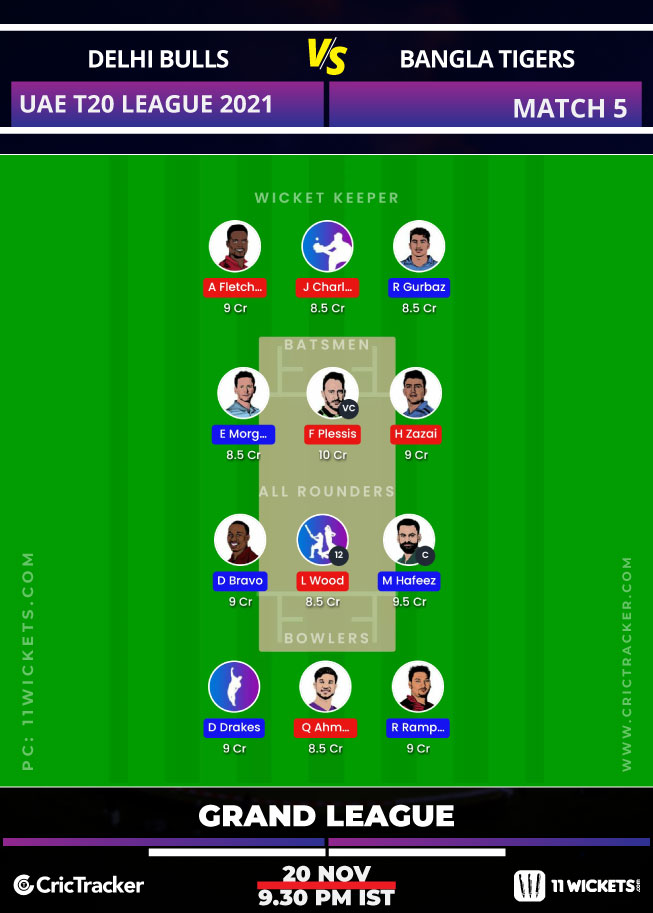