The Elite E Group match of the Syed Mushtaq Ali Trophy 2021 will be played between Delhi and Kerala at Wankhede Stadium, Mumbai.

The match is scheduled to start at 12:00 PM local time and IST on January 15th.

The Syed Mushtaq Ali Trophy rolls on with the Elite Group E match set to be played between Delhi and Kerala. Both the teams won their previous game with Delhi on the top of the table with 8 points. Kerala is at the second spot at the moment and will look to seal their top spot with the third win of the tournament. They defeated Mumbai in the previous game and the morale will be high in the dressing room.

There is no chance of rain in Mumbai on Friday with the temperature expected to be around 30 Degrees Celsius.

The pitch at Wankhede Stadium is a batting paradise but there is also be a little bit of a swing for the bowlers with the new ball. The team winning the toss should opt to bowl first.

166 (Last 4 matches of this tournament played on this venue) 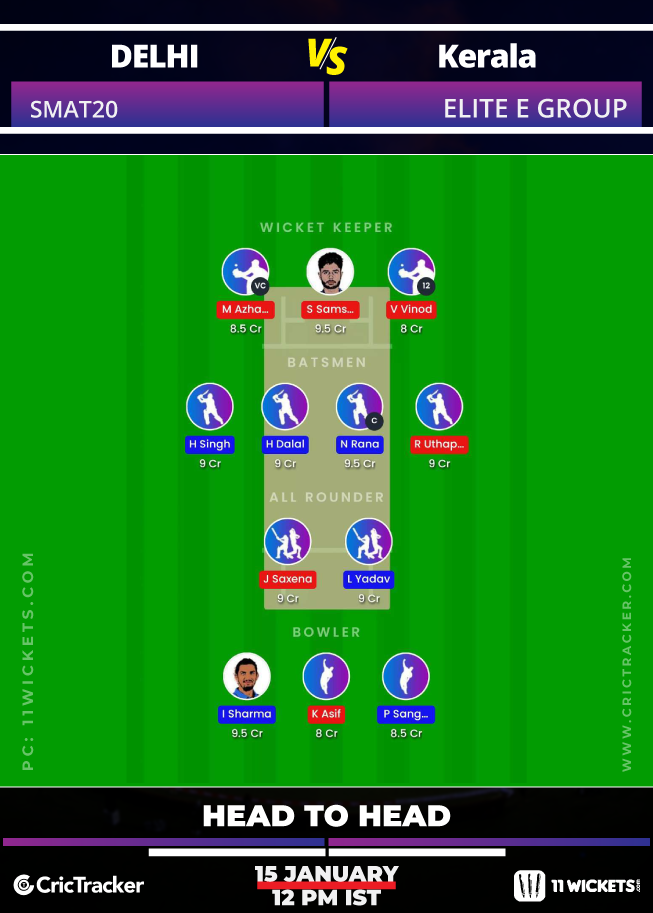 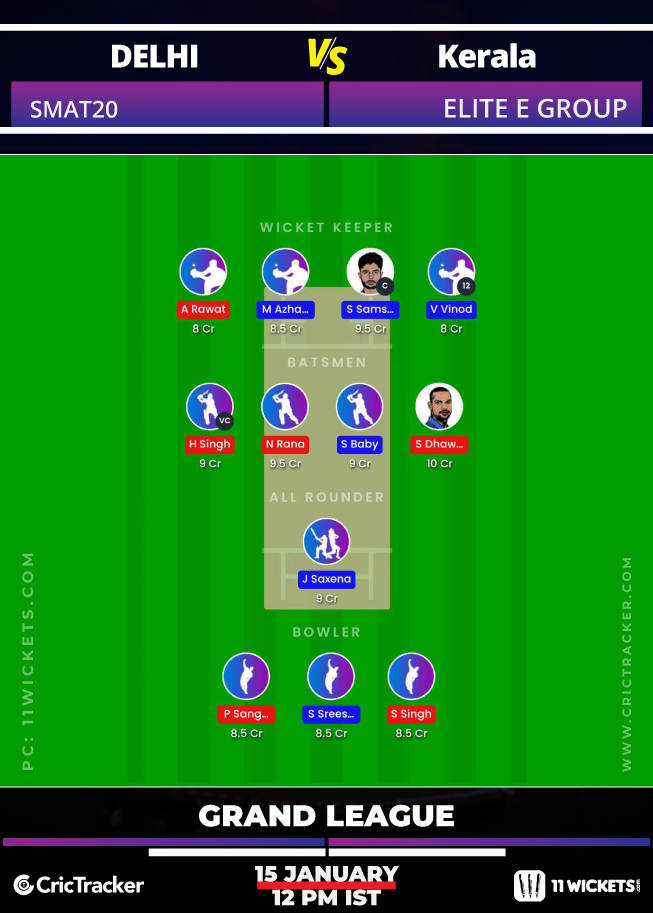 Azharuddeen is a perfect budget pick for Fantasy as he smacked a scintillating century against Mumbai.