Devdutt Padikkal: Carving a niche for himself in a batting line up filled with superstars in IPL 2020

Devdutt Padikkal: Carving a niche for himself in a batting line up filled with superstars in IPL 2020

Devdutt Padikkal has turned out to be the find of the season for RCB in IPL 2020. 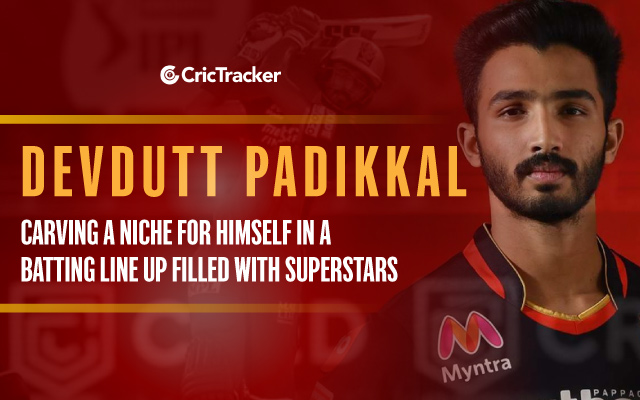 There is a sense of tranquillity with the way he approaches his craft. He does not get flustered, treats the ball on merit, and is not overawed by the situation. He has not played a single international match, and is playing his first season in the Indian Premier League (IPL). Yet, Devdutt Padikkal has displayed a sophisticated mindset in his debut season that is not very common, and has emerged as a vital cog in the batting line up of the Royal Challengers Bangalore outfit.

A season to remember

His debut season is one which Padikkal will remember with a great sense of fondness. More than the numbers, it is the way that he has stepped up for his side this season that will delight the fans of the Bangalore side. In his first IPL game, Padikkal announced his arrival in style by scoring a 42-ball 56. He was involved in a 90-run partnership with Aaron Finch, and that knock from him helped his side to beat the ‘Orange Army’ by 10 runs.

In the encounter against four-time IPL champions Mumbai, Devdutt Padikkal again chipped in with 54, and allowed his side to post a total of 201 runs on the board. He ended the IPL 2020 as the leading run scorer for the Bangalore side with 473 runs to his name. Also, he is the only player (apart from Ishan Kishan and Suryakumar Yadav), who is uncapped and still features in the Top 10 list. 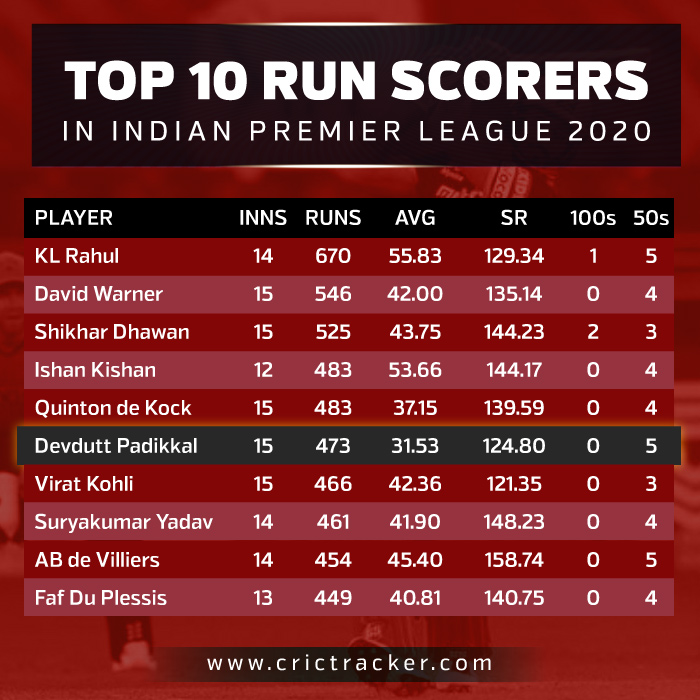 Padikkal is also the youngest batsman in the list as well. The left hander also has the joint most number of fifties (alongside KL Rahul) among the top 10 highest run scorers in the league this year.

Against Rajasthan Royals, the southpaw scored 63 at a strike rate of 140 and enabled his side to make light work of a target of 155. In 10 out of the 14 innings that he has played this year, Devdutt Padikkal crossed the 20-run mark, which shows his consistency and his ability to give good starts at the top of the order for Bangalore.

Carving a niche for himself

In fact, his team mate Chris Morris was effusive in praise of the Karnataka player. This is what Morris has to say. 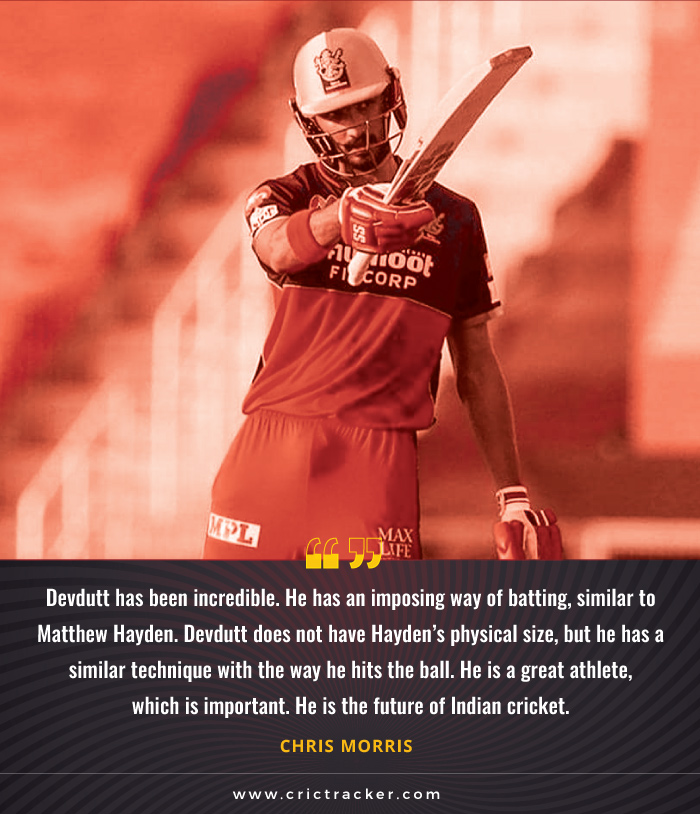 Yes. In a team that has the highest run scorer in the history of the IPL and a modern day batting marvel in Virat Kohli, and an unorthodox batting Genius whose sorcery endears him to the masses in AB de Villiers, Padikkal has carved a niche for himself.

He has done that by keeping things simple, by playing each ball on merit. And, at the age of 20, he has made the world sit up and take notice. If Devdutt Padikkal can carry on in the same way, not only will he continue to don the black and red for RCB for many years, the day he will walk out to bat in the blue for India isn’t too far away.