Bokaro Blasters are expected to win this match.

After a disastrous start to the tournament, the Dhanbad Dynamos have made an unbelievable comeback by winning 3 consecutive matches. They will look to continue this sublime form. The Bokaro Blasters, meanwhile, have climbed the ladder steadily and are now placed at the number 1 spot in the table. Hunting one after the other, the Blasters have won 4 of their 5 games in the league so far. The Blasters have snatched victories from the jaws of defeats in this tournament on several occasions.

It would be a great contest between the two most in-form teams of the tournament. The previous game between these 2 teams went down to the wire, where the Blasters held on their nerves are plucked a nail-biting win in the last over of the match. The Dynamos would be desperate for revenge.

The weather of Jharkhand remains to be a reason for concern in this match as well. The temperature will hover around 25°C-27°C. Thunderstorms and rain are predicted for this match, too.

There is a good amount of support on offer for the spinners and the pacers. It could be yet another low-scoring affair.

Sahil Raj is in extraordinary form with both bat and ball. He has contributed 76 runs with the bat and also took 6 wickets with the ball so far in the league. His all-round performance is one of the major reasons for Dhanbad’s comeback in this league.

Nazim Siddiqui opens for Dhanbad and has been the base for Dhanbad’s lineup. He has scored 107 runs in the league so far.

Jai Prakash Yadav is the strength of Dhanbad’s bowling lineup. Known for his lethal left-arm pace with variation, Yadav has hunted 8 scalps so far, including a 5-for in his very first game.

Kumar Deobrat has been a consistent performer for the Blasters. The top-order has scored 101 runs so far, including a 47 off 34 against Dhanbad Dynamos. 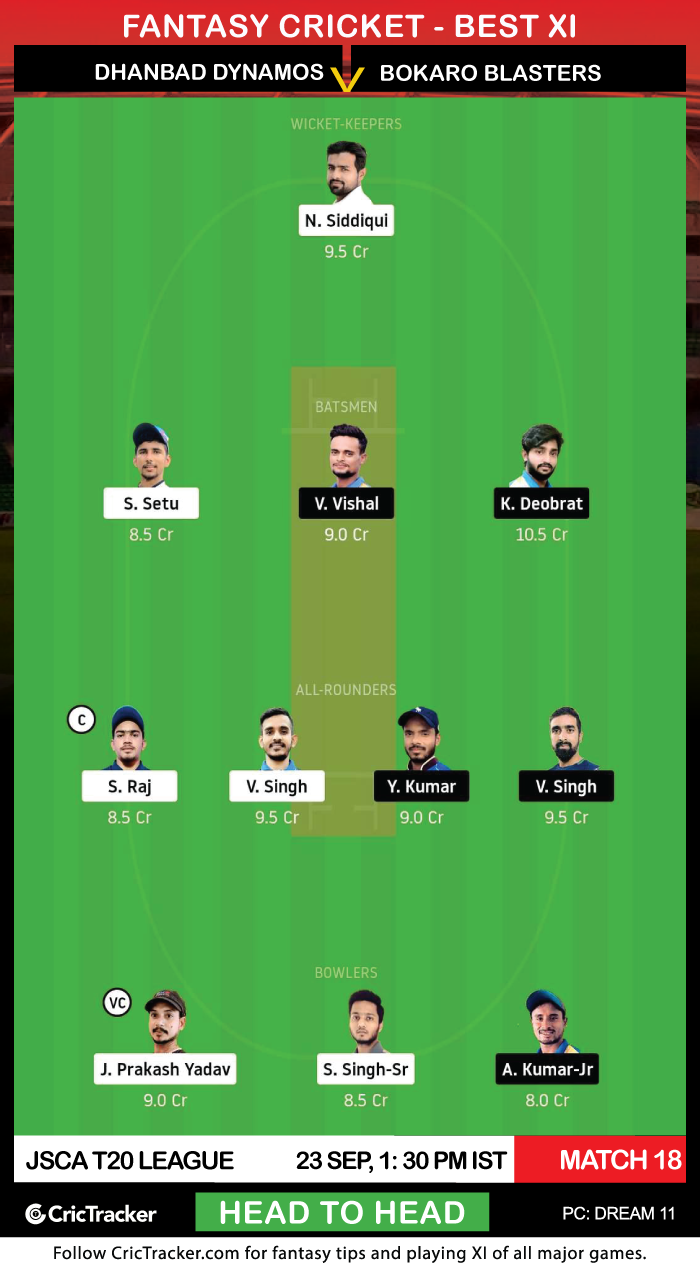 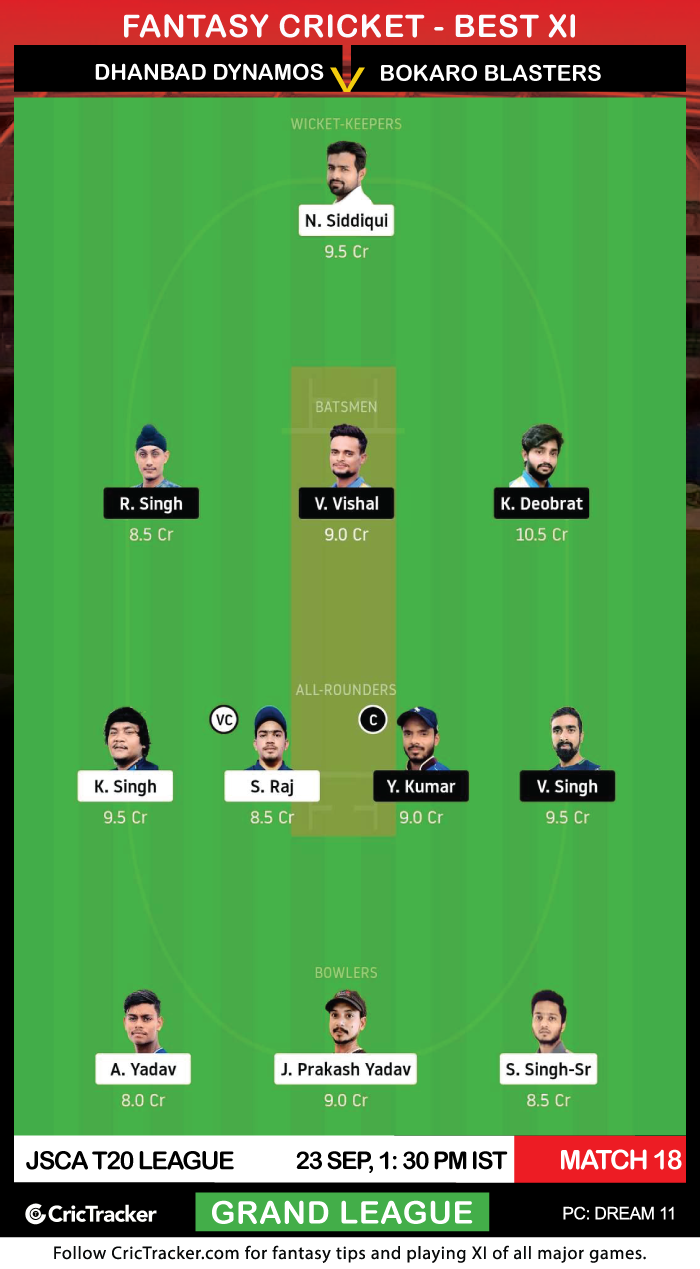 It is better not to pick more than three or four batsmen in your team considering the nature of the pitch.

Bokaro Blasters are expected to win this match.