Venkat Ganesan has been a key player for Dusseldorf Blackcaps.

The DJK SG Solingen side will take on the Dusseldorf Blackcaps unit in Matches 33 and 34 of the ECS T10 Krefeld tournament. The match will be streamed live on FanCode.

In matches no. 33 and 34 of the European Cricket Series 2021 T10 Krefeld will be played between DJK SG Solingen and Dusseldorf Blackcaps. As the league moves ahead, this clash will hold importance as both teams are looking to squeeze in some points.

Dusseldorf Blackcaps started their campaign on a high and is currently placed at the second position in the Group B points table. They have won three out of their four matches and lost one. On the other hand, DJK SG Solingen is yet to win a match in this competition and has lost three matches already. Their only point came from a match that was abandoned.

Captaincy Picks for DJK vs DBS

Ahmadzai has been contributing to his team in each and every match so far in the competition. He should be looking to continue his good form. In the last four matches, he has picked up six wickets for his team. Apart from this, he has scored 46 runs in those four matches.

Veeru Kolla hasn’t really been at his best with the ball. However, instead, he has taken the opportunity to do well with the bat for his team. In the last three innings in which he has batted, he has managed to score 63 runs. 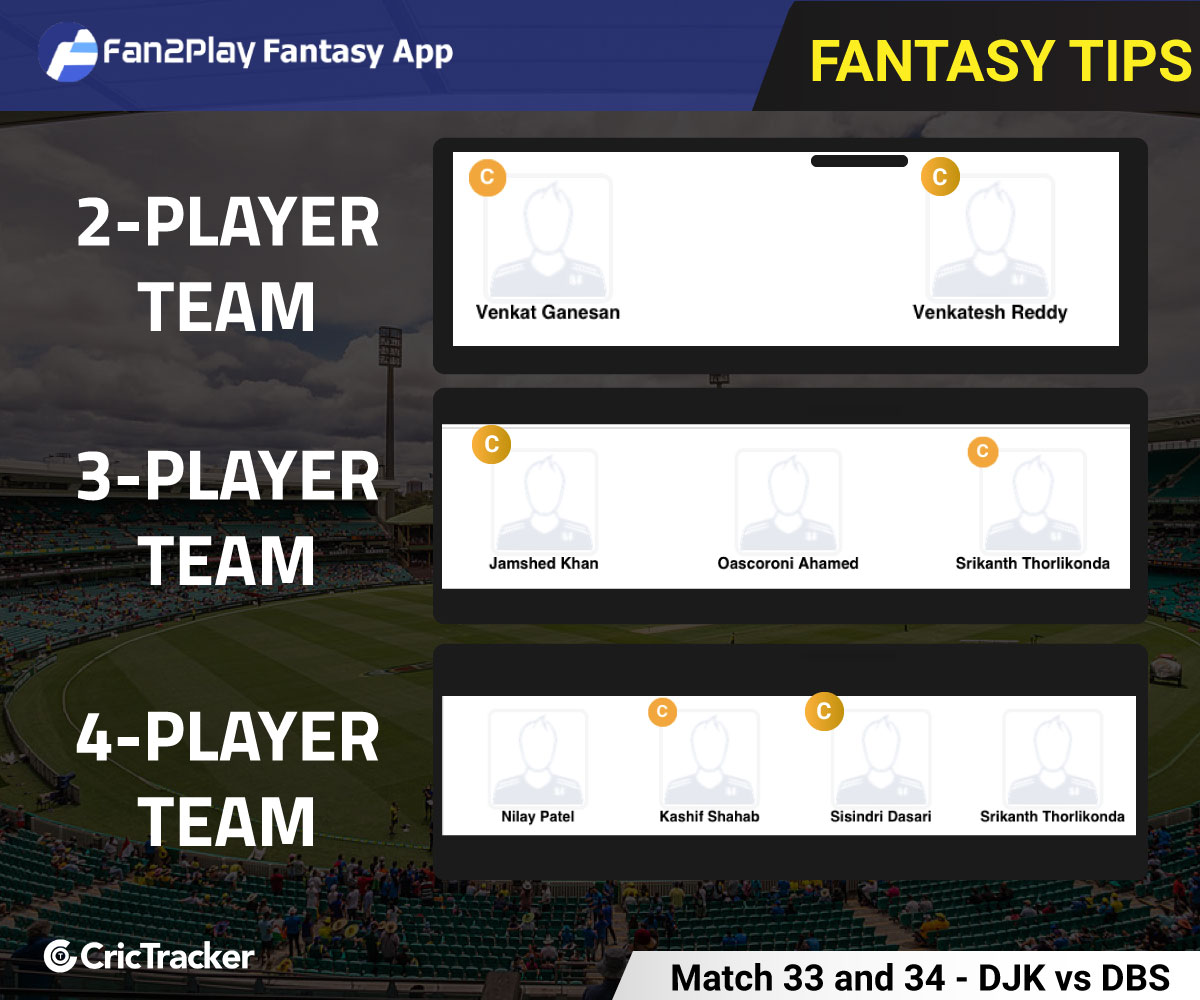 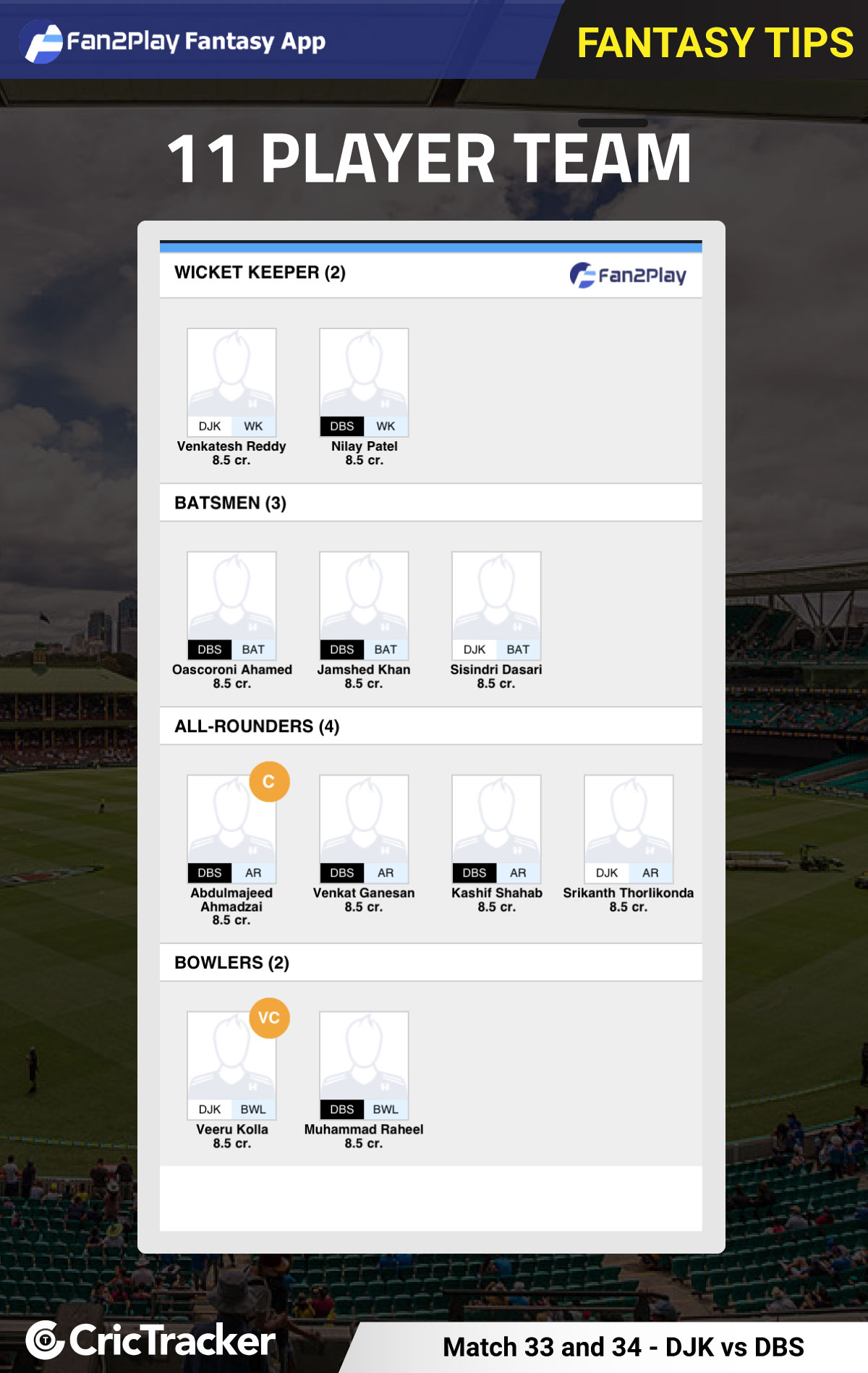