Serge Conein is a good captaincy option for this match.

The Djurgardens Cricket Forening side will lock horns against the Huddinge outfit in the 21st match of the ECS Sweden T10 tournament. This match will be played at the Norsborg Cricket Ground in Stockholm.

The Djurgardens side experienced a good outing last season and lost just a solitary match in 2020. They will be looking to win the title this time around. They are a side that is arguably the strongest in Group B.

On the other hand, the Huddinge outfit will be making their maiden appearance in the tournament. It would be interesting to see how they fare against the mighty Djugardens side.

Captaincy Picks for DJU vs HUD

Serge Conein was the highest wicket-taker for the Djurgardens Cricket Forening side in the previous season. He scalped 9 wickets at an average of 9.88. He will be a tricky bowler to face.

Richie Robbins was in excellent form for the Djugardens side in the previous edition of the tournament. He was the 2nd highest run-scorer for his side last time and plundered 116 runs at an average of close to 40. Robbins will hold the key for his side with the bat in hand. 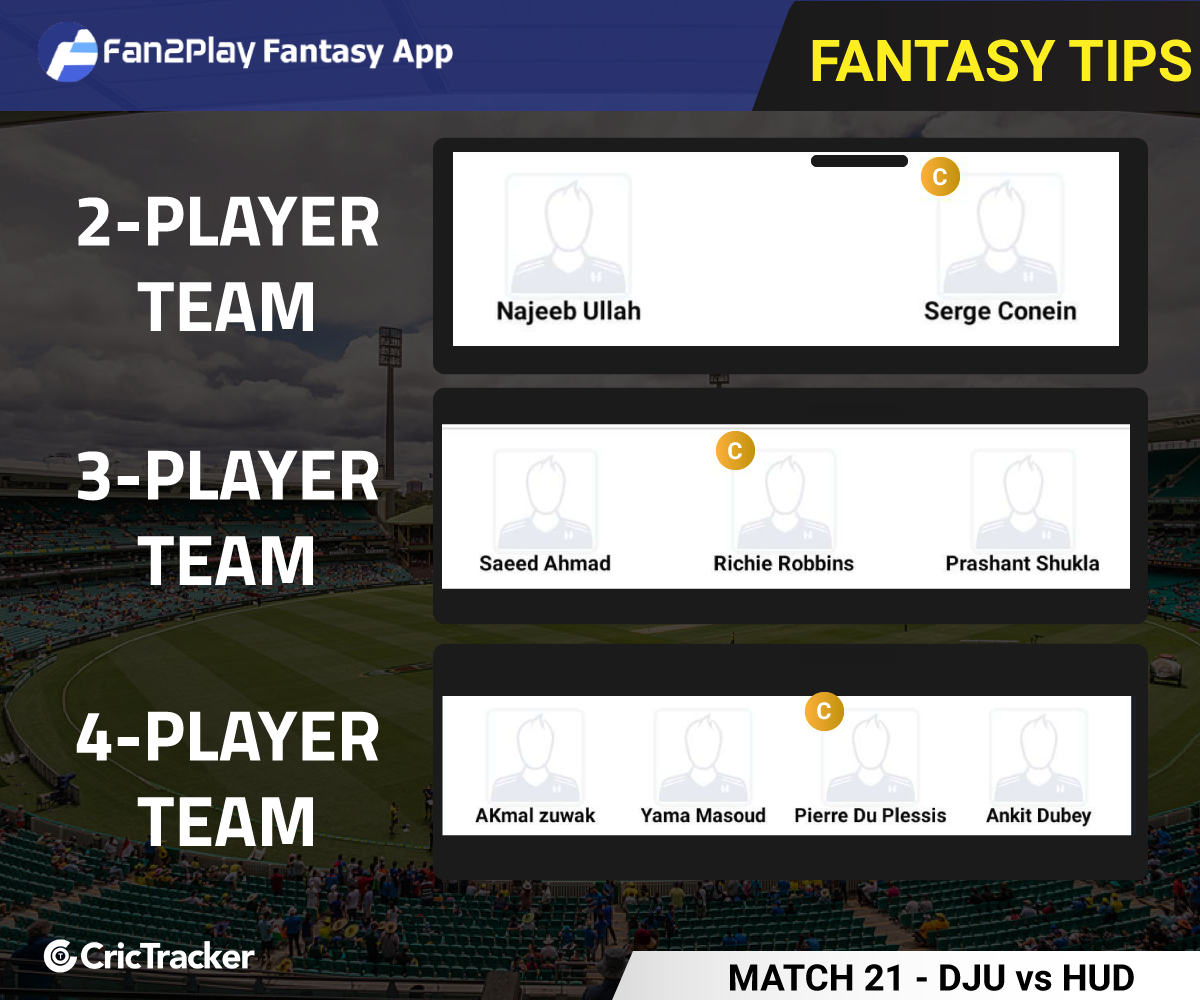 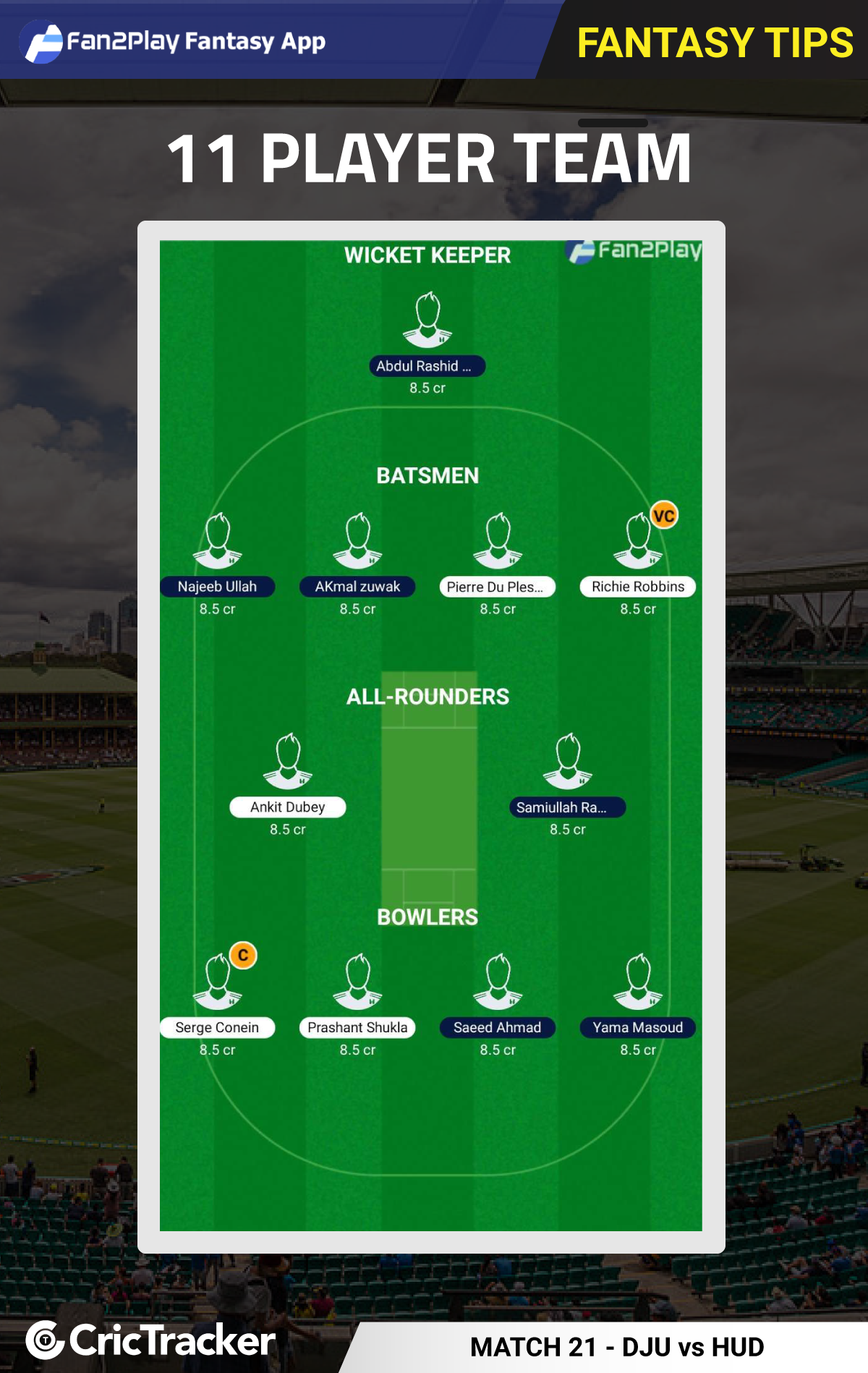