Dolphins are expected to make it 3 wins in a row by winning this game.

The 4th match of Pool A of the Momentum One Day Cup 2021 will be played between Dolphins and Titans at Senwes Park, Potchefstroom.

The match is scheduled to start at 1:30 PM IST (10:00 AM local time) and it will be streamed live on Super Sports and CSN channels.

The Dolphins will take on the Titans in the next fixture of Momentum One Day Cup 2021. Dolphins are huge favourites for this game as they have won the first two matches of their campaign. They have a pretty good balanced squad with good numbers of all-rounders, which make them the strongest team of this competition. Both batting and bowling have been top-notch for them in the first two games. They would look to continue the same form to make it three wins in a row.

On the other side, the Titans are placed 3rd in the Pool A points table with one defeat and a washout in the last game. They had a pretty good start with the ball in the first game, but could not carry the momentum during the death overs against the defending champions. Their batting disappointed in the first game, something that they will need to rectify in this game.

The weather doesn’t look promising at all for the fourth match of Pool A between Dolphins and Titans on Thursday. The forecast shows it will rain the whole day and a thunderstorm is expected to hit Potchefstroom anytime during the match time.

The pitch has clearly helped the batsmen more than the bowlers in the couple of matches played here so far this season. It has been raining from the last few days, so bowling first can be a better option to get the best out of this pitch.

Tim Paine had a very bad outing at the SCG: Kamran Akmal

Senuran Muthusamy scored a brilliant 70 in the last match against Titans. He also has picked up 3 wickets in two games so far.

David Miller scored a brilliant half-century in the last game. The experienced batsman can be a safe pick for captaincy.

Tabraiz Shamsi is going to be a must-pick from the bowlers. Expect hhim to create a big impact on this match.

Robbie Frylinck and Ruan de Swardt are currently leading the wicket-taking charts in this season. They both can be handy with the bat as well. 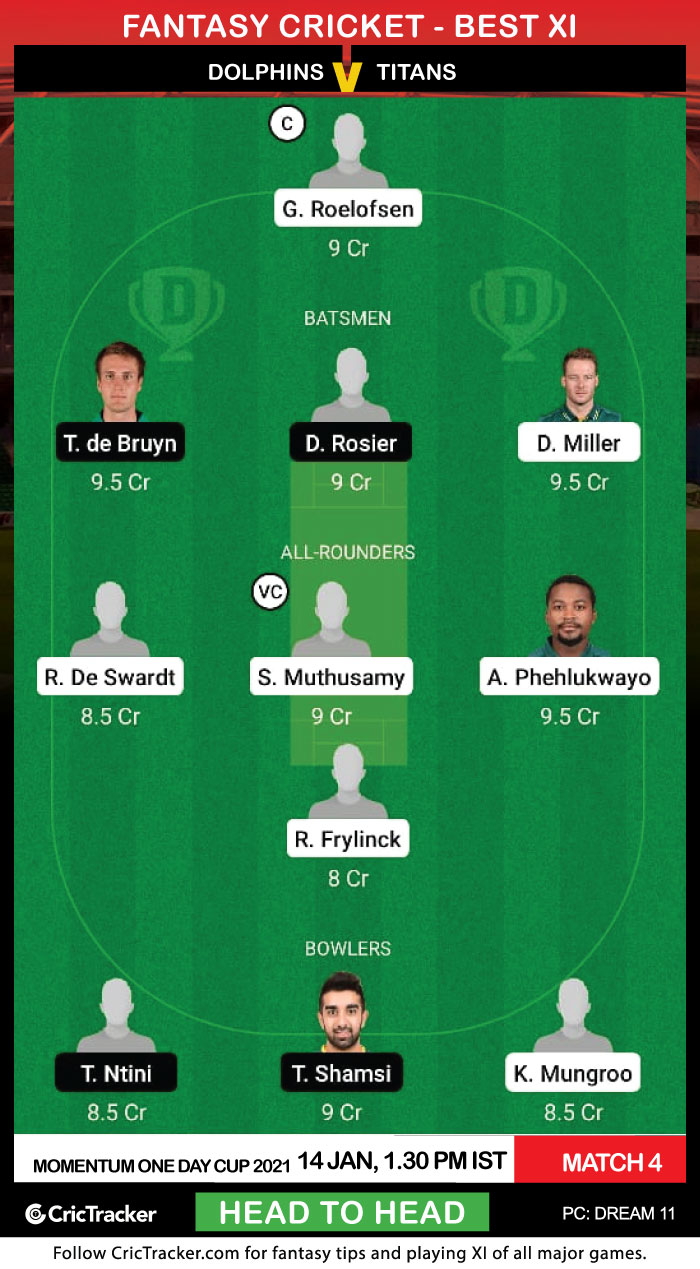 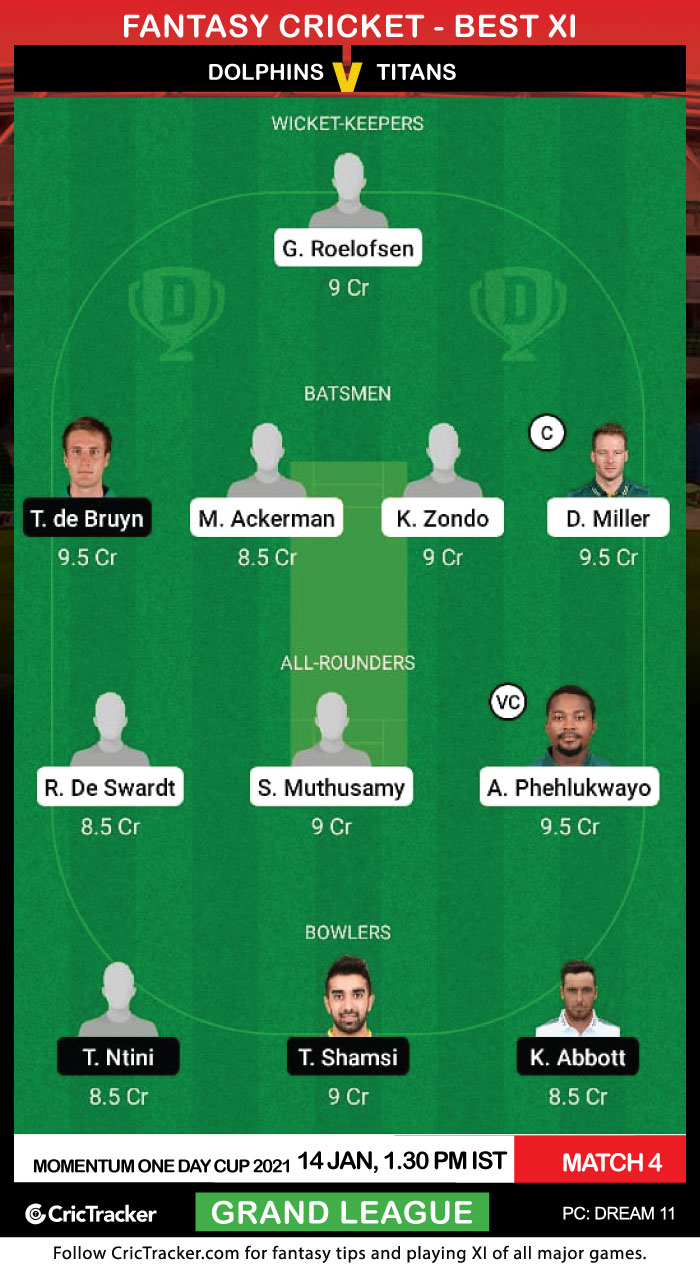 It has been raining in the last couple of days in Potchefstroom. So, it is advisable to choose your bowlers from the team bowling first after the toss.