Lockie Ferguson delivered a match-winning spell in his last outing.

Durham will meet Yorkshire in their next assignment in T20 Blast 2021. This match will take place on June 11 (Friday) at the Riverside Ground in Chester-le-Street.

This encounter will commence at 11:00 PM IST and will be streamed live on FanCode.

Yorkshire made a brilliant start to the season, registering a six-wicket triumph over Warwickshire in their first outing. Credit must go to the bowlers as they restricted the opposition team to 144/8 on a decent track. There wasn’t much drama in the chase either as David Willey’s men crossed the line with nine balls to spare.

On the other hand, Durham, who have been slotted in the North Group, will kick-start their campaign in T20 Blast with this match. They blew hot and cold last season and couldn’t cross the group stage. Hence, they would be determined to put up a much better show this time around.

Yorkshire dasher Jonny Bairstow has been in red-hot form lately and would like to shine against Durham as well. The opener also enjoyed a fruitful outing against Warwickshire, where he scored a breezy 34 off 22 deliveries. Notably, Bairstow smashed three massive sixes in his brief cameo, and the Cameron Bancroft-led side needs a solid plan to restrict him.

Bairstow’s teammate Lockie Ferguson will also be under the spotlight for this game. The New Zealand speedster delivered a breath-taking spell in his last outing and dismantled Warwickshire’s batting line-up. He took three wickets in his quota of four overs and conceded mere 23 runs. Hence, tackling him won’t be easy for Durham players. 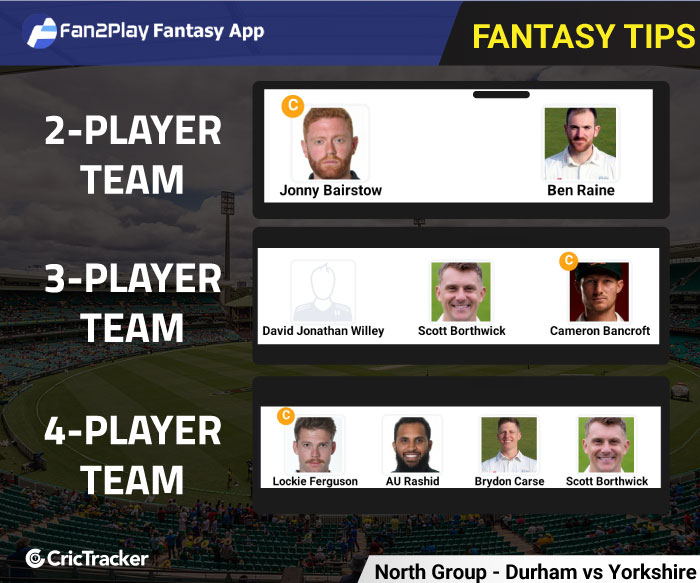 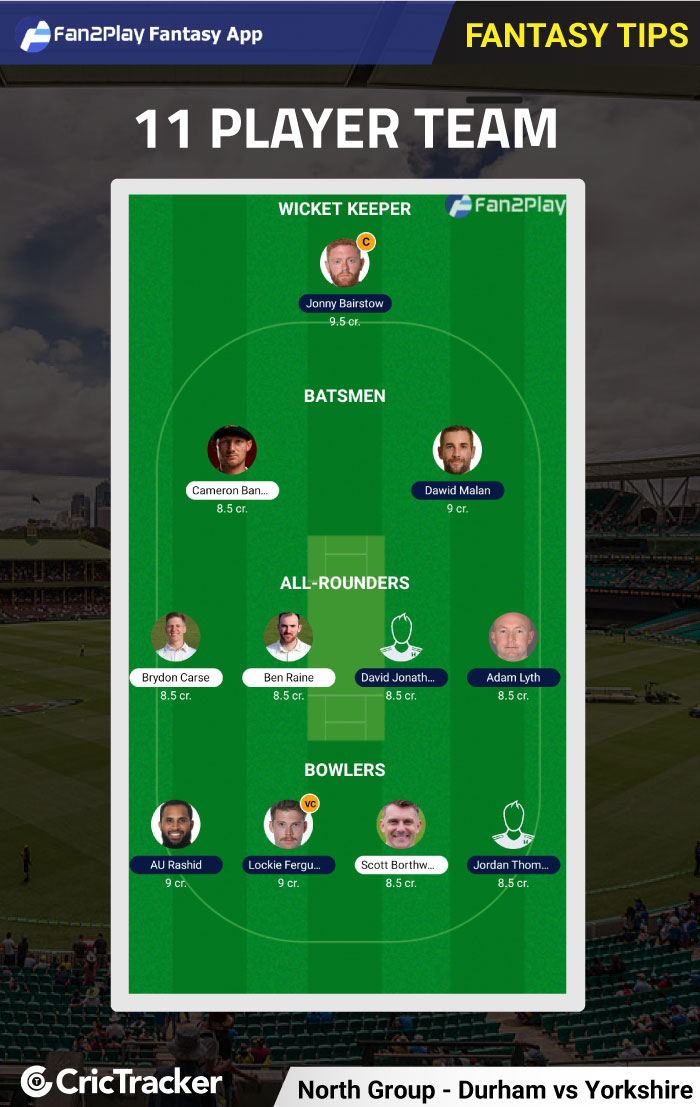