R Adithya Reddy has been phenomenal with both the bat and ball in the competition.

The Eagles will play the Smashers in the 34th match of the Pondicherry T10 Series 2022 at the Siechem Ground in Pondicherry. Eagles have so far won four of their eight games and drawn one. Smashers, on the other hand, are having their worst season yet and are on the verge of being eliminated from a qualifier. The Eagles currently sit second in the standings, while the Smashers are seventh.

The pitch at Siechem Ground is well-balanced. Although batting is easier early on, pacers should find some movement with the new ball. The team that wins the toss may choose to bat first in terms of setting up a big total.

Akshay Jain S has bowled well so far in the competition, picking 10 wickets at an impressive average of 10.80 in seven games.

R Adithya Reddy has been phenomenal with both the bat and ball in the competition. He has amassed 98 runs and taken 6 wickets at an average of 18.83 in seven games.

Ayyanar R looked decent with the bat so far in the tournament, amassing 144 runs at an average of 24 in seven games.

AS Govindaraajan is another key player from his side. He has smashed 87 runs and taken 2 wickets at an average of 18.24 in six games. 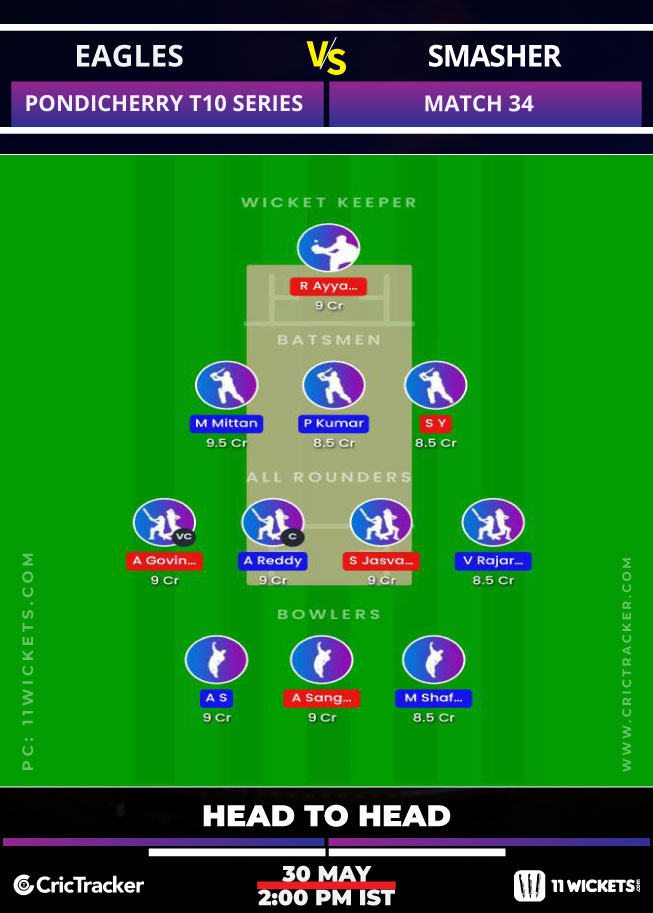 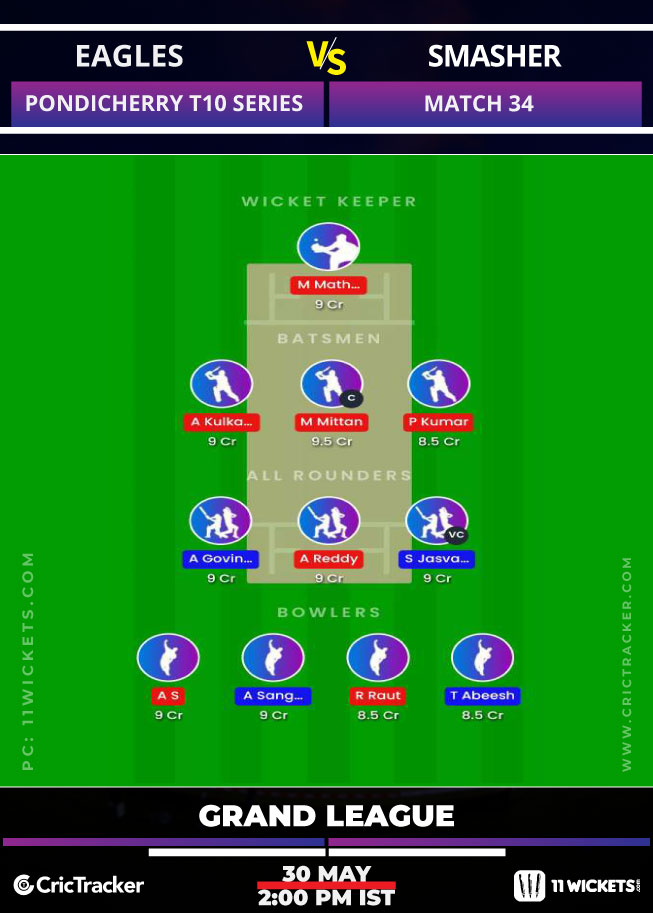