England XI will go one-on-one against Belgium in the 2nd Playoff of the ECC T10 tournament. With 4 wins from five matches, the tournament favourites England XI finished on the top of the table. They tasted the first victory against Belgium as they have been outplayed by the opposition on Tuesday. Belgium managed to win 3 of their five matches and finished 2nd in the team standings with 7 points.

They lost their previous encounter against Spain as they failed to defend the total of 96 runs posted by them. Belgium will be keen to find their momentum back without wasting any time. Hence, we are going to witness a cracker of a contest between these two top-quality sides on Thursday.

The conditions are still in favour of the batters. They need to hang in there for long to put huge runs on the board, whereas the bowlers need to stick to their game plan.

Harrison Ward is a hit or miss type batsman who can fetch valuable points for your fantasy team. He has scored 363 runs at an average of 30.26 and a strike rate of well around 250.

Sam Pearce has been the go-to man for his skipper. He is the leading wicket-taker in the ongoing tournament who has bagged 21 wickets in just 14 games.

Ali Raza has been the top run-getter for Belgium in this competition. He has scored 343 runs at an average of 28.59 including four fifties to his name.

Saber Zakhil is a key player for Belgium, who had made vital contributions with both the bat and the ball. He has notched up 277 runs at a strike rate of 236.76 and has also scalped 7 wickets, with the best figures of 3 for 31. 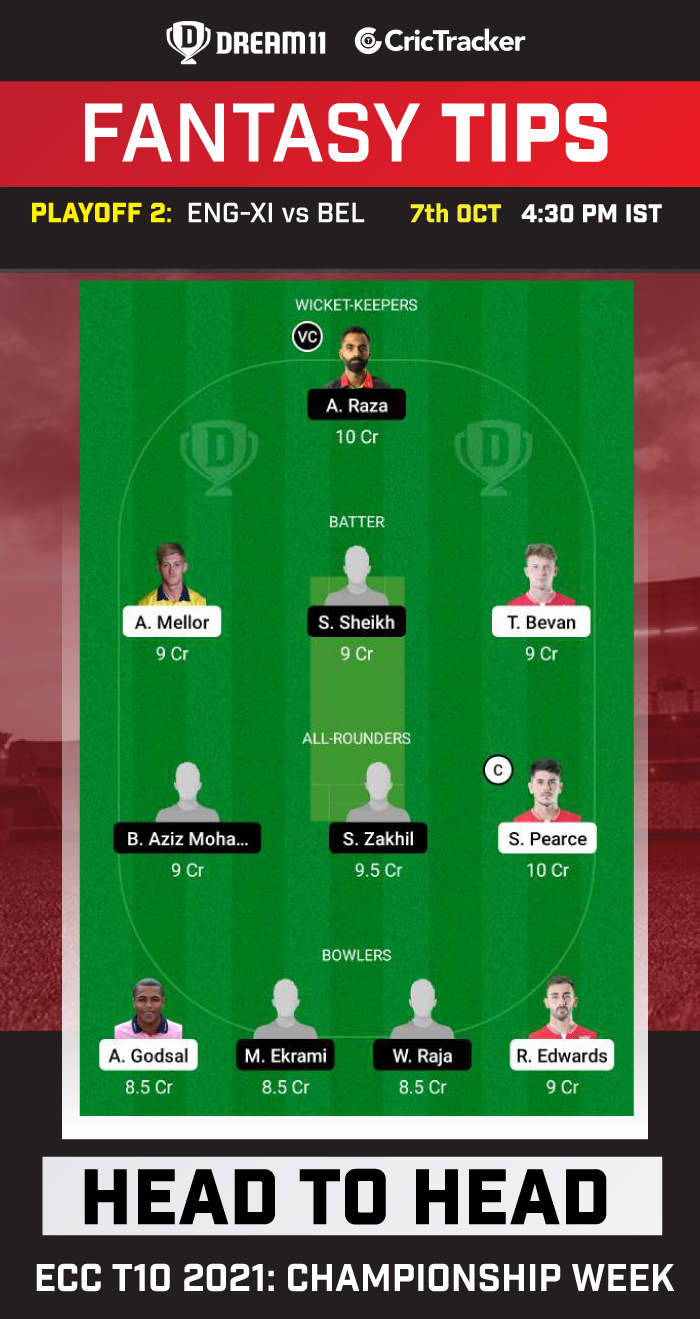 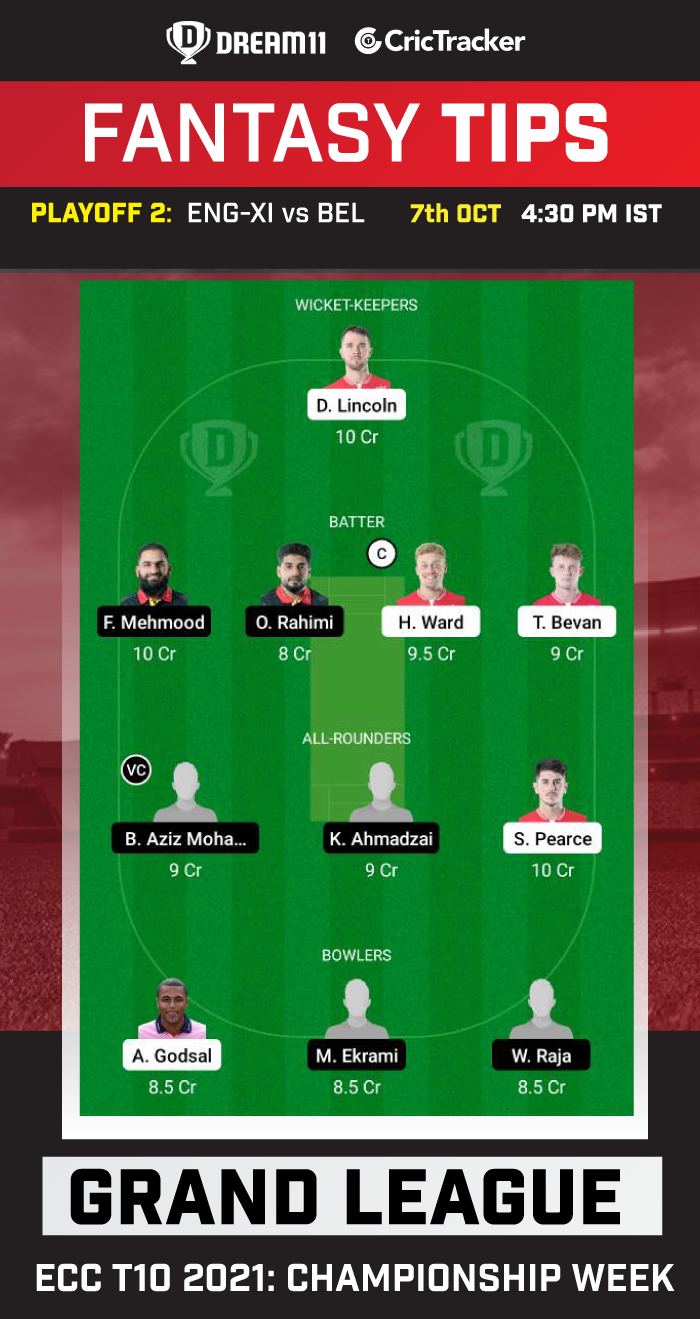