Romania are the favorites to win this match.

Romania will be up against Portugal in the 15th match of the European Cricket Championship 2021 on Wednesday. Romania didn’t get the greatest of starts to this tournament as they have lost 3 of their last 4 matches. They beat Hungary in their third match which gave them some sort of relief. They have placed themselves at the fourth spot in the Group B standings with 2 points.

Portugal, on the other hand, still searching for their first win in this tournament. They have lost all of the 4 matches played so far. They were nowhere close to victory in any of their matches. They currently sit at the bottom of the table with no points.

The team batting first has a good record of winning matches here. It won’t be easy for the teams batting second to chase the targets, and hence, whoever wins the toss should bowl first.

Taranjeet Singh has been the star player for Romania. In 4 matches in this competition, he has mustered 108 runs at an average of 27 at a strike rate of 200 and has scalped a wicket as well.

Sami Ullah is a useful pick in the all-rounders’ category. In 4 matches he has collected 46 runs with a strike rate of 200 and has picked up 3 wickets as well.

Amir Zaib had impressed with his all-round performances in the first 4 matches. He has scored 81 runs at an average of 20.25 and has also picked up 6 wickets, with the best figures of 3 for 22.

Sharn Gomes has provided good starts while opening the batting for Portugal. He has collected 77 runs in 4 matches so far this tournament, with the highest score of 30.

ROM vs POR Must Picks for Dream11 Fantasy Cricket: 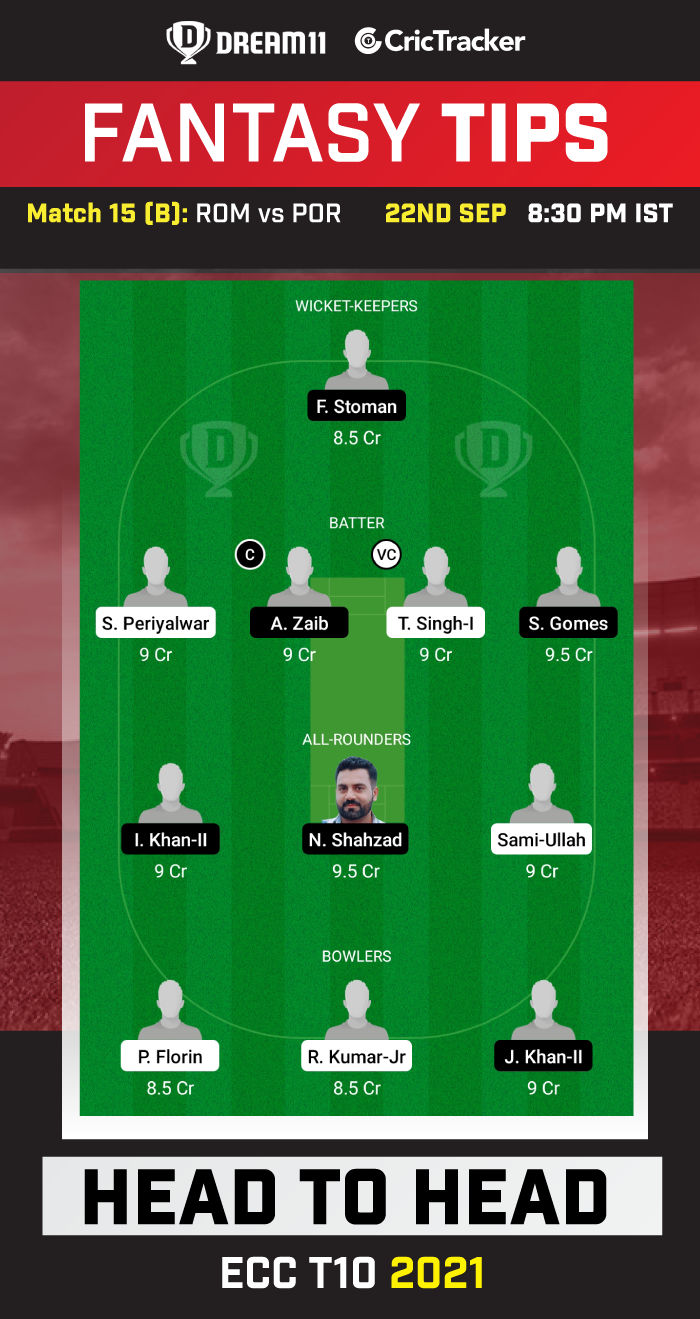 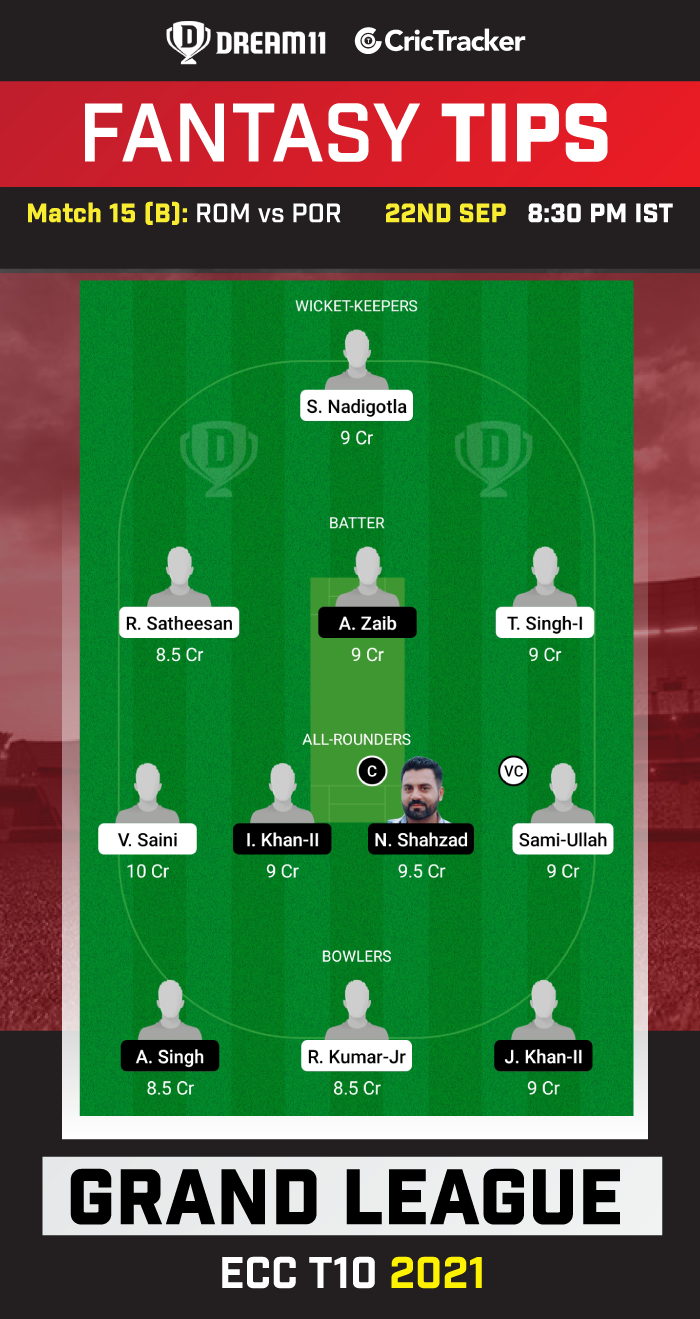 Romania are expected to win this match.