Satyajit Sengupta has scored 77 runs with help of a fifty and also claimed three wickets during the league stage.

The Eliminator match in the Championship Weekend of 2020 ECN Czech Super Series T10 will be played between Prague Spartans Vanguards and Prague Barbarians Vandals at the Scott Page Field in Prague.

Prague Spartans Vanguards and Prague Barbarians Vandals will clash off in the Eliminator match in the Championship Weekend of 2020 ECN Czech Super Series T10. The Spartans Vanguards were the champions during the Week 2 of the Czech Super Series T10 while the Barbarians Vandals were the champions of the 3rd Week. A 47-run defeat on Sunday morning against Vandals cost the direct qualification for the Vanguards after an unbeaten first day. Interestingly, the same result helped the Vandals to make through to the Eliminator even after losing both games on Saturday.

The Scott Page Field is expected to be under clouds on Sunday afternoon without any interruptions.

The Scott Page Field has been quite a high-scoring venue in this championship weekend with the average first-inning score reading 103. Though the chasing teams won only two of the six matches, the batting first sides won with a margin less than ten runs in three of the remaining four games.

Satyajit Sengupta has scored 77 runs with help of a fifty and also claimed three wickets during the league stage.

Sabawoon Davlzi scored 120 runs in three innings with a best score of 73 and also picked up four wickets at an economy below ten. 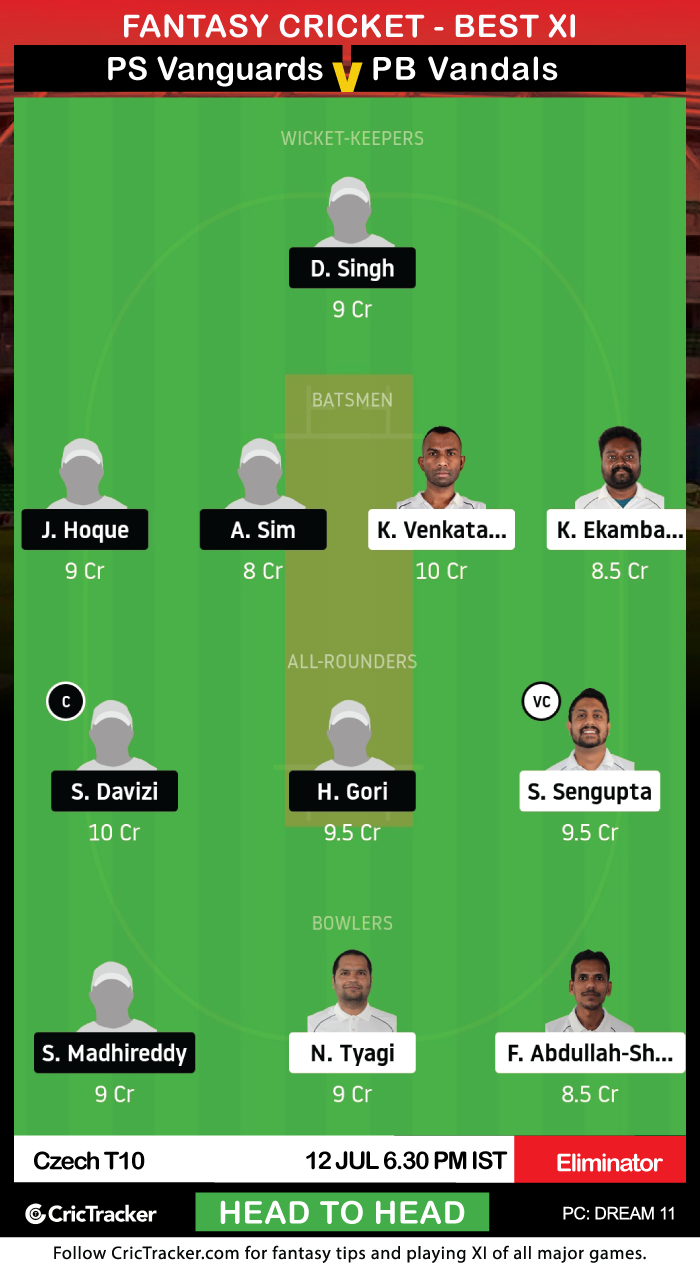 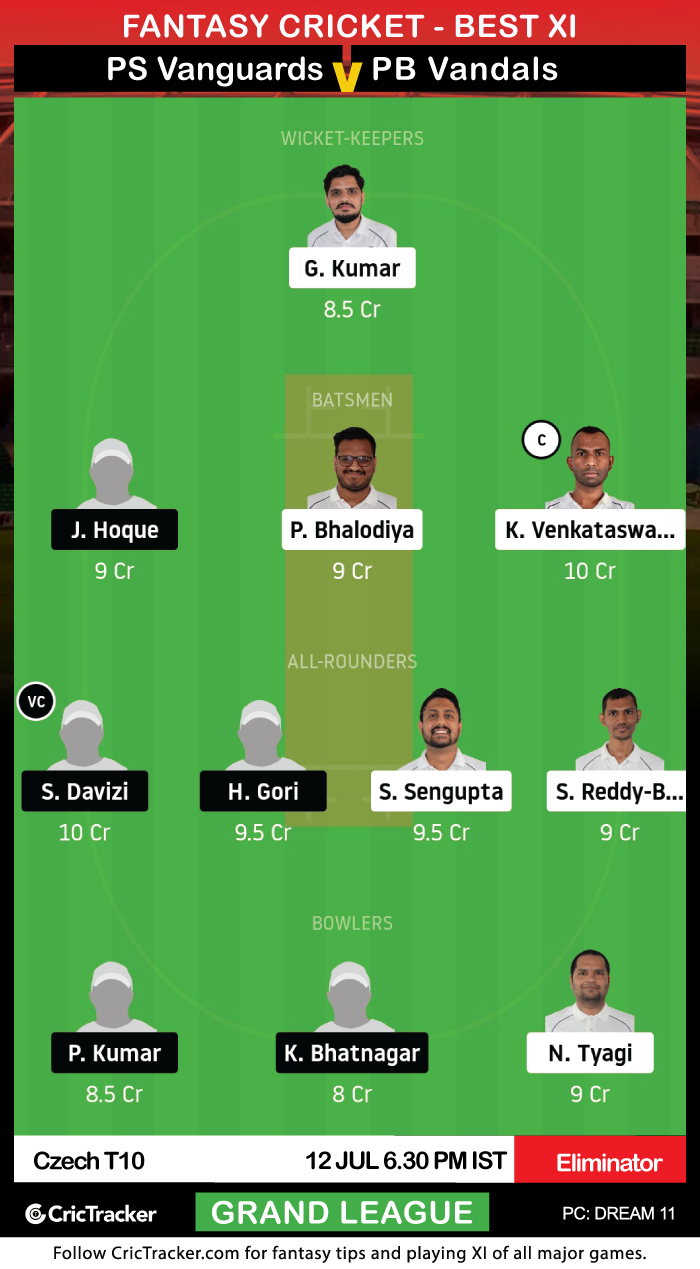 Sabawoon Davlzi has easily been the most consistent player of the tournament thus far which is why not naming him as captain or vice-captain would cost big time. It is the reason why we took a risk by making Kranthi Venkataswamy the captain but Davlzi remained as vice-captain.

Prague Spartans Vanguards are expected to bounce back against Prague Barbarians Vandals in the Eliminator.