Sudesh Wickramasekara has a 35-ball century to his name in T20I Cricket.

The 3rd match in Group 1 of 2020 ECN Czech Super Series T10 between United CC and Prague CC Kings will be played at the Vinor Cricket Ground in Prague.

The Prague CC Kings will begin their campaign in the Czech Super Series T10 when they face the United CC. The Prague CC Kings are not only the favourites of the Group 1 matches but also whole tournament due to the presence of International stars. Hilal Ahmad, Sudesh Roy Dias Wickramasekara, Sameera Maduranga and also their captain Arun Ashokan have experience of playing T20Is for the Czech Republic team. The Union CC team will play this game after being part of the tournament opener against Prague Barbarians Visigoths.

The Saturday afternoon at the Vinor Cricket ground is predicted to be wet with scattered thunderstorms.

The Vinor Cricket Ground is likely to be a tricky venue for chasing big total as seen during the last year’s division one and two T20 competitions. The venue recorded 150+ totals almost every second match. The team batting first has won whenever they got to that mark. Hence, anything over 80 is considered to be a winning score here.

The Czech International, Sudesh Roy Dias Wickramasekara has a great record in domestic matches as he bagged 131 wickets in 87 matches alongside scoring more than 3000 runs with 6 centuries and 18 fifties. Sudhir Gladson is an experienced batsman in the Prague Kings team who has scored 1904 runs in the 120 domestic matches played with help of 9 fifties. Abhimanyu Singh has played only seven domestic games across all formats where he scored 172 runs at an average close to 25 with two fifties. Mustafa Nawab has bagged 19 wickets across 13 domestic games including a 5-wicket haul and also scored 130 runs. 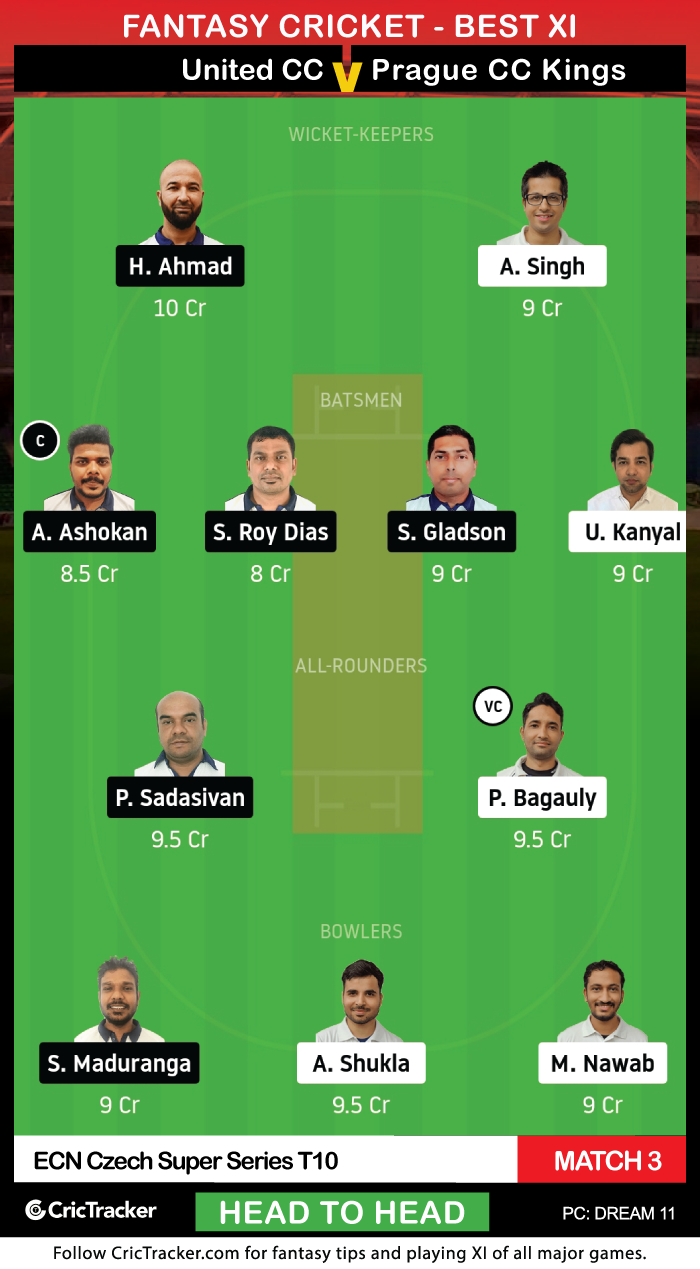 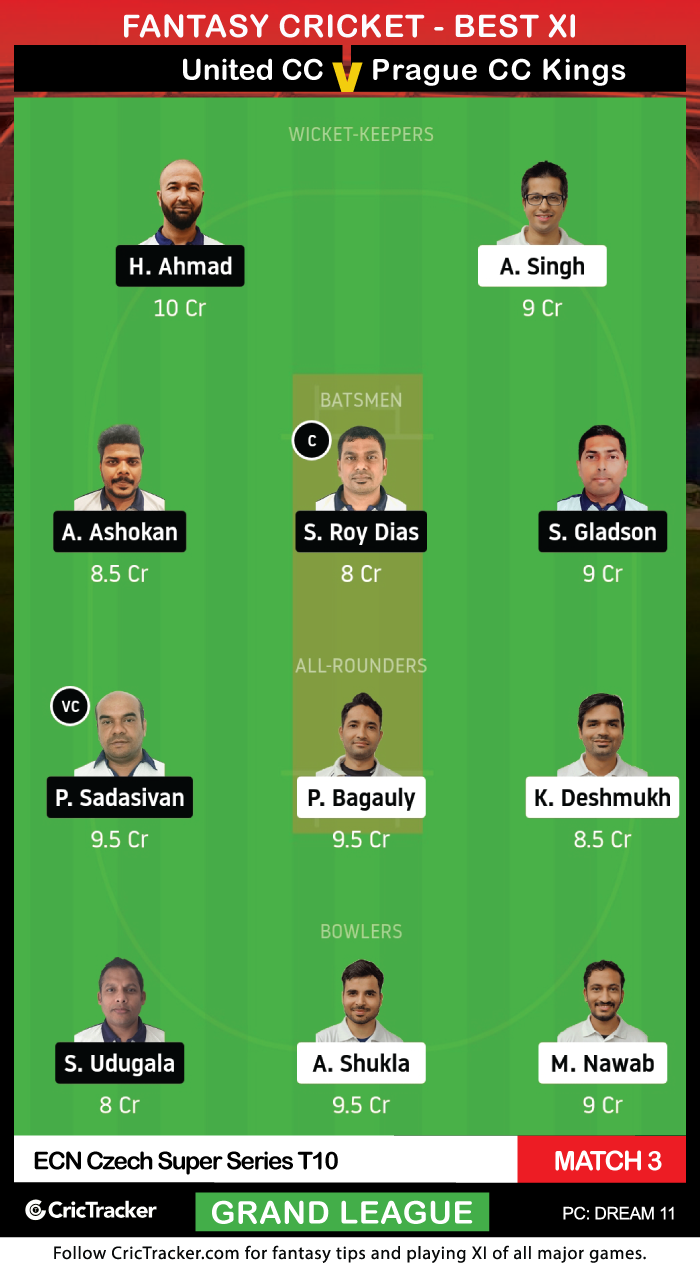 Sudesh Roy Dias Wickramasekara, commonly known as Sudesh Wickramasekara, jointly holds the record for the fastest T20I hundred along with Rohit Sharma and David Miller. The place of Sudesh seems to be quite wrong as he is a consistent batsman and a useful bowler as well. He is placed in the batsmen’s category and costs only 8 credits.

The experienced International players will help the Prague CC Kings to get better of Union CC team.