Brigham Smith has claimed a total of 79 wickets at an average of 16.24 across 56 domestic league matches.

The 4th match in the Week 2 of ECN Czech Super Series T10, 2020 between Vinohrady Rossos and Prague Spartans Vanguards will be played at the Velvary Cricket Ground in Prague.

Vinohrady Rossos and Prague Spartans Vanguards will conclude the matches on Saturday after they face off in the 4 PM local time match. The Spartans will be on the field for back to back matches as they will play against Vinohrady Biancos before taking on the Rossos. On the other hand, Vinohrady Rossos will be led by Edward Knowles, the T20I cricket for the Czech Republic. The Rossos contains a total of five International cricketers with the other being Shoumyadeep Rakshit, Paul Taylor, Siddarth Goud and Shaun Dalton.

The chances of rain are expected to get decreased by the evening at the Velvary Cricket Ground.

The Velvary Cricket Ground is expected to be a little flat in the evening as the weather is expected to be improved. Anything over 80 can be a winning score if we go by the last week’s matches. Even targets of 70-75 could be tough to chase depending on the outfield provided.

Thomas Sturmey scored 677 runs at an average of 33.85 across 24 domestic league matches. Thomas scored those with help of seven fifties with a best score of unbeaten 95. Santhosh Bemmireddy is a decent option in the category of batsmen where he costs only 8 credits. He scored close to 200 runs in 17 league matches in Czech domestic and also picked up 20 wickets. 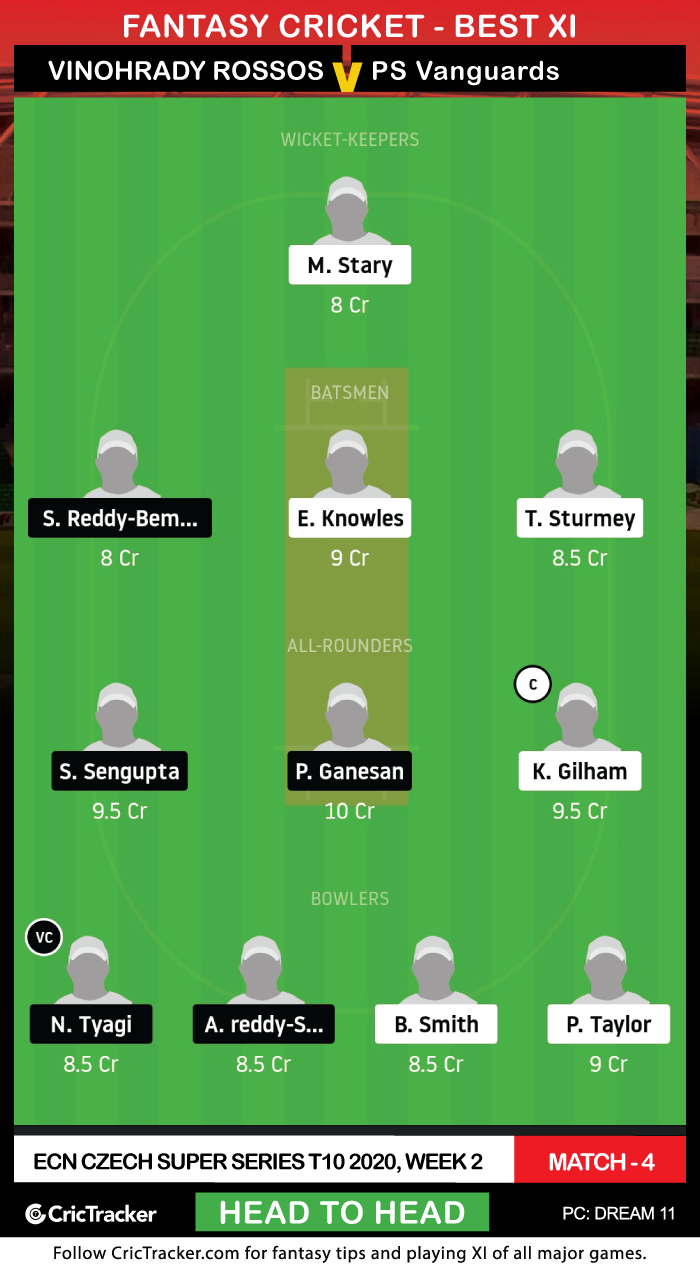 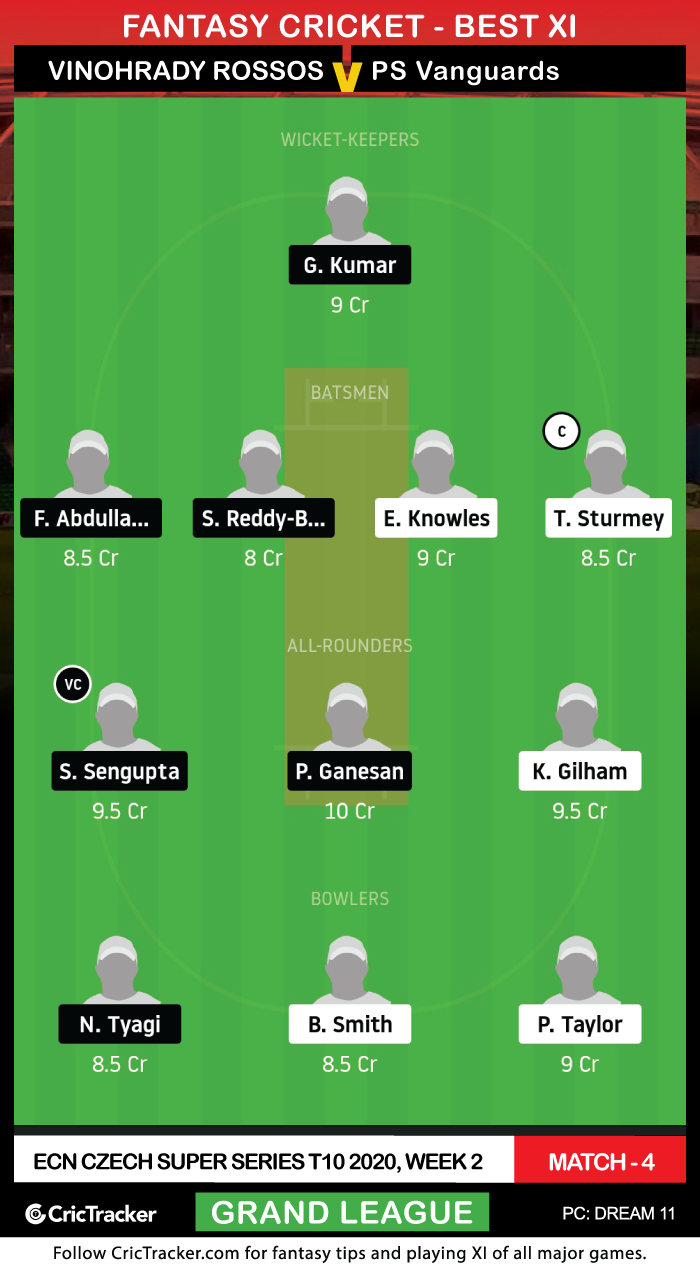 The Czech International Shaun Dalton is quite popular in the fantasy leagues but we have not picked him in any of our fantasy teams. He has been in terrible form with the bat recently as he bagged as many as five ducks in the recent domestic season.

The start-studded Vinohrady Rossos is likely to edge past the Prague Spartans Vanguards.