Rahat Ali can be made a surprise vice-captain in Grand Leagues. 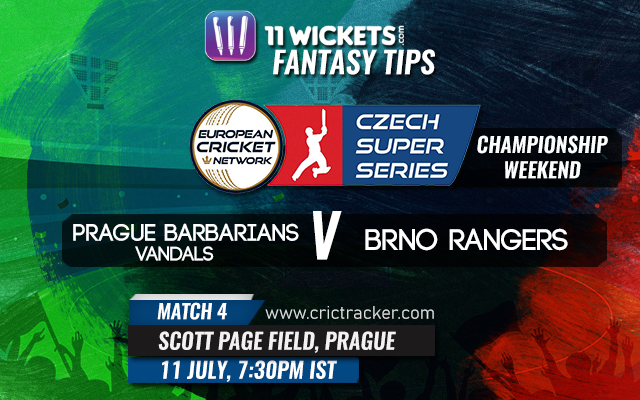 The 4th match of the ECN Czech T10 Super League is scheduled to be played between the Prague Barbarian Vandals and the Brno Rangers, at the Scott Page Field in Prague.

The fourth match of the Championship Weekend of ECN Czech Super Series will see the Prague Barbarian Vandals taking on the Brno Rangers on Saturday. Both the sides will have played one match each by then and it will be interesting to see how they fare in this encounter. Expect them to give their best efforts as a performance in this match will more or less decide their fate.

The conditions will continue to be overcast but there is no chance of rain at all. The temperature will hover around 15-20 Degrees Celsius.

The surface is expected to favour the batsmen despite this being the fourth consecutive match on it. Opting to bat first after winning the toss is the best option.

Sabawoon Davizi, with 154 runs and six wickets to his name, is the best option to make Captain for this match. Honey Gori is another top pick for this match while Divyendra Singh is a pretty underrated all-rounder and can make an impact. For the Rangers, will back Somesekhar Banerjee to come good in this match along with Rahat Ali and Tripurari Lal. 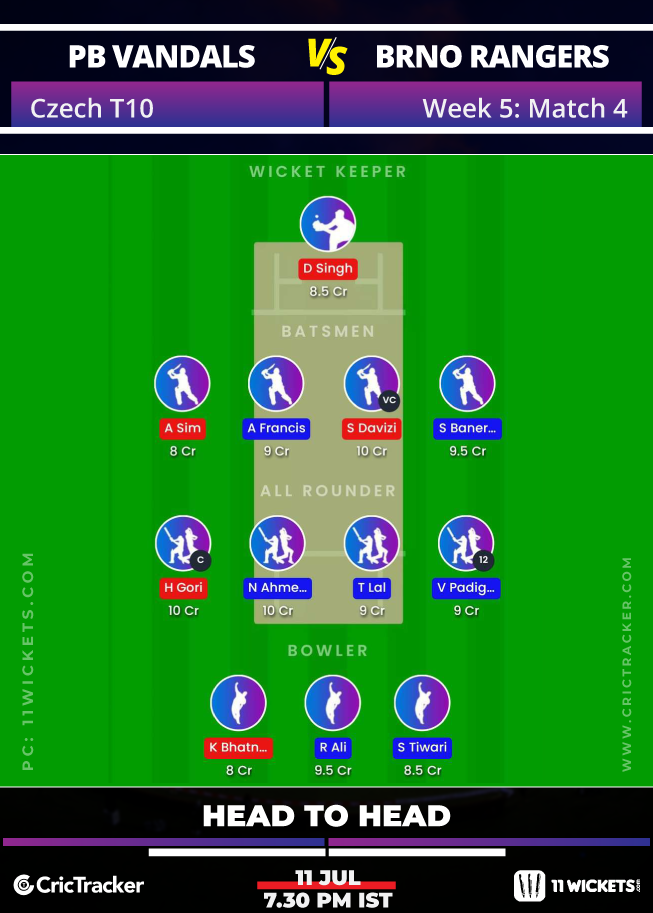 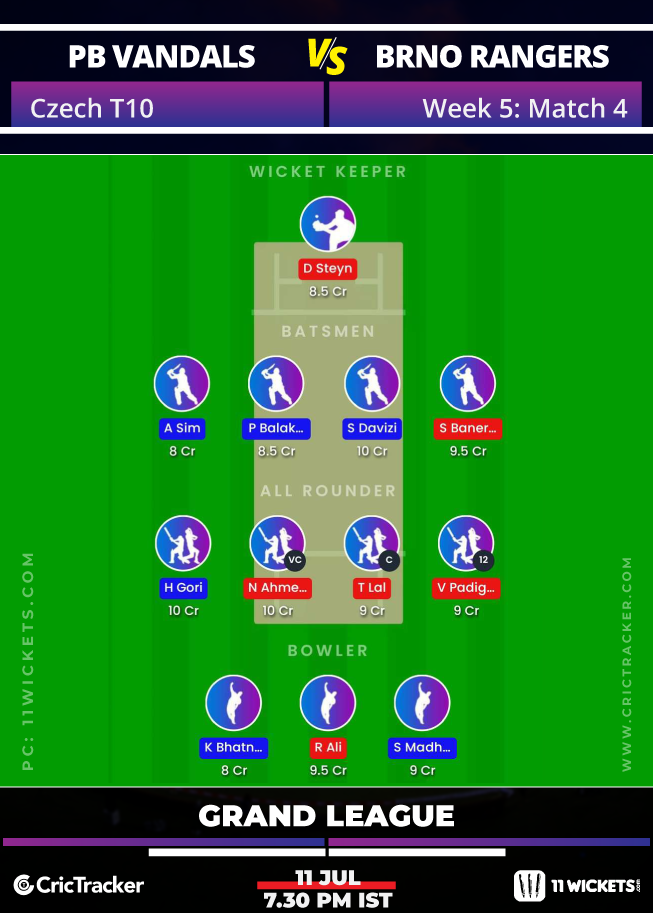 Rahat Ali can be made vice-captain in GLs thanks to his eight wickets in four matches in the previous Czech Super Series.