Rahat Ali is a good option to make Vice-Captain in any of your teams as he is the main wicket-taker.

The 4th match of the ECN Czech T10 Super League is scheduled to be played between the Prague Barbarian Vandals and the Brno Rangers, at the Scott Page Field in Prague.

Having played one match each, the teams will be entering the encounter with an equal amount of time on the field, with the players all warmed up and in the groove, giving their best performances. Both the teams will also have a fair idea about the playing conditions on the ground as the same venue is being used for all the matches being held over the weekend.

The Rangers will hold an upper hand over the Vandals as they had won all the three matches last week while the Vandals had lost one and won two. This may not seem that significant but, it will definitely make a difference.

The conditions are likely to be overcast, with some sporadic sunshine, but cloud cover will be there through most of the match. And, the temperatures are expected to be in the range of 15 to 20 degree Celsius. The match is likely to be completed without any hindrance at all.

By the time, the match in focus will be played, the ground would have already seen some weather changes and 3 matches being completed on the pitch. But, in spite of that, the pitch is certainly expected to hold up well and stay true to its nature of favouring the batsmen, with some things in store for the spinner to.

Sabawoon Davizi who had 154 runs to his name in 5 matches, including a half-century and a strike rate of 169.23 in the previous week he played in along with Honey Gori who had 95 runs at a similar strike rate and Divyendra Singh will be the ones having the duty to score runs for their team and get them to a decent total. And, the bowling unit that will take care that the opposition does not set a high target or chase down what they are supposed to, will comprise of Sabawoon Davizi and Sagar Mahireddy, both of whom had 6 wickets each to their name in the previous week.

Brno Rangers will be counting on their batting unit’s star, Somesekhar Banerjee who had 52 runs in 4 matches in the last week, pairing up with Ushan Gunathilake who had scored 45 runs, or Vikram Padigala to score the runs they need. While the bowling will be taken care of by Rahat Ali, who was the highest wicket-taker in the last week he played in with 8 wickets to his name in 4 matches, joining him would be Tripurari Kanhya Lal, who had 6 wickets in the last week. 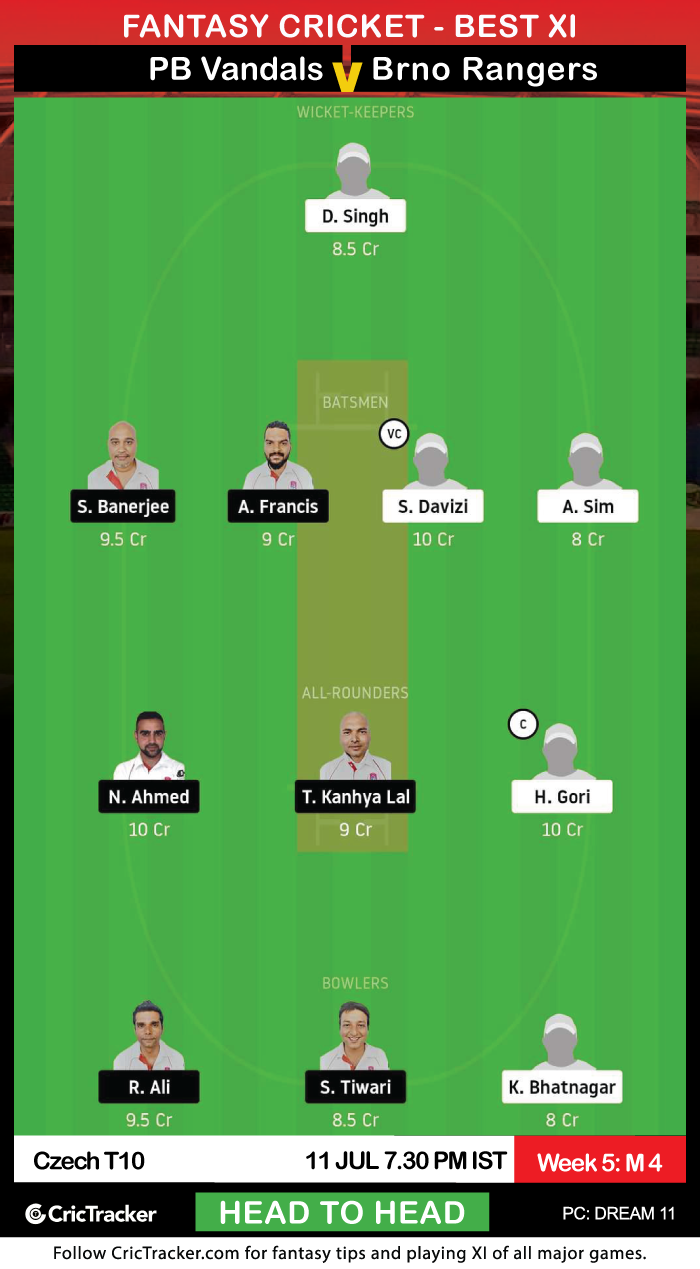 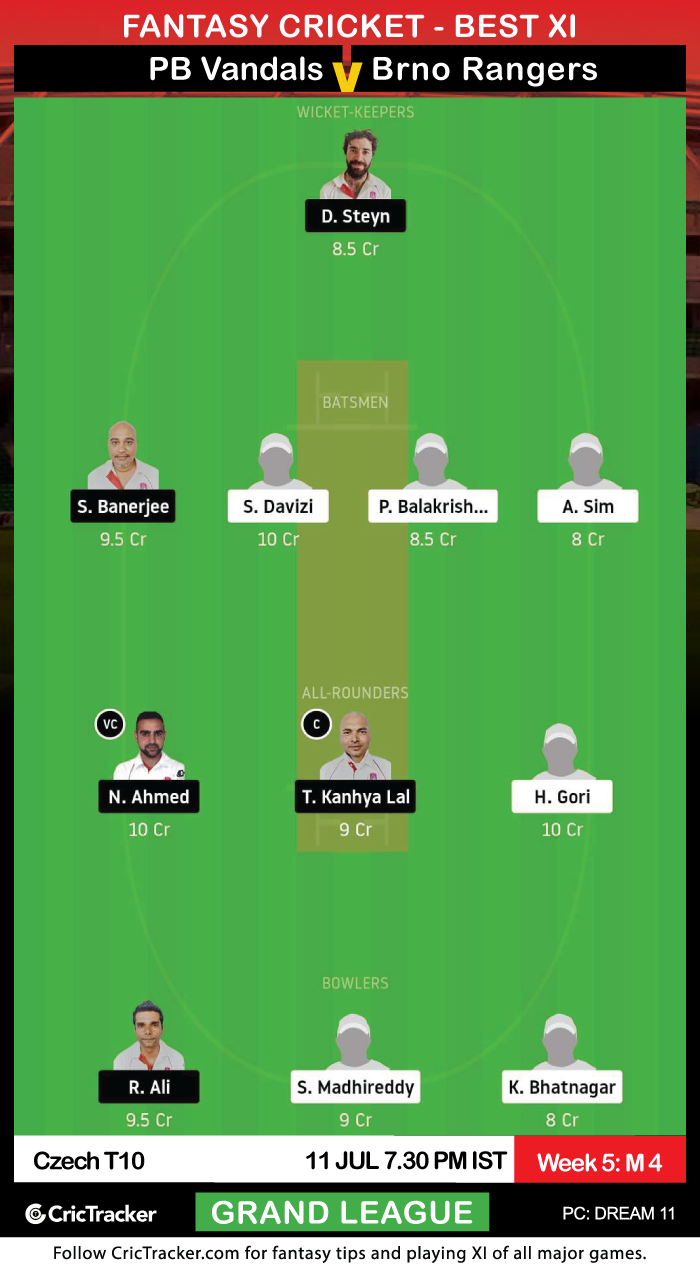 Rahat Ali is a good option to make Vice-Captain in any of your teams as he is the main wicket-taker.