Heading into this crucial game, both the teams will aim to bring their best game to the fore in order to clinch the title.

Falco and Catalunya Tigers will battle it out against each other in the summit clash of ECS Barcelona, 2021. The former had a splendid run in the tournament wherein they won six matches from the eight they played in the tournament. The team finished at the top of the points table.

Catalunya Tigers also were impressive throughout the competition. They entered the finals after having secured victories in five games from eight they played. Heading into this crucial game, both the teams will aim to bring their best game to the fore in order to clinch the title.

The surface is expected to be inclined towards the batters. The bowlers will need to bowl in tight lines and lengths in order to scalp wickets on this deck.

Zeeshan Raza has smashed 240 runs at an average of 40.00 from seven matches. He will be determined to continue his good run for the team in the important match.

Shabaz Ahmed has scalped a total of six wickets from seven matches. He can be a good pick for this match.

Waqas Meraj has been exceptional for the team. In the tournament so far, he has picked up 11 wickets from six matches. He can be a good player to bank on for this match.

Asjad Butt has scored 140 runs from six matches for the team. He will aim to make a larger impact on the side and can be a good player to bank on for this game. 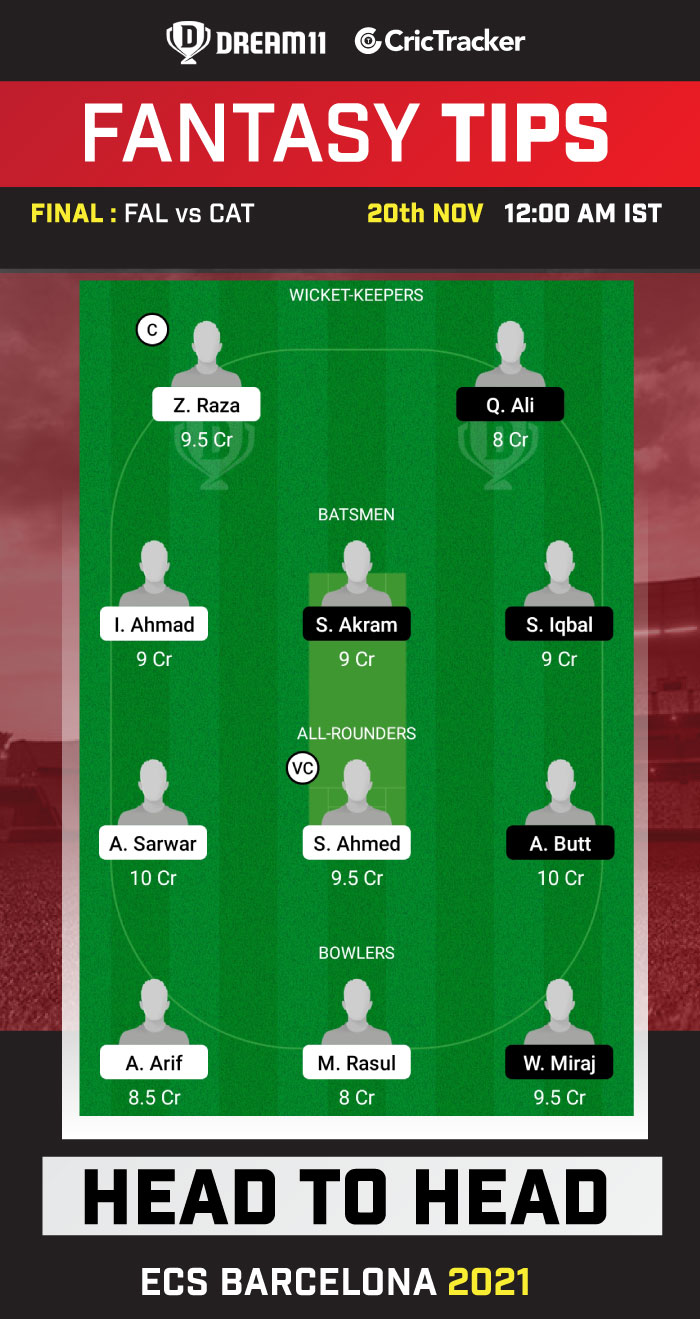 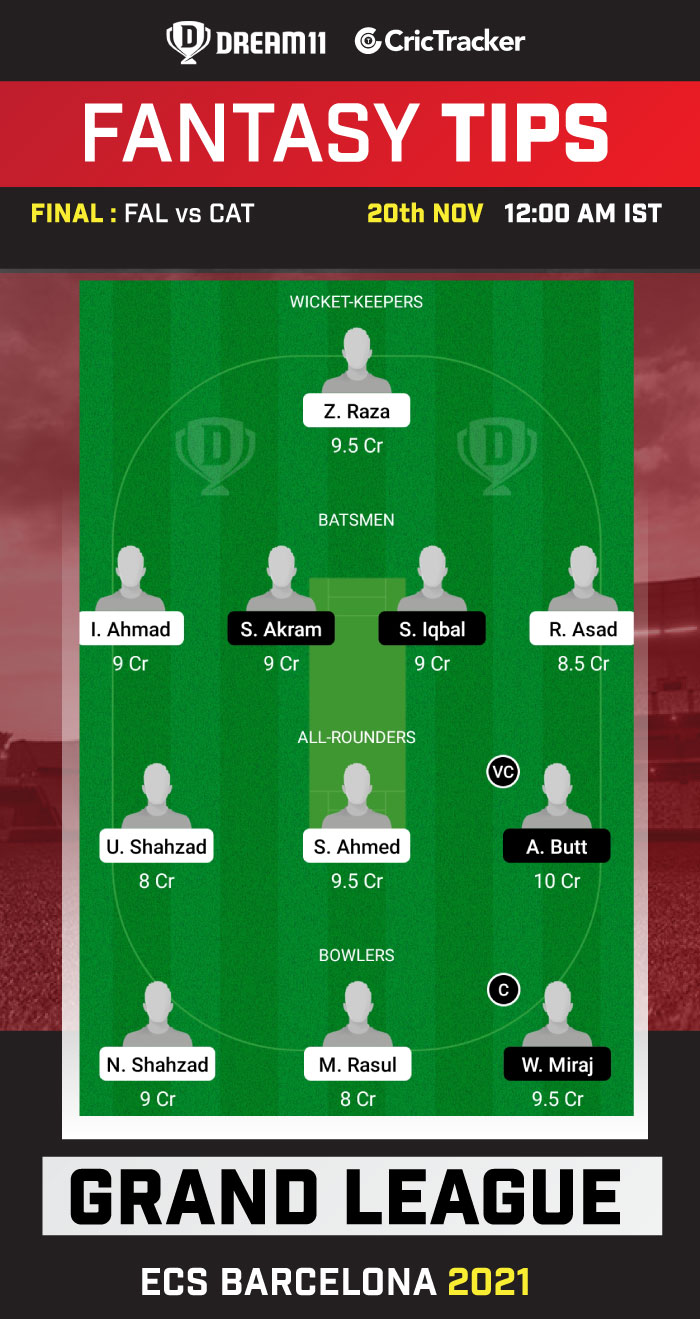 Falco is expected to win this match.