Zeeshan Raza batted at a strike rate of 257.89 in the last match against Hira Sabadell.

Falco will be up against Montcada Royal in the 27th match of the ECS Barcelona 2021 on Sunday. Falco are unbeaten in this tournament. They won their first two matches against Fateh and Hira Sabadell, whereas their third fixture was washed out due to rain. They placed themselves in the middle of the standings with 5 points in their bank.

Montcada Royal, on the other hand, hasn’t got many opportunities to fully express themselves in this tournament. They have played 3 complete matches, and out of those, they have managed to win only one. They got a much-needed break of 3 days and they need to start fresh from now on.

The wicket is still fresh enough to score runs and the bowlers have found their rhythm in the last few matches. It’s not that easy to chase targets of more than 100 runs here.

Zeeshan Raza has contributed well with the bat in the first two matches. He has scored 49 runs at an average of 24.5 and a strike rate of 233.33.

Adeel Sarwar is a match-winner for Falco, not only with the bat, but he can pick wickets whenever needed. In 2 matches in this tournament, he has scored 40 runs and picked up 3 wickets.

Hamza Saleem made a decent start into this tournament. He has scored 77 runs in 3 innings at an average of 25.66 and has picked up a wicket as well.

Arif Majeed has added 48 runs in 3 innings so far in this competition at a strike rate of 160 and has also picked up a wicket as well.

FAL vs MR Must Picks for Dream11 Fantasy Cricket: 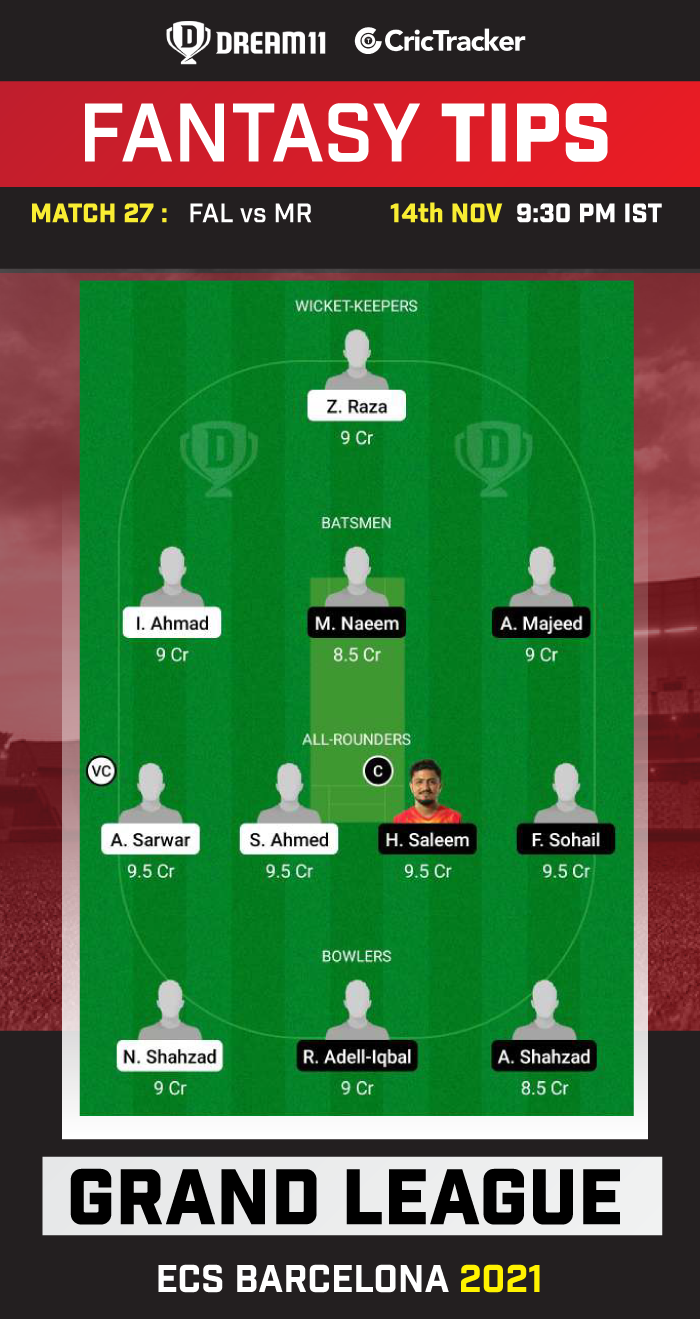 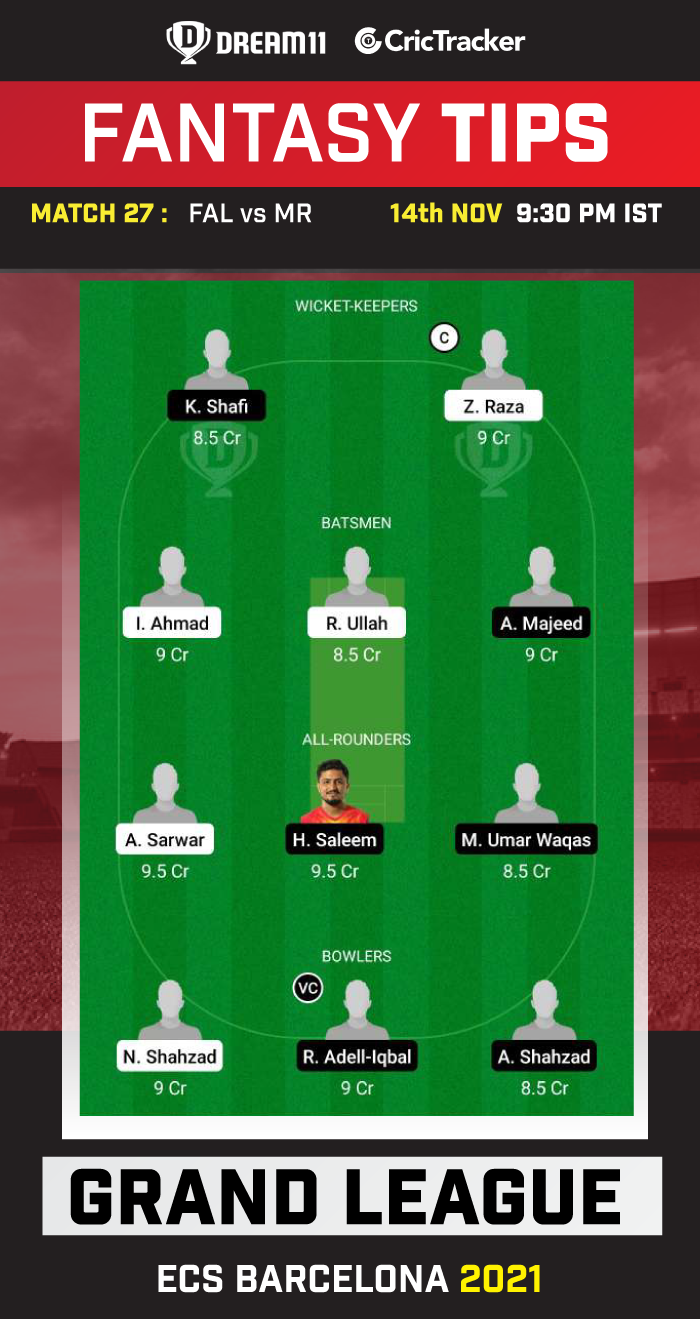 Montcada Royal are expected to win this match.