Kuldeep Lal has looked in good form in the tournament so far.

Hawks and Gracia will battle it out against each other in match 30 of the ECS Barcelona 2021. The former have looked quite impressive in the tournament so far. They have secured victories in three matches from the five that they have played in the tournament until now.

Gracia, on the other hand, are placed at the sixth position of the points table. They have won two matches from the four that they have played so far. Both the teams will aim to dominate the proceedings in this match.

The bowlers will have to maintain their line and lengths in order to reap rewards on this surface. The batters too might get enough assistance from this deck.

Sohail Muhammad has chipped in a total of 67 runs in the tournament so far. He can be a good player to bank on for this match.

Muhammad Sanaullah has scalped nine wickets at a healthy economy rate from five matches so far. He will be determined to perform for the side.

The captain of the team, Heera Mahey has picked up three wickets at an impressive economy rate in the tournament so far. He will look forward to making an impact on the side.

Kuldeep Lal has looked in good form in the tournament so far. He has scored 158 runs from three matches so far. 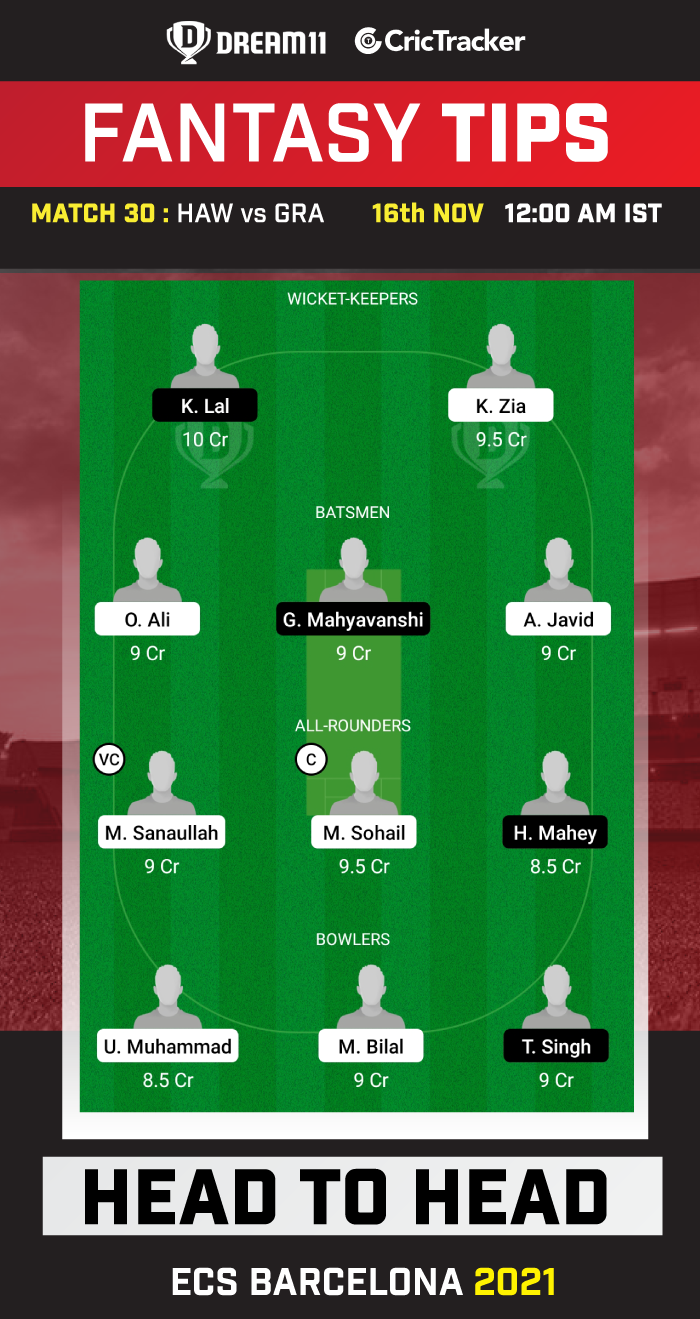 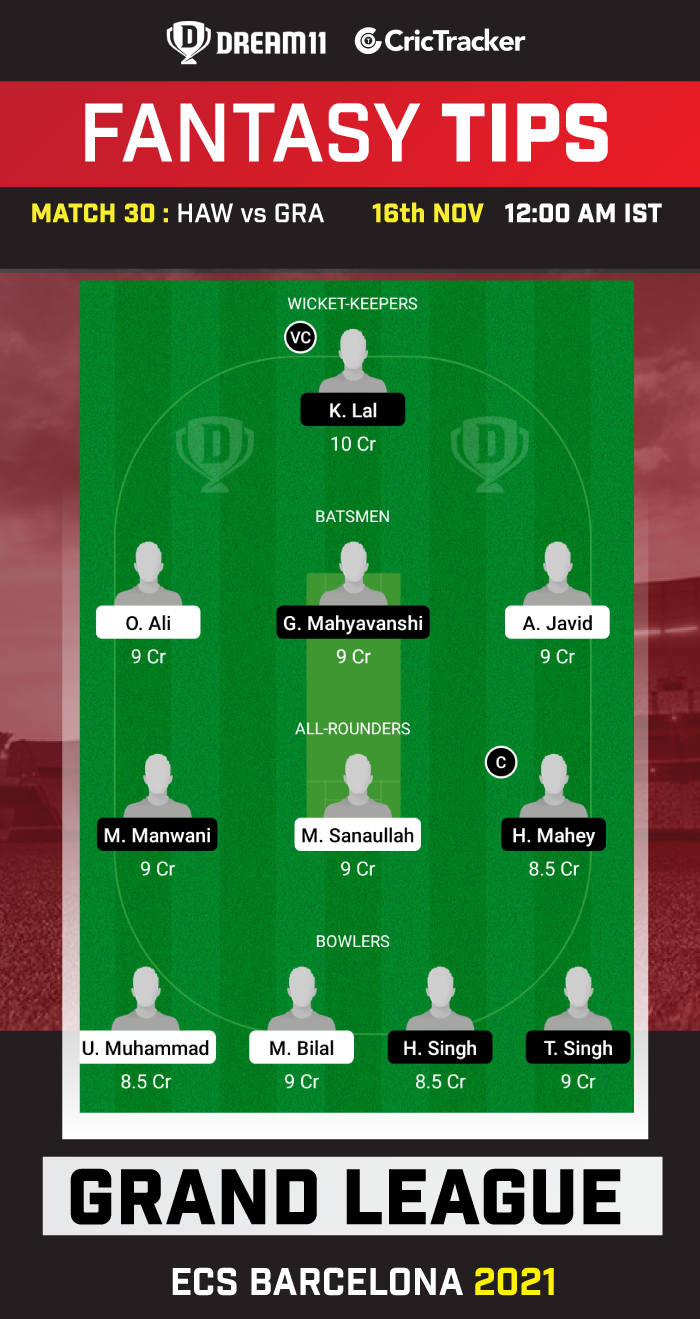