Falco will take on the Gracia in the 31st match of ECS Barcelona 2021 at the Videres Cricket Ground in Girona. Falco had a good time in the tournament, as they won 3 out of the five matches they played. Their first loss in the competition come against Punjab Warriors when they failed to defend the total of 82 runs posted by them.

Gracia on the other hand is also on the same boat as Falco in this tournament. Gracia won their previous match against the Hawks by defending the total of 102 runs posted by them. They are currently relying on the 2nd spot with 4 wins from six matches.

Adeel Sarwar will be a good pick for your fantasy team. He has scored 117 runs that he played at an average of 39 and picked up 3 wickets as well.

Muhammad Sheraz has been economical with the ball. He has taken 4 wickets at an economy of 7.62 and will be looking to better his numbers in the next match.

Gurwinder Bajwa has been consistently performing with the bat for the Gracia team. He piled up 141 runs at an average of 47, with the strike rate hovering above 180.

The skipper of the side Heera Mahey is a must pick player for your fantasy team. He has scored 104 runs at an average of 52. He has scalped 6 wickets at an economy of well below 5. 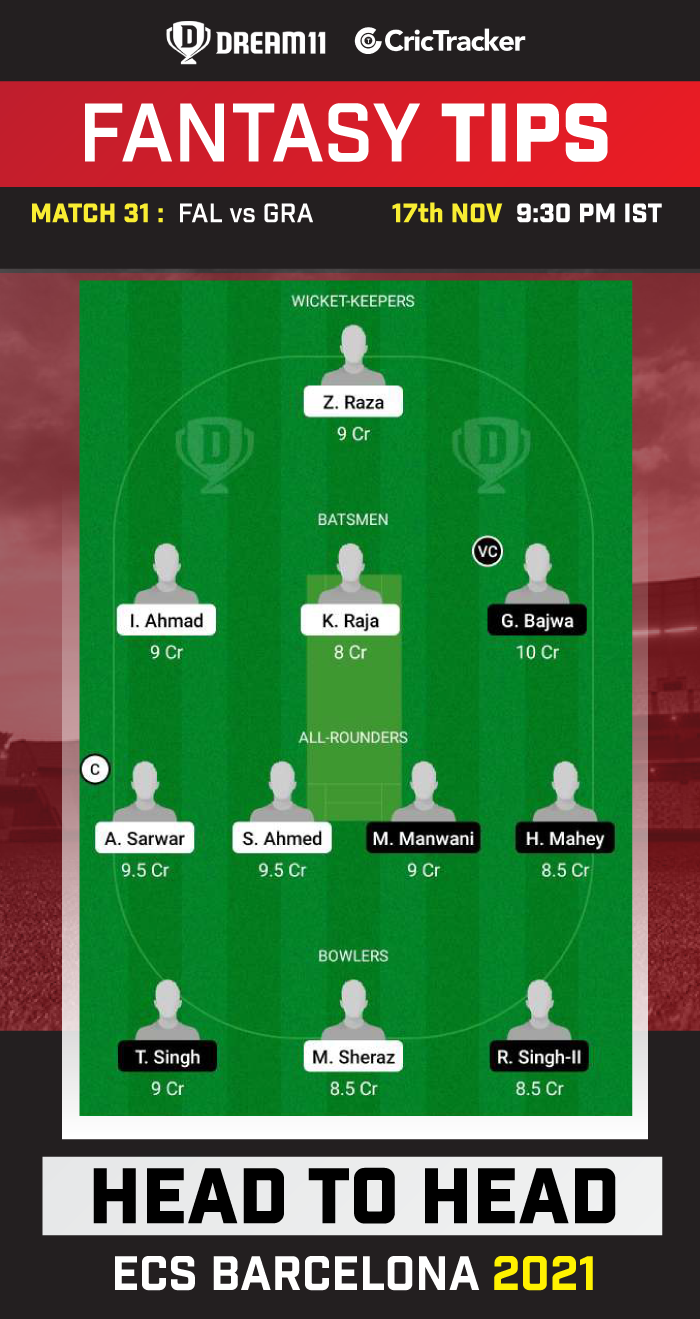