Catalunya CC is going to clash with Falco in the 32nd match of the ECS Barcelona 2021 at the Videres Cricket Ground in Girona. Catalunya CC are looking in good form, having won 3 out of the last four matches they played. They will be looking to continue the winning momentum in the upcoming match as well.

Coming to Falco, they too had a good time in the tournament, having won 3 out of the five matches they played. However, they lost their previous encounter against Punjab Warriors as their bowlers failed to defend the total of 82 runs posted by them. Hence, we can expect a competitive battle between these two teams on Wednesday.

Muhammad Armghan Khan is the highest run-getter for Catalunya CC in the ongoing tournament. He had amassed 111 runs in six matches that he played at an average of 37.

Yasir Ali has performed well with both the bat and the ball in the last match. He picked up 2 wickets and remained unbeaten on 38 runs, which helped his side to win the match against Gracia.

Adeel Sarwar will be a good option for your fantasy team. He has scored 117 runs at an average of 39 and picked 3 wickets as well.

Hassan Ali is the other player to be picked up from the Falco camp. So far, he has picked 3 wickets in this tournament, with the best figures reading 2/12. 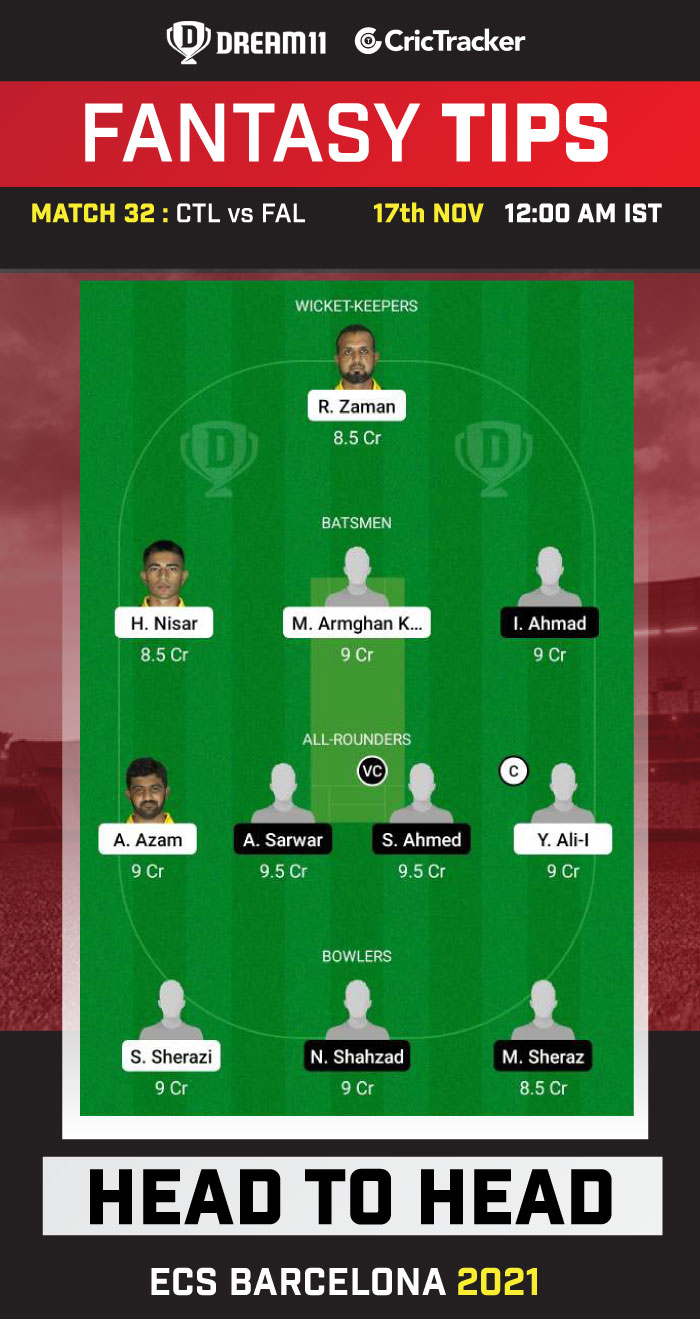 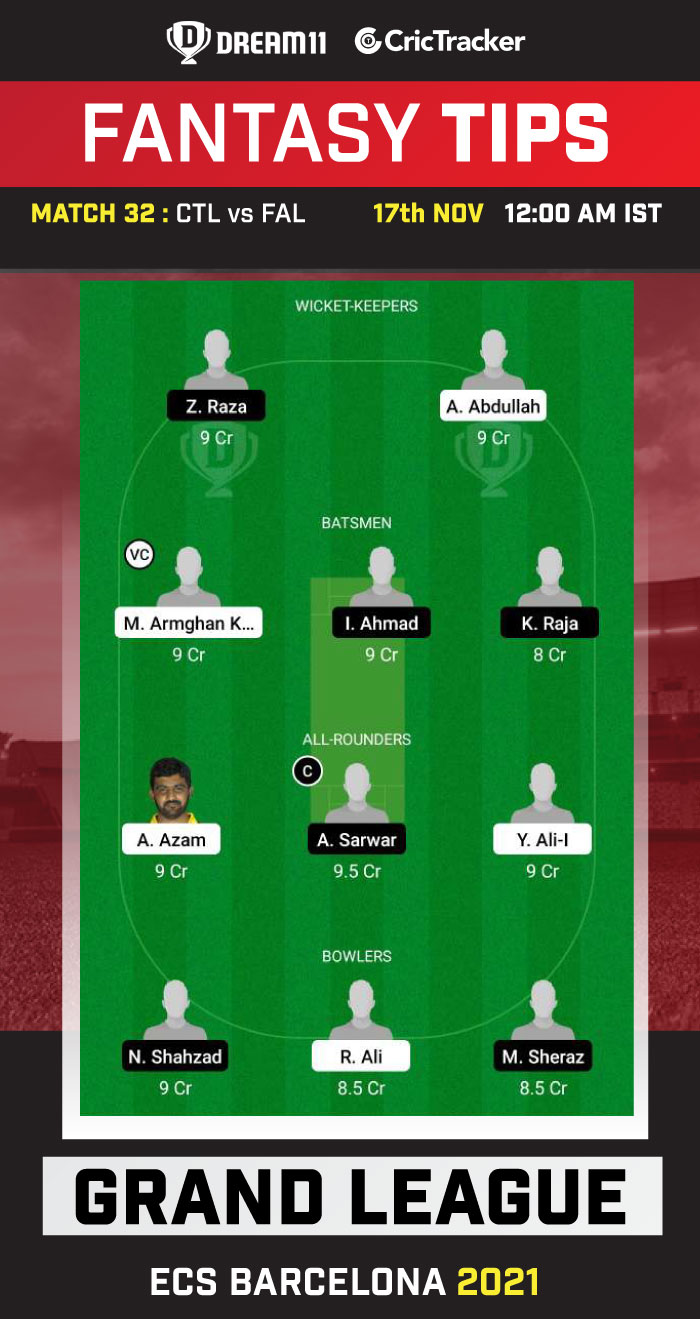