Split India Brodosplit need to win their remaining 2 matches to stay in the hunt for knockouts.

Belgrade will go head-to-head against Split India Brodosplit in the 15th and 16th matches of the ECS Croatia 2021. With 3 wins and a loss, Belgrade have placed themselves at the second spot in the standings with 6 points. They lost their first match against Zagreb Sokol and didn’t look back thereafter and won three consecutive matches on the trot.

Split India Brodosplit are out of form at the moment having lost their last 4 matches. They need to ensure they must win their remaining 2 matches to give themselves a chance of qualifying for the playoffs. They occupy the fourth spot in the standings with 4 points.

Considering this format, the wicket looks a balanced one. Even the bowlers are having a great tournament with the ball so far. Even the score of 90 is defendable if the bowlers stuck to their plans.

IPL 2021: Aakash Chopra picks his best XI of the season

Alexander Dizija is playing his part for Belgrade. He has scored the most runs for his side in this tournament with 139 runs in 4 matches at an average of 46.33 and a strike rate of 169.51.

Wintley Burton is giving good starts to his side at the top of the order. He has accumulated valuable 127 runs in 4 matches at an average of 42.33 and a strike rate of 176.38.

Kuruvilla Abraham is second on the list of most run-scorers in this competition. In 6 matches, he has notched 179 runs at an average of 44.75 and has even picked up 5 wickets at an economy of 8.9.

Frajeesh Vallupara has scalped 8 wickets in 6 matches in this tournament at an economy of 7.81, with the best figures of 4 for 12. He also has scored 25 runs with the bat.

BEL vs SIB Must Picks for Dream11 Fantasy Cricket: 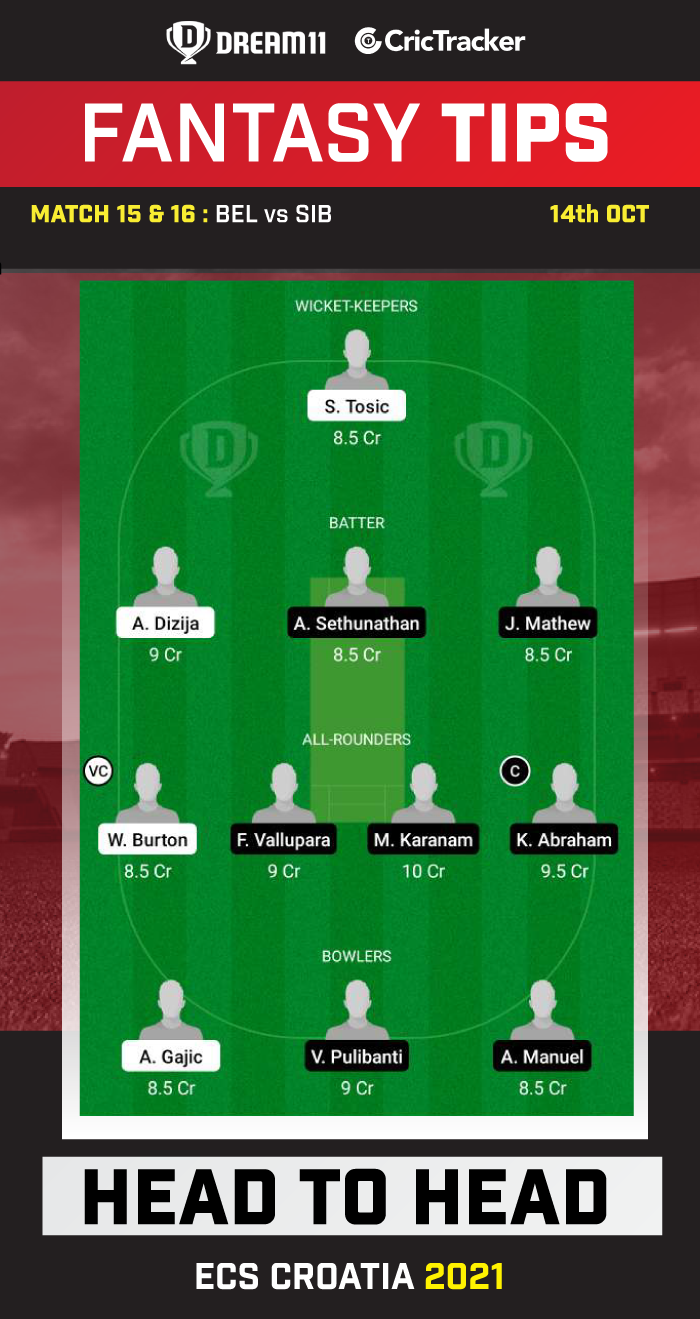 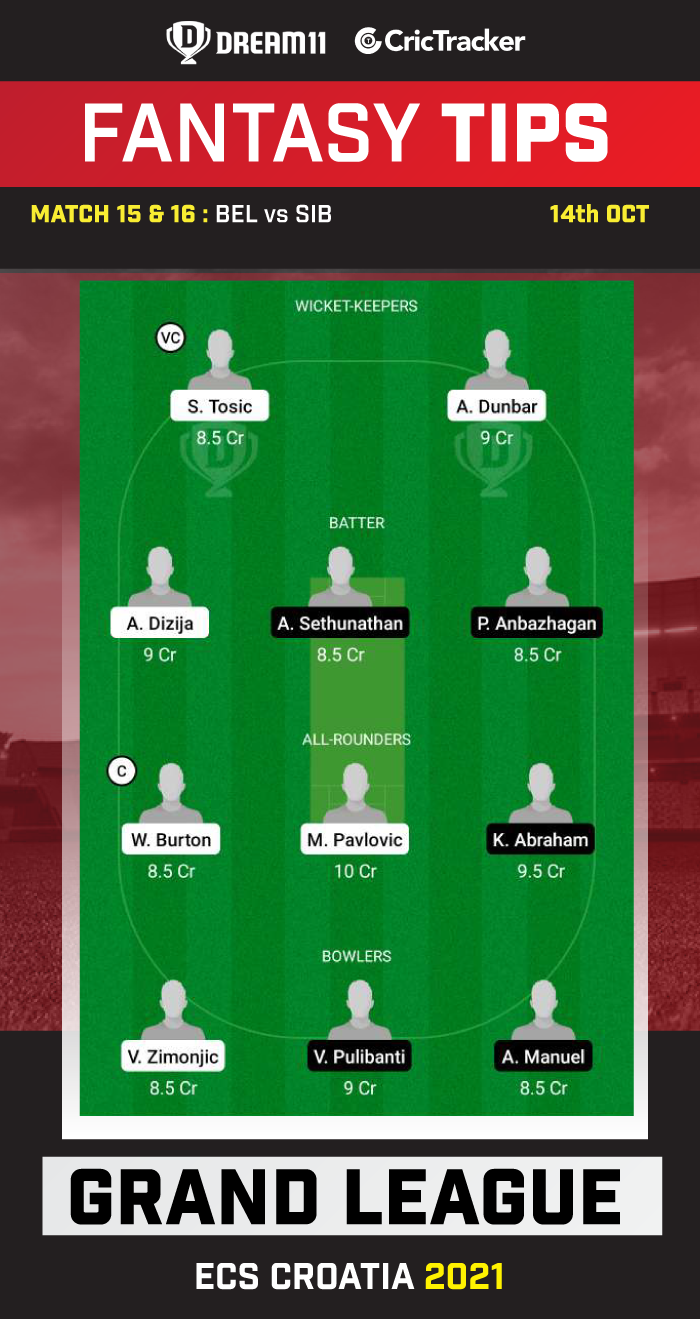 Belgrade are expected to win both matches.