Peter Amaan is the first bowler to get a 5-wicket haul in this tournament.

Sir Oliver Split will take on Zagreb Sokol in the 9th and 10th matches of the ECS Croatia 2021 on Wednesday. Sir Oliver Split didn’t start well in this tournament, as they lost two back-to-back matches against Split India Brodosplit by 38 runs and 46 runs. It is evident that they have failed as a batting unit, and they need to do well in their upcoming matches.

Zagreb Sokol moved to the top spot in the standings with 2 consecutive wins over Split India Brodosplit on Tuesday. They have played 4 matches so far in this tournament, and have managed to win 3 of those. Considering the start they have got, they are the favourites to win both matches against Sir Oliver Split.

Though the surface looks good for batting, it’s not easy for the batters to score runs at a quick rate. Even the score of 90 is defendable if the bowlers stuck to their plans.

Skipper Nikola Davidovic has done a reasonable job in the first two matches for Sir Oliver Split. He has scored 20 runs and has also managed to pick up 2 wickets.

David Skinner can be a good buy for your fantasy teams. In 2 matches in this competition, he has been able to score 21 runs at an average of 21.

Daniel Lazarides has been exceptional with the bat in this tournament. In only 3 innings, he has scored 112 runs at an average of 37.33 and a strike rate of 254.54.

Peter Amaan is a must-buy for your fantasy teams. In 4 matches in this tournament, he has picked up 9 wickets with the best figures of 5 for 16, and has also scored 69 runs with the bat.

SOS vs ZAS Must Picks for Dream11 Fantasy Cricket: 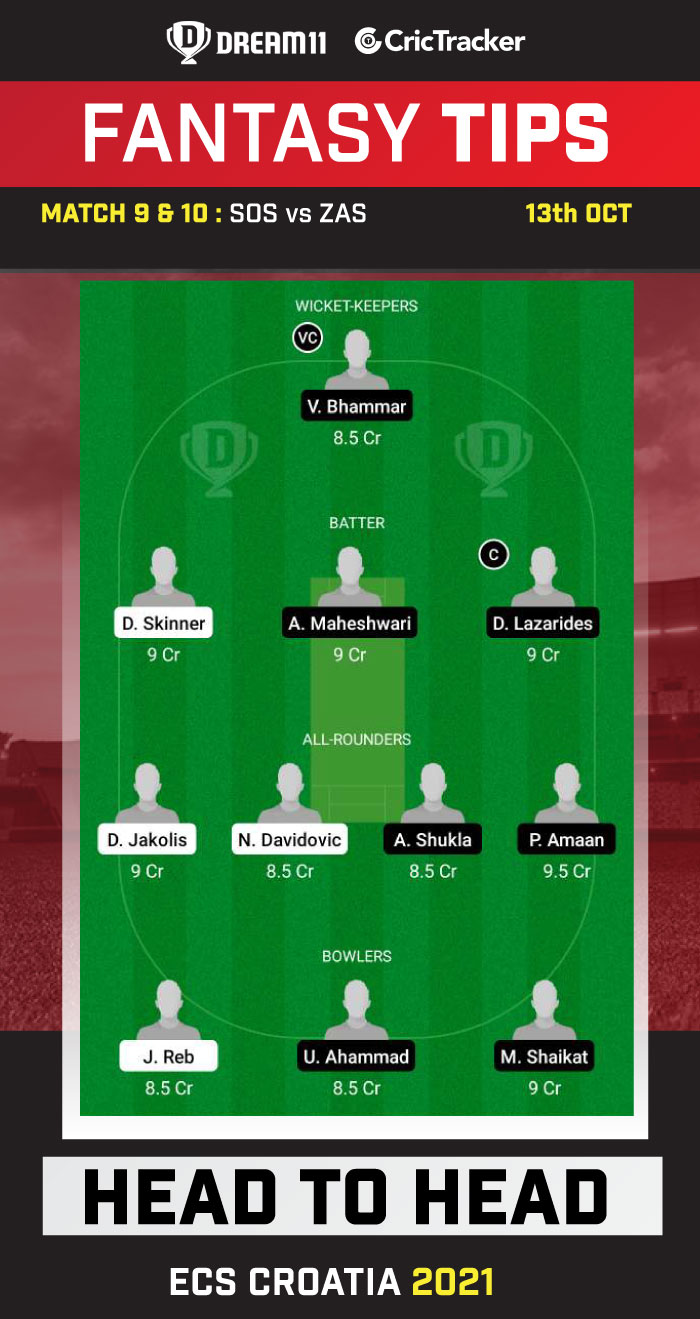 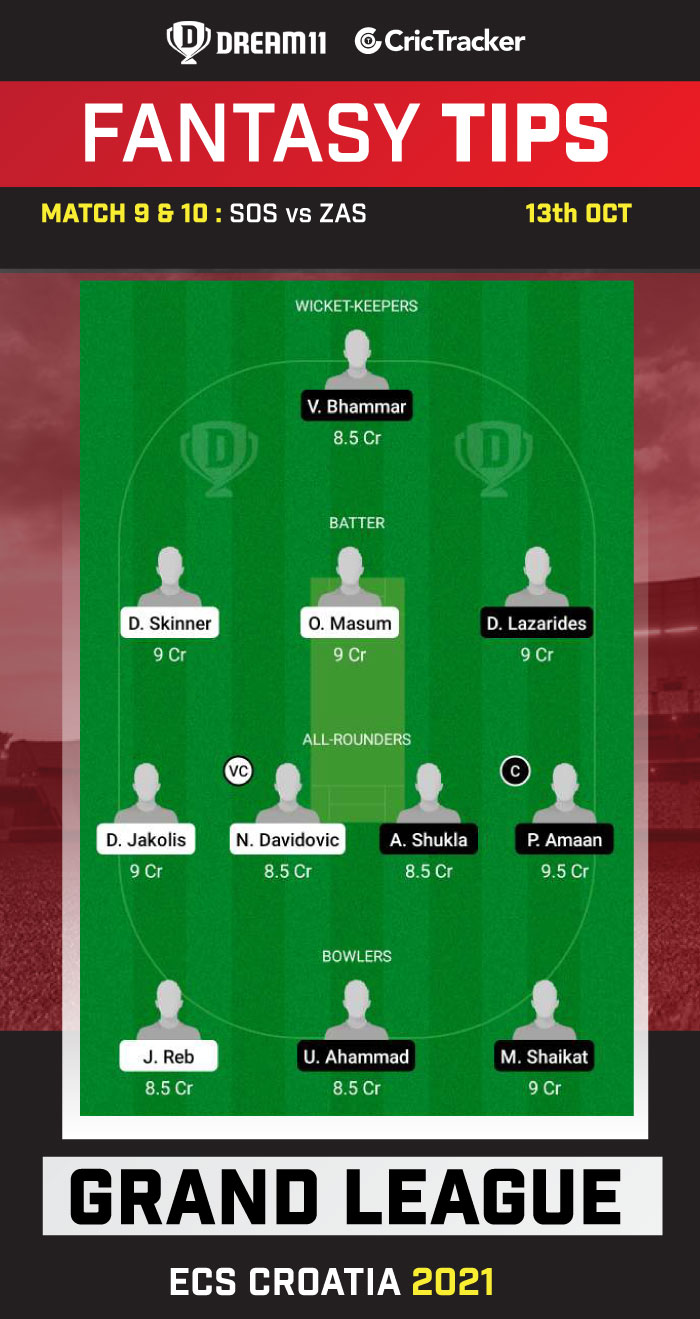 Zagreb Sokol are expected to win both matches.